Brad Fittler suggested it was unfair that Matt Burton was sin binned for his role in a State of Origin brawl during the series decider, and now the coach has lined up another shot, this time at the match review committee.

A Game 3 brawl in the opening minutes of the second half saw both Burton and Dane Gagai placed in the sin bin for punching, while Tino Fa'asuamaleaui was allowed to stay on the park despite being the third man in and appearing to put Burton in a headlock.

Fa'asuamaleaui was charged for his role in the incident, but not slapped with anything more than a Grade 1 dangerous contact charge.

Fittler said after the game that he was unclear how both states received the same punishment on-field with Fa'asuamaleaui not sent to the sin bin, and doubled down on his criticism when speaking on Channel 9s Sunday Footy Show on Sunday, suggesting it was "absolutely ridiculous" that Burton got fined more than Fa'asuamaleaui. 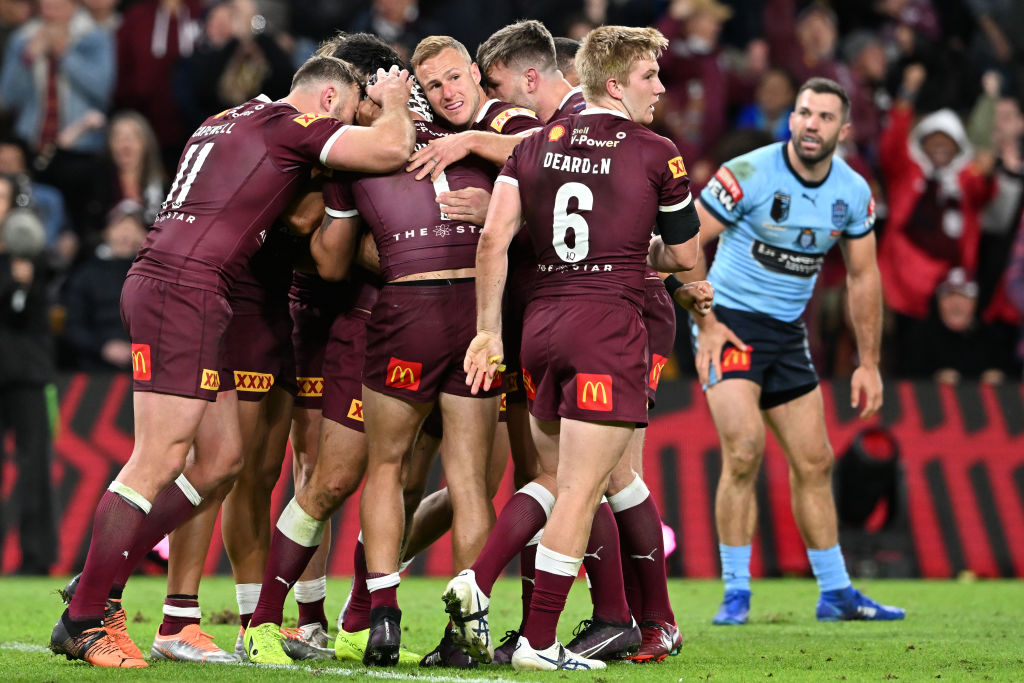 “The problem I had with it was Graham Annesley had come out during the week and spoke about the third man in should be sin-binned,” Fittler said.

“Tino was the third man in and he could have done other things other than put (Burton) in a pretty aggressive head lock, and the way that got treated.

“The fact is at the end of the day when it went to the (MRC) Matt Burton actually got fined more money than Tino.

“Matt Burton got fined more than Tino. I find that absolutely ridiculous.”

Fittler continued, suggesting that it was "soft officiating" to not sin bin the third man in.

“At the end of it Matt Burton has come out of it pretty ordinary, and to be fined more,” Fittler said.

“Given Annesley had come out during the week and spoke about the third man in should be sin-binned in regards to the Latrell Mitchell incident against Newcastle.

“Afterwards, to see (the fines), I thought that was just hopeless.”