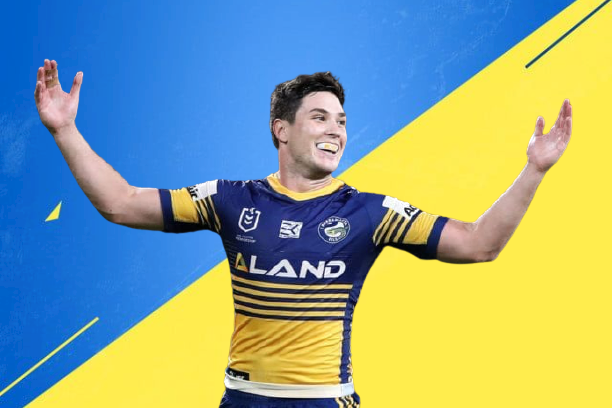 According to The Daily Telegraph, the star halfback has reportedly knocked back a mammoth rival offer from the Brisbane Broncos and will re-sign with the blue and gold.

The Broncos were willing to offer the star halfback $1 million, but he is poised to sign on at the Eels on a mega deal worth up to $3.7 million.

The offer would top $900,000 per season, with Moses keen on securing a four-year deal, while Parramatta are are discussing a three-year term.

But it is expected that both parties are expected to come to an agreement in a massive coup for Brad Arthur’s team.

The report states that Moses is still considering the Broncos’ offer, but has told friends he is happy at Parramatta and is keen to remain in Sydney near family and friends.

“It’s up to the club and Mitchell to sort out.

“I’m sure he will do the right thing for himself, the club and his footy career. Me and Mitch have been close for a number of years, I knew him many years before he came here. But it’s none of my business. If he wants to talk to me about it, I will be here but it is up to him and what he wants to do with his playing career.”

Moses has played 157 NRL games since making his first-grade debut for the Wests Tigers in 2014, before crossing to the Eels ahead of the 2017 season.

With Moses set to re-sign and Rabbitoh Adan Reynolds expected to join the Sharks, the Broncos are now expected to turn their attention to Shark Shaun Johnson.

The veteran playmaker is off-contract at the end of the season and currently far apart on a deal with Cronulla.