New South Wales Blues State of Origin coach Brad Fittler has played a dead bat to inquiries that he could become the next coach of the Canterbury Bulldogs.

Fittler has been in charge of New South Wales since the 2018 campaign and has won seven of 12 matches.

That has included three Origin shields out of four, with only 2020 acting as a blip on Fittler's otherwise unblemished record.

The former Penrith Panthers and Sydney Roosters great has been linked with head coaching roles following his single stint in charge at club level when he coached the Sydney Rosters between 2007 and 2009.

He has since coached NSW City in the annual City-Country Origin match, as well as five Tests for Lebanon alongside his Origin commitment. 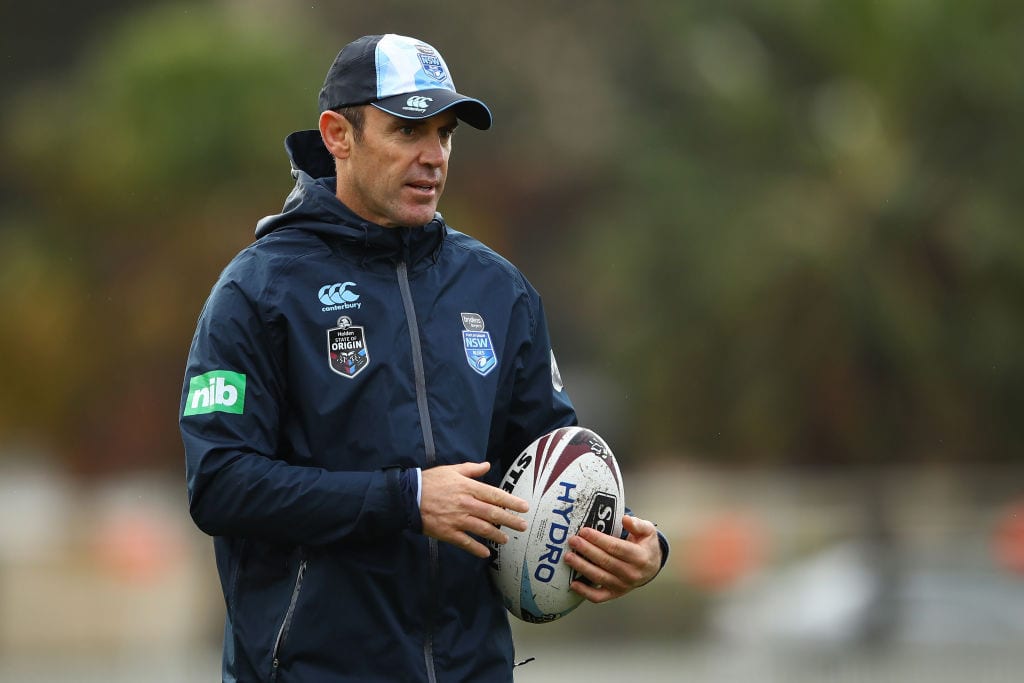 With Trent Barrett resigning from his post in charge of the Canterbury Bulldogs this week, and the club now searching for a new boss, Fittler's name was one which has been thrown into the ongoing speculation.

While it has been believed that either Shane Flanagan or Paul Green could be the preferred candidate at Belmore, Fittler is known to have a close relationship with Phil Gould through their New South Wales and Sydney Roosters links.

But speaking on SEN Radio on Tuesday, Fittler squashed the rumours, saying he is going to stick with the Blues.

“I’ll be coaching the Blues in a couple of weeks,” Fittler said on SEN 1170 Breakfast.

“I think I’ll stick to the Blues.

“I’ve got one job at the moment, that’s the walk with Royce and then the next one is to coach the Blues in a couple of weeks.”

The coach didn't necessarily shut the door on a club gig however, and continued to dead bat when further questioning was thrown his way by host Andrew Voss.

“Vossy, I’ve got one job at the moment and that’s to walk with Royce and the next one is to coach the Blues in a couple of weeks,’’ Fittler said.

The State of Origin series will begin on June 8, with teams to be selected in a fortnight.