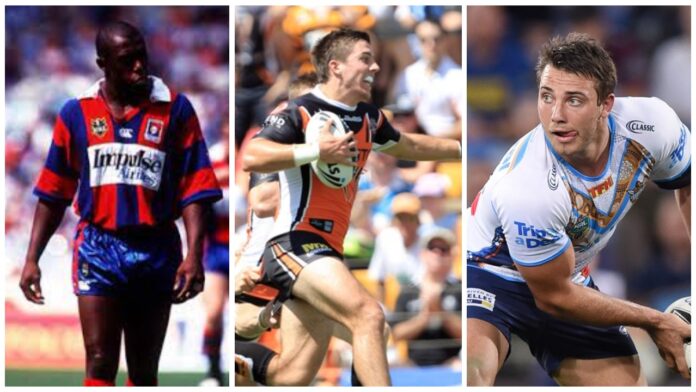 The likes of Sydney Roosters halfback Sam Walker, Warriors playmaker Reece Walsh and Wests Tigers winger Zac Cini have made stellar NRL debuts already this season, while this weekend’s Magic Round is set to see Jakob Arthur blooded at five-eighth for Parramatta.

Getting that initial call-up is an unforgettable career highlight for any player – the stuff of rugby league dreams. But not every debut follows the fairytale script.

Will Evans from This Warriors Life relives some of the most unfortunate maiden first-grade forays from over the years.

In 2007, Simpson became the first player since Parramatta livewire Dennis Moran a decade earlier to make his first-grade debut in a finals match, selected on the end of a reshuffled backline for injury-ravaged Brisbane to take on minor premiers Melbourne in the qualifying final.

But the 23-year-old Ipswich junior endured a torrid afternoon against the white-hot Storm, with opposing winger Anthony Quinn leaving him posted in no-man’s land to score the first try in a 40-0 rout. Simpson, who was formerly contracted to Canberra, never played in the NRL again, instead plying his trade for the Redcliffe Dolphins.

Broncos out of pocket despite clearing big names