Corey Norman is approaching the final year of his lucrative three-year deal with the St. George Illawarra Dragons and as uncertainty continues to surround his future in the NRL, the 2021 season shapes to be his most important yet.

There are no two ways about it, Corey Norman’s career is on the line as he attempts to steady a seemingly sinking ship in the St. George Illawarra Dragons for the upcoming NRL season. In this deep dive into Corey Norman's career, we take a look at the peaks and troughs of the enigmatic pivot’s career so far in the National Rugby League and determine what exactly he can provide to a team.

Norman burst onto the scene with a man of the match performance for the Brisbane Broncos in 2010. The classy fullback was seen as the usurper to the number six jersey, made famous by none other than club legend, Darren Lockyer.

The 29-year-old was in and out of first grade until 2012, where the retirement of Lockyer gave Norman a chance to create his own legacy. Norman would go on to play in all 25 games in the 2012 season, scoring 10 tries in his favoured five-eighth position.

After scraping into 8th position, the Broncos were promptly eliminated in the first week of the finals by a dominant North Queensland Cowboys side.

Norman was starting to live up to the form that saw him crowned back of the year in the Broncos 2009 NYC team. However, during the 2013 season, Norman would announce he was signing with the Parramatta Eels for the upcoming season. 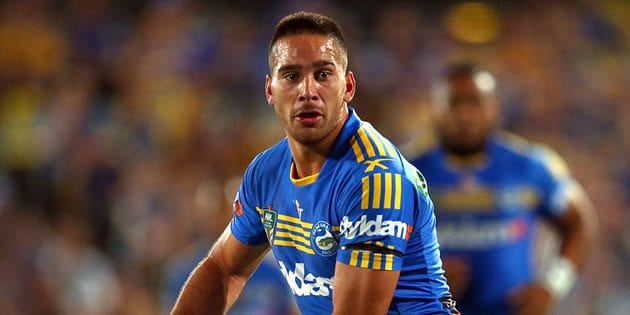 His subsequent form would see him dropped from the Broncos' side altogether towards the end of the season by then-coach Anthony Griffin. Norman scored two tries and nine try assists from 17 games for the season before departing the Red Hill.

Norman moved to the Eels in 2014, looking for a chance to stamp himself in his favoured and promised position of five-eighth after being moved between that and fullback in his last year at Brisbane.

His early years at the Parramatta Eels were largely devoid of any real success. The Eels would fail to make the finals in years 2014-2016, however, Norman would show glimpses of his potential, particularly in the Nines tournaments, where he was named Player of the Tournament in their Nines competition victory in 2016 (this would however be later stripped due to salary cap sanctions).

After an underwhelming first two seasons with the Eels, 2016 would turn out to be Norman’s most challenging yet. The mercurial playmaker would find his best form for the club yet and was sitting 3rd on the Dally M leaderboard by round 18 of the season.

Norman was then arrested at the Star Casino after being found to be in possession of eight MDMA capsules. After Norman’s arrest, a lewd video surfaced due to a failed extortion attempt showing the Eels five-eighth and fellow NRL star James Segearyo in a consensual sexual act with a female.

He would later be fined $20,000 by the NRL and suspended for the rest of the season. The Eels, who already had 12 competition points stripped due to salary cap sanctions, finished 14th on the ladder. Norman had one try and 15 try assists from 16 games.

2017 will go down as a missed opportunity for the Parramatta Eels, with the side failing to capitalise on an unlikely top-four spot.

Boosted by the mid-season signing of halves partner Mitchell Moses, Norman would score three tries and lay on another nine for the Eels in the 20 games he featured in. This would be Norman’s second foray into a finals series in his 8th season of first grade and his first with the Eels.

Alas, the Eels season ended in straight sets after being beaten by the eventual premiers Melbourne, and then the Cowboys. Norman was then picked on the bench in the Prime Minister's XIII to play against PNG.

In 2018, many pundits gave the Eels a strong chance to seriously challenge for what would be their first premiership since 1987. The Eels had now settled on their halves combination of Norman and Moses and boosted their premiership credentials with the return of their prodigal son, Jarryd Hayne.

Despite this, the Eels would go on to win only two of their opening 11 games with Norman being heavily criticized for his performances despite statistically having one of his stronger years, scoring four tries and 12 try assists from 23 games.

In May, Norman would be fined $20,000 for drinking while being on the injured list which was spotted through social media posts. The Eels would go on to claim their 14th wooden spoon this season and would release Norman to the St. George Illawarra Dragons on a rich deal.

In the lead up to the 2019 NRL season, Norman's new career with the Dragons was off to a rocky start, with another controversial video involving Norman surfacing. The video depicted an older gentleman snorting a white substance with Norman and Wallabies star Kurtley Beale heard encouraging the man. Norman was cleared of any wrongdoing by the NRL integrity committee and the video was determined to be from 2016.

After a strong finals showing from the Dragons in 2018, they were tipped by some pundits to have a tilt at the premiership. However, they would finish the season in 15th position, making it one of the worst seasons in Dragons history.

Norman’s performances however, highlighted by kicking the winning field goals against the Broncos and the Knights in successive weeks, was rewarded with a spot in the Queensland side for Game III of the State of Origin series. Norman played strongly, laying on a try, however the Maroons were defeated on the buzzer by a spirited Blues side. Norman would finish the season with two tries and 14 try assists from 19 games.

The 2020 NRL season was a year like no other, but we don’t need to tell you that. Norman was coming off one of his best seasons the year prior, but this was to be short lived. In short, the Dragons had a disastrous year, highlighted by the sacking of coach Paul McGregor after seven years at the helm.

Norman would be dropped from the side for their round 13 clash against the Roosters, as tabloids heavily linked him to a move to the Super League. The proposed trade with former Dragons player and current Warrington Wolf, Gareth Widdop, did not come to fruition however, as Norman would return to the side to finish the season with five tries and six try assists from 18 games.

That brings us to 2021. Norman is a veteran of the game now, playing 206 first grade games to date. As highlighted above, his past sides have struggled to make the finals during his tenure, featuring in only two finals series in his 11 year career.

So the question has to be asked, has Corey Norman provided all he can to the NRL? Is 2021 the swansong of his career in Australia? While often showing his great talent on the field, off-field dramas have often hampered any real success and in turn damaged his clubs chances of winning the premiership.

Other clubs in the NRL could be interested in the veteran five-eighth, but given the fluidity of the transfer market and Norman’s baggage, it would seem that a move to England could be his only option come the end of the season.

“Wait 12 months”: Wayne Bennett slaps critics down as wait for...