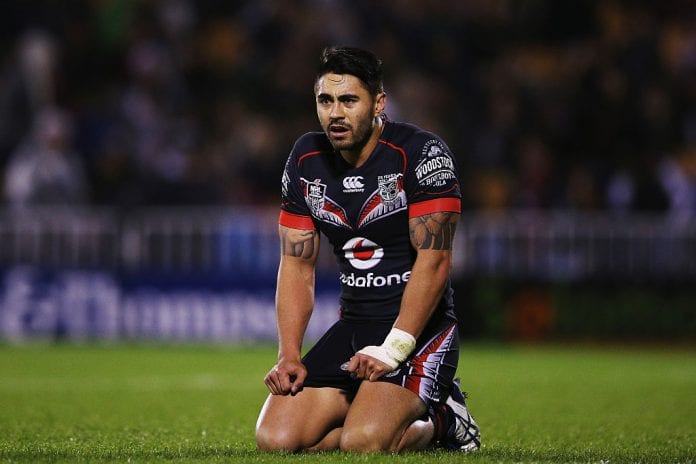 2015 resembled, unfortunately for fans of the club, the majority of the past decade for a very capable Warriors outfit.

On their day they can blow literally any side out of the water on any given day, however those games were sandwiched in between horror performances you’d expect from a mid-table NSW cup side.

They have recruited extremely well and possess one of the best “spines” in the competition, as well as a big and mobile forward pack.

All the ingredients are there for ultimate success, however you could argue they were there last year … and the year before.

The Warrior’s season ended the second Shaun Johnson’s knee collapsed underneath him toward the back end of 2015.

Arguably one of the most complete playmakers in the game, Johnson is capable of anything. Given his incredible supporting cast, there is no reason he can’t mirror the 2015 of Johnathan Thurston.

At times last season he was almost impossible to tackle, and even though the Warriors were in a form slump, while Johnson was there you could not count them out.

Although they have the likes of Luke, Matulino and RTS in the side, it is Johnson who once again holds the key for the New Zealanders.

If not for the brilliant 2015 season by Jack Bird, Lolohea would have walked into the rookie of the year award, such was his brilliance.

Equally at home anywhere across the backline, his future lies as part of one of the most exciting halves partnerships in the NRL.

At only 20 years of age, it’s scary to think just how good this youngster can be. With Johnson by his side and plenty of support from Luke and RTS, he should be able to develop without too much pressure.

With plenty of options out wide and a big, mostly dominant forward pack in front of him, he will see plenty of opportunities this year.

RTS is not only the Warriors best signing but I believe the best signing made by any side as we head toward 2016.

His 2015 was ridiculous, especially considering that it was his first year in the fullback position.

He routinely made 250 metres plus last season and added an avenue of attack that made the Roosters even more dangerous.

As good a player as Sam Tomkins is, RTS is the perfect fullback to play the kind of football Shaun Johnson and co like to play.

These predictions are akin to a guess, but one prediction I am very confident on coming to fruition is that the Warriors will score plenty of points in 2016.

Shaun Johnson is one of the best attacking players in the competition and seems to get better each and every year.

His outside backs are big, fast and can sniff a try from anywhere across the park. His halves partner is one of the most exciting young players in the game.

Even the forwards are capable of magic with the ball. Add in Issac Luke and arguably the best fullback in the competition and there is no shortage of points in this squad.

I can only imagine the frustrations felt by fans of those across the ditch. This Warriors side will put 50 points on a top four side one week, yet cop a belting from an understrength bottom running side within a week.

Their star players are amongst the best in the competition, but unfortunately they’re not known for putting together three or four games of quality together in a row.

Johnson has found that consistency, but his supporting cast can score bags and bags of tries or be dropped to NSW cup, and anywhere in between.

I don’t know whether it’s mental or just coincidence, and I’d bet that the Warriors brains trust would give any amount of money to unlock the secret to keeping this side firing consistently.

The Warriors have recruited two huge, genuine, home-grown superstars in RTS and Issac Luke and suddenly look even more dangerous for it.

This side, on paper, is one of the top sides in the competition, but as previously mentioned, have had serious troubles in the past with inconsistent performances.

Andrew McFadden has a superstar cast at his disposal, and the general feeling is that if the Warriors start slowly, his job may be at risk.

If this side can find consistency, watch out. They will blow many sides away this season, and for neutral fans, it’s going to be a fun ride.

Can they produce at their best on a consistent basis? That is anybody’s guess. History says it's unlikely, but they’ll win enough to finish in the eight.