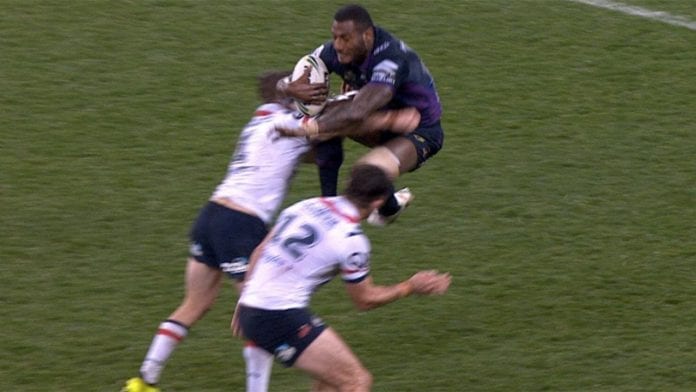 Suliasi Vunivalu has been fined by the NRL’s Match Review Committee following Round 23.

The Storm winger attempted to hurdle two opponents during the second half of his side’s top of the table clash with the Sydney Roosters. Vunivalu has since been charged with contrary conduct.

An early guilty plea will see the Fijian flyer hit with a $1,100 fine.

“I think I’ve seen a couple things like that closer to a try line but I’m not quite sure what Suli was trying to do there,” Bellamy said.

“It was probably a bit of a brain fade or snap or whatever you’d like to call it.”