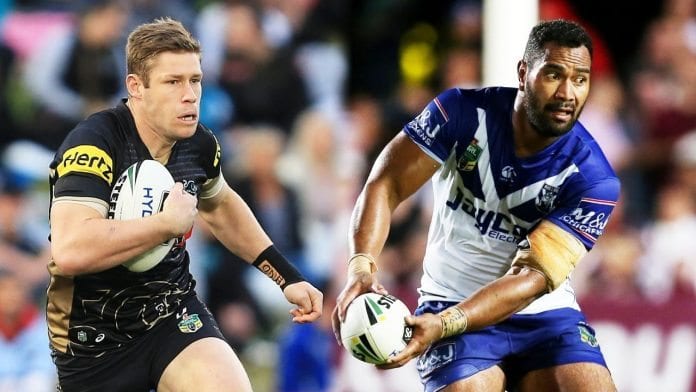 Panthers prop Jeremy Latimore is the latest player to sign on with the Sharks for 2017, joining the likes of Luke Lewis, Chris Heighington, Sam Tagataese and Bulldog Tony Williams in committing to the Cronulla club for next season.

Latimore, who played 19 games for Penrith this year, was granted a release by the Panthers and subsequently signed a one-year deal in adding size and talent to the premiership winning Sharks pack.

On leaving the Penrith side, Panthers Executive General Manager Phil Gould AM told penrithpanthers.com.au that Latimore had been a great asset to their Club.

“We are really disappointed to be losing Jeremy. He has been wonderful for our club both on and off the field. We can't thank him enough for the contribution he has made during his four seasons at the Panthers.

He joins Bulldogs powerhouse Tony Williams as one of two new recruits at the Sharks, with the Club confirming the signature of the former NSW Origin and Australian player.

An imposing physical presence, Williams has played three games for NSW in the Origin arena, along with five Tests Matches for the Kangaroos. Williams played in 19 NRL games in 2016 for the Bulldogs.

With only hooker Michael Ennis missing from the Sharks 2016 Grand Final forward pack, both Williams and Latimore add to the depth at the club.

Like Latimore, Williams has also signed a one-year deal.