New Zealand will come into the Rugby League World Cup as one of the genuine contenders, with the Kiwis naming a squad which could potentially be their strongest in history.

Michael Maguire's side have been left with heartbreak at each of the last two World Cup campaigns, having won the tournament for the first time in 2008 during what was a famous victory.

The Kiwis come into the tournament full of confidence having beaten Tonga in the mid-year Pacific Test during what was an emotional homecoming to Auckland - the first game of rugby league to be played in New Zealand for almost three years thanks to the impacts of the coronavirus pandemic.

Beating Tonga likely won't be a requirement of this tournament given the way the groups have fallen and who plays finals against each other, but playing Australia in the semi-finals looms as a likely end result given Group B and C will face off during the knockout rounds ahead of the finals.

Their only real worry is a suspension for Jared Waerea-Hargreaves to start the tournament, but their depth in the forwards will easily cover that, while an all-star spine will have other teams worried about exactly how they are going to contain the Kiwis.

The Kiwis are brimming with attacking talent in the key positions.

Joseph Manu might be stuck behind James Tedesco at the Sydney Roosters in terms of wearing the number one jersey, but there is no one in front of him for the Kiwis.

He will take the number one jersey and is likely to excel yet again, as he has done everytime he has been handed the fullback role at any level of the game.

Charnze Nicoll-Klokstad is his direct back up in the number one, but all of Jordan Rapana, Dallin Watene-Zelezniak and Ronaldo Mulitalo could fill in there at a pinch as well.

The halves will see Dylan Brown - on the back of his best NRL season to date - partner with Jahrome Hughes, who has been a consistent force for both the New Zealand side and the Melbourne Storm at club level in recent years. 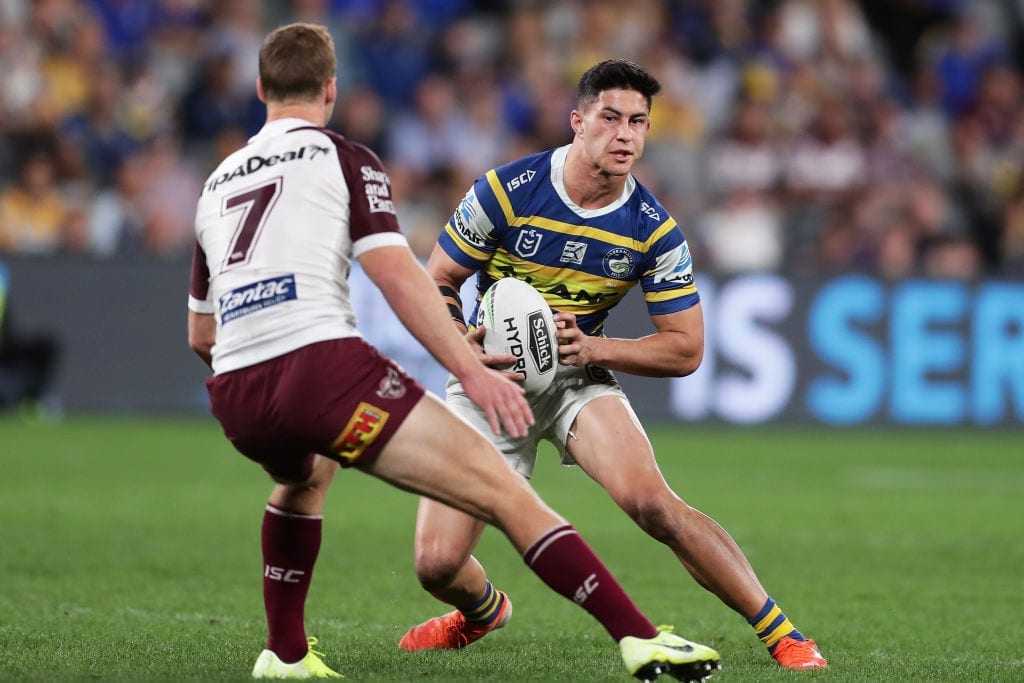 They are backed up by Kieran Foran, who could wear either the six or seven if injury strikes, although there are no other realistic options in the squad unless Joseph Manu shifts into the halves in what is another role he has played for the Roosters at club level.

At hooker, Jeremy Marshall-King should wear the number nine after an excellent year for the Bulldogs ahead of his switch to the Dolphins, while Brandon Smith is also in the squad, but will hold far more value to the Kiwis playing a role off the bench.

The backline will see plenty of excellent try-scoring options line up, with all of Peta Hiku, Sebastian Kris, Ronaldo Mulitalo, Charnze Nicoll-Klokstad, Jordan Rapana and Dallin Watene-Zelezniak fight for positions.

Expect Mulitalo and Watene-Zelezniak to be certain starters on the wing.

Mulitalo, who of course had a rather public eligibility battle last year around his Queensland selection, will now turn out for the Kiwis at the World Cup on the back of an excellent season for the Sharks, while Watene-Zelezniak is an experienced campaigner for New Zealand and won't be overlooked in the big games.

Peta Hiku is another experienced campaigner and will be included in the centres after being involved in the North Queensland Cowboys' run to the preliminary finals this season, with Jordan Rapana likely to shift into the centres and take the other spot in the side narrowly ahead of Canberra teammate Sebastian Kris. 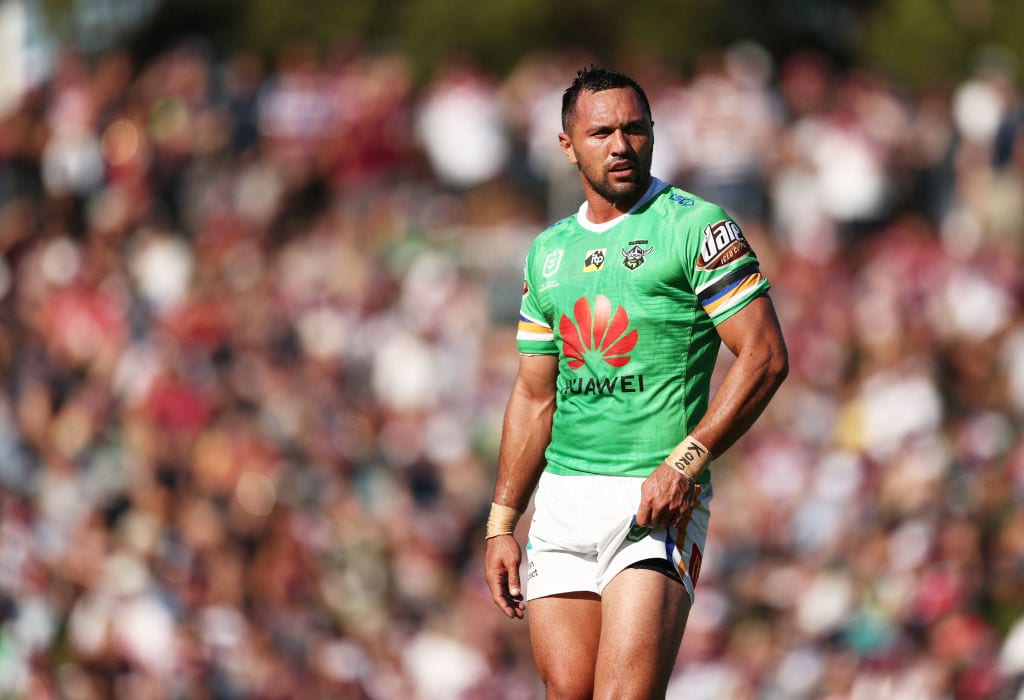 With the flexibility and options in this backline though, don't be surprised to see things change throughout the tournament and Kris handed his Kiwi debut at some point.

This is where New Zealand are miles ahead of just about everyone at the tournament. Their forward pack is simply on another level compared to what most of their opposition will be able to dish up.

Captain Jesse Bromwich will take one of the front row starting spots given he is the leader of the side and still had a strong season at the Storm, but with the two most in-form props in the game alongside him, the Kiwi middle third will be fearsome.

Expect James Fisher-Harris to start in the prop position, while Joseph Tapine will shift across to lock and play big minutes in the role as a real enforcer for the Kiwis.

As if that isn't tough enough, when those players sit on the bench, the depth within the squad is incredible - Nelson Asofa-Solomona, Jared Waerea-Hargreaves, Marata Niukore, Brandon Smith, Moses Leota, Isaac Liu and Scott Sorensen will all be left without a role in the starting 13.

The story is the same on the edges, with the experienced Kenneath Bromwich to be joined by one of the game's best edge forwards in Isaiah Papali'i. 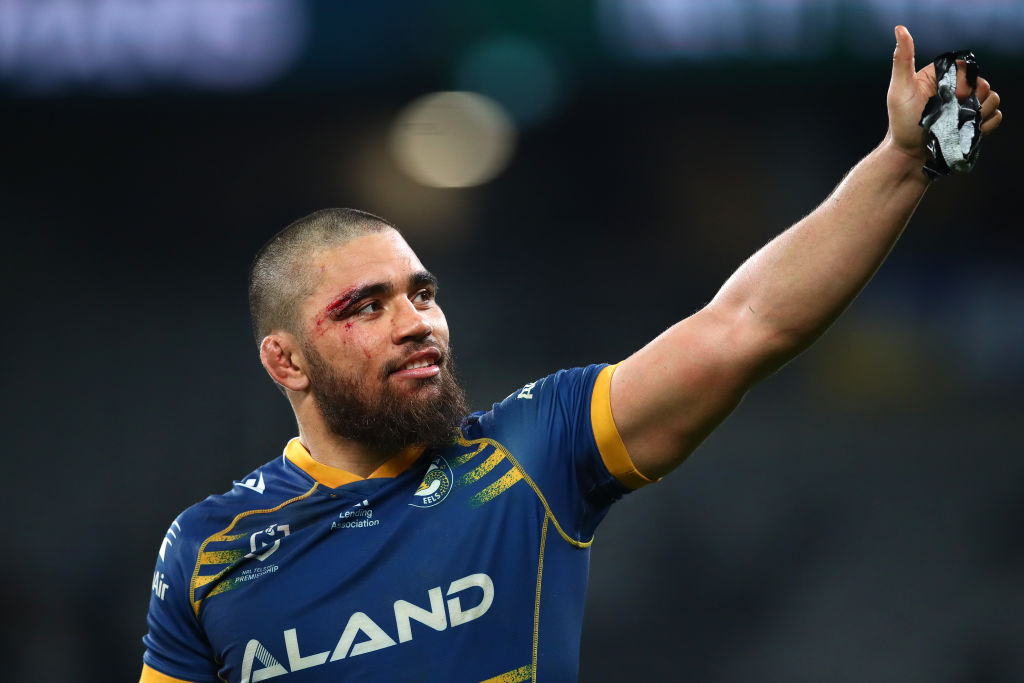 They are backed up by Briton Nikora out of the Cronulla Sharks, while Sorensen and Niukore can also play on the edge.

There is so much talent that misses out on the starting 13, making this bench an incredibly tough one to pick when the Kiwis are at full strength.

Any opposition teams who think things might get easier at the first sign of interchanges will be sorely mistaken, with Nelson Asofa-Solomona and Jared Waerea-Hargreaves likely to be the impact players.

While Hargreaves is suspended, that role could well go to Moses Leota, who has been just as damaging in his starting role for the Panthers on their way to back-to-back premierships.

The other spots will fall the way of Brandon Smith, who provides coverage both in the middle third and at dummy half, and Marata Niukore, who can take over in the centres if needed, or otherwise continue to play a role in either the middle third or on the edge.

His form has been outstanding for the blue and gold at club level, and he should take the spot ahead of the likes of Nikora.