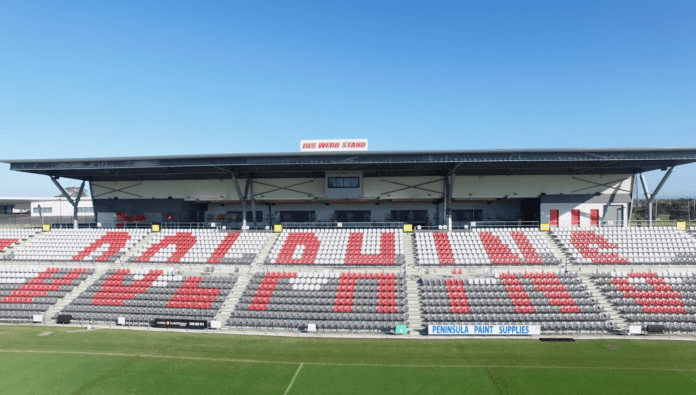 Should the Redcliffe Dolphins win the race to become the NRL’s 17th franchise, then the public will be given the opportunity to name the team ahead of the 2023 season, per NRL.com Senior Reporter, Brad Walter.

Redcliffe is just one of three Queensland teams jockeying for the single license along with the Brisbane Firehawks and a combined Brisbane Bombers-Western Corridor submission.

According to Walter, the Firehawks proposal is backed by the QFL’s Easts Tigers, whilst the Bombers’ bid is led by Ipswich Jets chairman, Steve Johnson.

Redcliffe officials are seeking this new title due to an awareness for their need to appeal to fans beyond the 4020 postcode.

In what will be seen as a win for local fans, Walters expressed that the Dolphins tag is set to remain. This revelation is unsurprising considering the legal battle the club waged against the Gold Coast Titans poaching their nickname when they joined the league in 2007.

Dolphins bid chair Terry Reader was also swift to announce that even if they become the NRL’s latest team, the Redcliffe Dolphins in their current form will remain.

“The Redcliffe Dolphins will always exist and they will play in the Q-Cup and down to juniors and under-6s but the NRL entity will have a broader appeal so we want the public, who are going to be our fans and support the team, to take ownership of it and suggest a name that best represents us,” Reader said.

“The Moreton Bay region is set to grow by 15 per cent in the next 10 years and the Sunshine Coast by 25 per cent so we are conscious that we have got to appeal to more than just people in Redcliffe and the Dolphins as an NRL entity will hopefully do that.”

Bob Jones, Redcliffe’s Leagues Club Chairman, lifted the lid on a few of the titles that have already been bandied about.

“The Sun State Dolphins and River City Dolphins are quite popular but when it is time we will seek input from the community to suggest names,” Jones said.

“Very rarely do you ever hear anyone say ‘Brisbane Broncos’, it is usually ‘the Broncos’ and it will probably be the same with the Dolphins.”

Despite still plying their trade in Queensland’s Intrust Super Cup, Redcliffe have long harboured ambitions of playing at the elite level.

With their last bid passed up in 2007, the club has narrowed their focus on admission, with 40,000 leagues club members, the ownership of a stadium, a shopping centre and a fitness/aquatics centre listed as assets.

“A lot of people forget that the Titans tried to take the Dolphin and the club said ‘no, we always aspire to be in the NRL’,” Reader said.

“The club operates to play rugby league at the highest level possible and it used to do that in the old BRL [Brisbane competition] before the Broncos came in.

“They have been working in the background and building infrastructure and facilities, while immersing themselves in the community, to one day do that.”

With their stadium – the aptly named Dolphins Stadium – set to host A-League, W-League and NRL trail games in the coming months, the club creating revenue despite it being their off-season.

The Redcliffe Dolphins are about to launch a major offensive to become Brisbane's second NRL team. #9WWOS #NRL pic.twitter.com/KStxXq2iwz

“We have got a diversified business away from just leagues club funding and football grants to make sure we can stand on our own two feet from day one,” Reader said.

“We have even got office space that the club had the foresight to build on top of the leisure centre that is currently leased out to a company, and that is for the NRL administration so if we are granted the license we can move in there and start building the club and building a roster.”