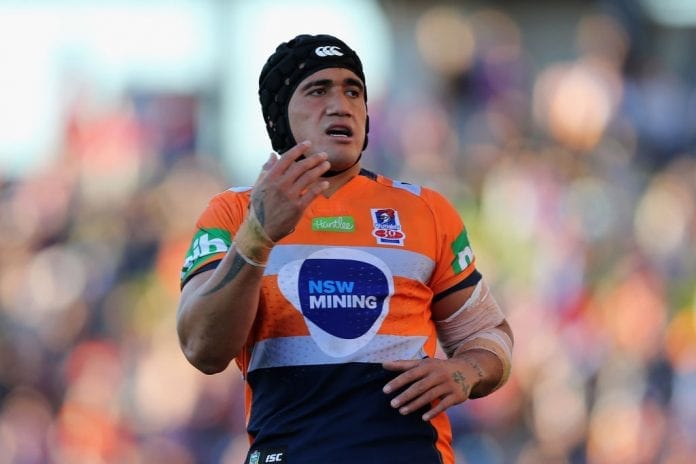 The Newcastle Knights have provided an update on co-captain Sione Mata’utia after suffered a nasty finger injury late in Sunday’s match at Belmore Sports Ground.

There were concerns Mata’utia had suffered a compound fracture of the index finger.

Recovery from such an injury can be a 4-6 week process, although can be significantly longer if there is ligament or tendon damage.

In good news for both Mata’utia and the Knights, scans have cleared him of a fracture in his index finger.

Mata’utia did require a surgical wash-out of the wound, however, the club says he remains in contention to play on Saturday against the Brisbane Broncos.