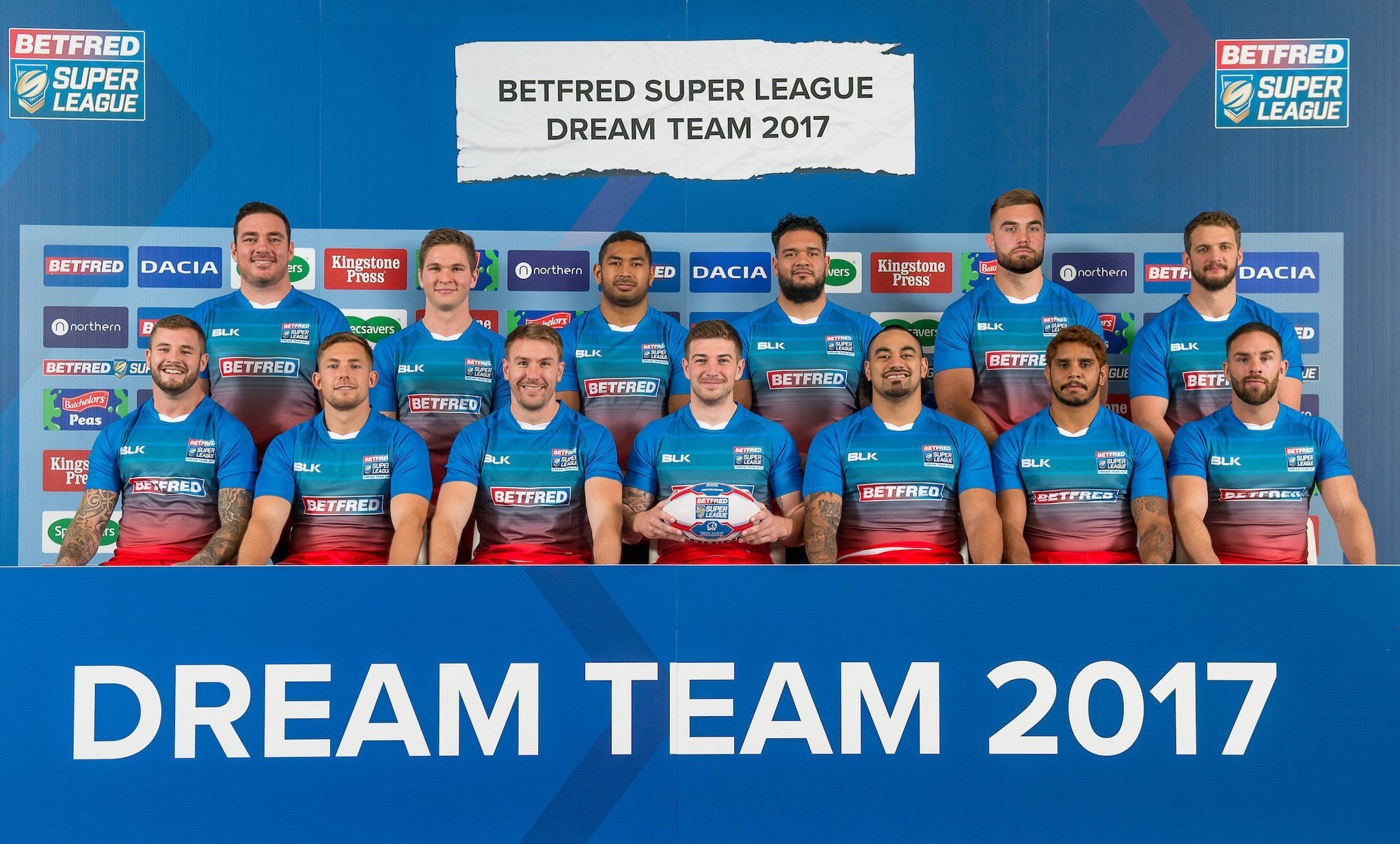 The Super League have named their 2017 Dream Team with more than half the players having NRL experience.

Starting at fullback is former Penrith Panthers player Zak Hardaker who won the Super League's player of the year award in 2015 before moving to the NRL. Hardaker made 11 appearances for the Panthers in 2016 before returning to England.

The wingers for the Dream Team are former Greg Eden and Mahe Fonua. Eden played 6 games for the Brisbane Broncos in 2016, while Fonua played 50 games for the Melbourne Storm over four seasons.

Fonua signed a two-year deal with the Wests Tigers commencing next year.

Albert Kelly, the cousin of Greg Inglis and James Roberts, was named at five-eighth. Kelly played 47 matches for the Sharks and Titans before moving to the Super League in 2015.

The prop forwards named were Grant Millington and Sebastine Ikahihifo. Millington played 56 games for the Cronulla Sharks, while Ikahihifo played 39 matches for the New Zealand Warriors.

Former Brisbane Broncos and Manly Sea Eagles hooker Matt Parcell was named in the No. 9 jersey in his first year playing in the Super League.

Forward Ben Murdoch-Masila is the final player named in the team with NRL experience. Murdoch-Masila played a total of 58 matches during his NRL career for the Wests Tigers and Penrith Panthers.