Parramatta Eels forward Nathan Brown recently spoke out over the stress of his contract situation off-field, but could be about to find an answer.

The Eels have informed the lock forward, who has fallen out of favour with Parramatta coach Brad Arthur in recent weeks, that his services won't be required at the club beyond the end of 2023.

Dropped a few weeks ago after playing dwindling minutes through the first half of the season, Brown returned to first-grade on Saturday evening after Ryan Matterson went down with injury and Junior Paulo found himself back in New South Wales State of Origin camp.

In an almost 40-minute performance, Brown was solid and spoke out afterwards.

“It’s been very tough,” Brown said after the game.

“I would be lying if I said it wasn’t tough but it’s footy. You have to deal with it.

“(Arthur) hasn’t said much at all to be honest.”

According to The Sydney Morning Herald, Brown will have two big career calls in the coming weeks and months, with the Eels unlikely to stand in his way if he can find an early exit for 2023.

It's understood that may come in the form of a contract from the Wests Tigers, who are looking to add another strong worker to their middle forward, with the future of James Tamou yet to be confirmed, and the club battling at the bottom of the table after Round 17. 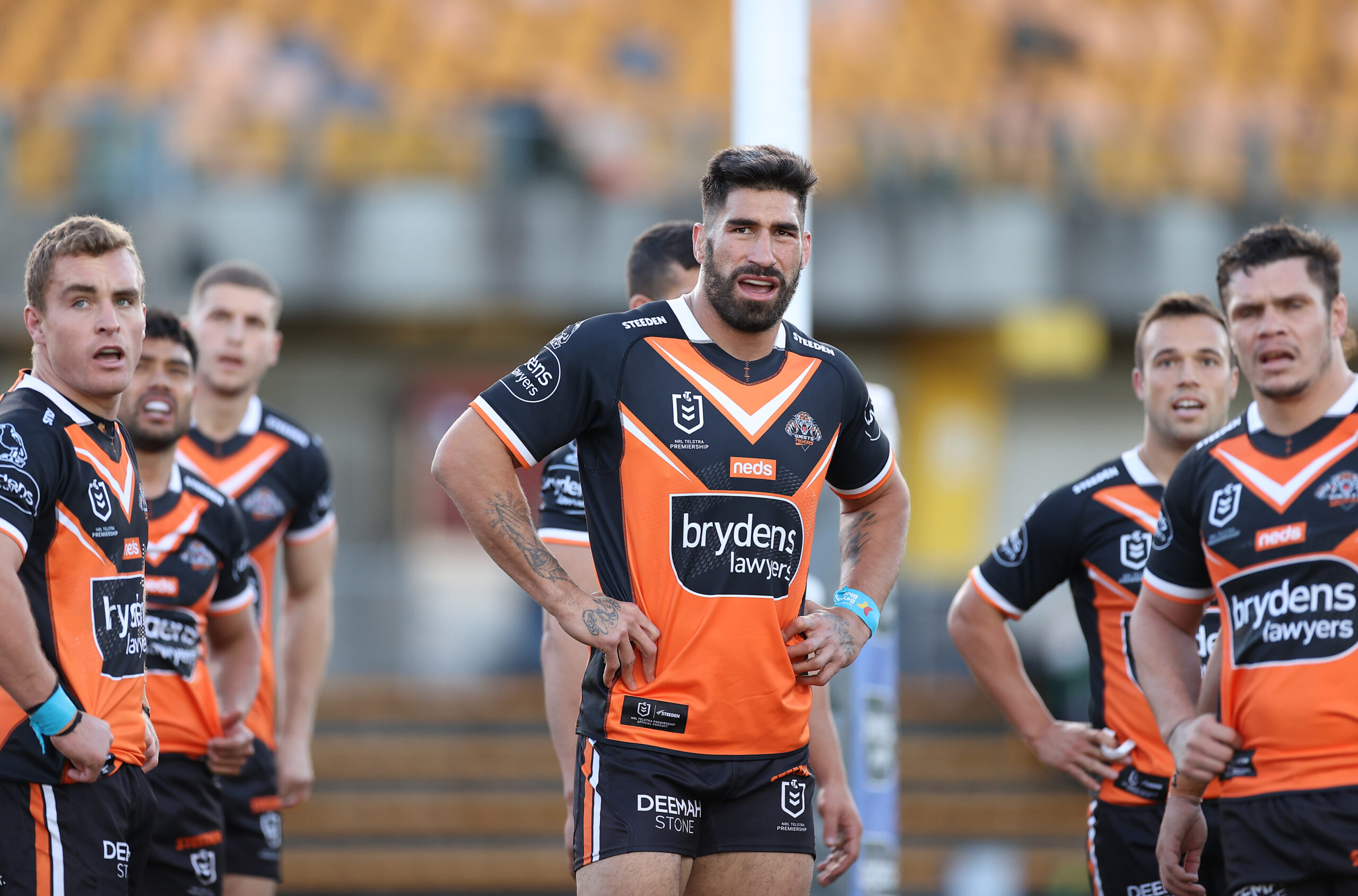 However, any contract discussion for Brown to potentially move to the joint venture for 2023 will need to be put on hold, with the experienced forward also in the midst of a management change, according to the publication.

It's understood he has recently left Ingite Sports and is in the process of selecting another agent.

The delay to his contract negotiations for a potential exit in 2023 could yet see him remain in blue and gold, although the Tigers are facing delays of their own in signing players without a head coach.

Director of football Tim Sheens is touted as a potential option to move into the position after the club missed both Cameron Ciraldo and Andrew Webster, however, the joint venture have confirmed they won't be making any moves on the player market until a new boss is appointed.