The Queensland Maroons have taken victory in the opening State of Origin game over the New South Wales Blues at Homebush and will have a chance to win the series in Game 2.

Here are their player ratings.

1. Kalyn Ponga - 7/10
Ponga threw a superb cut out ball for one of Queensland's tries and didn't let his state down in a performance which brought about 122 metres and a couple of line break assists - the first of those being the ball for Selwyn Cobbo where the young winger set up the first Maroons' try of the game.

2. Selwyn Cobbo - 7.5
In his Origin debut, Cobbo didn't look over-awed for a single second. 162 metres from 18 runs, a try assist - off that magical kick early in the game - a line break and five tackle busts. A couple of missed tackles highlights his defensive issues, but they won't take away from how good he was.

3. Valentine Holmes- 8.5
One of Queensland's best. Scored the third and final try of Queensland's assault, but also added 156 metres and held his nerve with the kicking boots on. Three tackle busts and solid in defence, turning up time and time again to make big tackles for his state.

4. Dane Gagai - 5
Gagai didn't have his usual Origin impact, but still was a solid performer for the Maroons. Came up with 81 metres and a tackle bust, as well as a try, but nine missed tackles might have a few alarm bells ringing in camp Queensland. 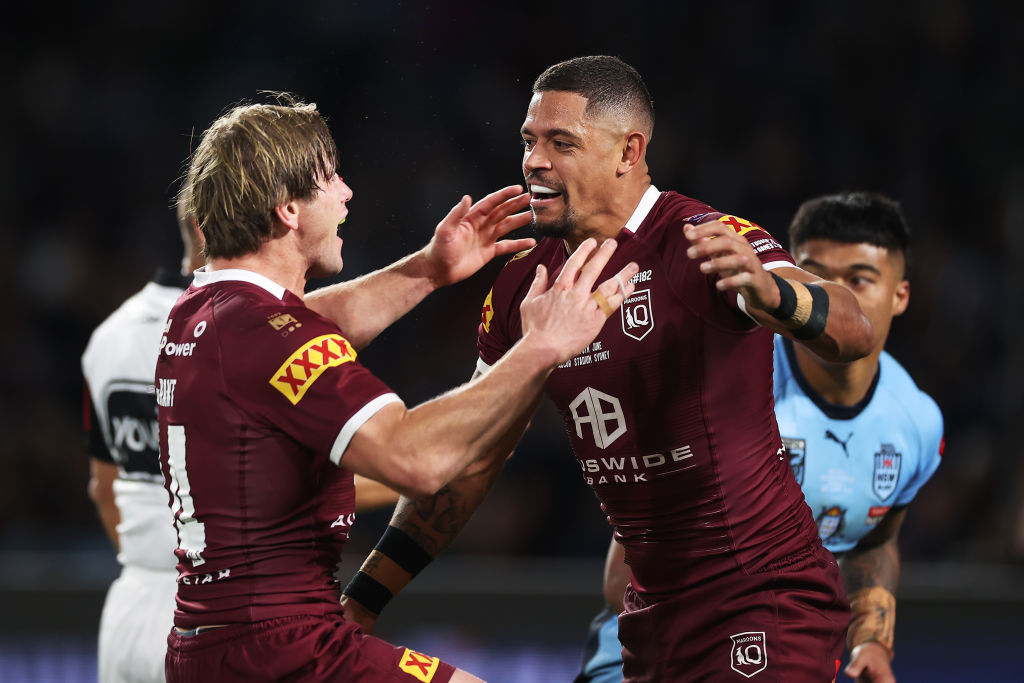 5. Xavier Coates - 5
Xavier Coates lasted just 28 minutes and has more things to worry about than a debrief from the game given he will be off for scans on that injured ankle. Was solid in the minutes he did play though, running the ball strongly.

6. Cameron Munster - 9
Named man of the match, Munster had a handful of competitors for the award in his own side, but in the end, he was the star. Didn't directly record a try assist, but had a hand in just about everything as he racked up 191 metres, a line break and eight tackle busts.

7. Daly Cherry-Evans - 7.5
There was a line of thought from some prior to kick-off that Ben Hunt should have been in the Queensland number seven jersey ahead of the Manly Sea Eagles' halfback. Cherry-Evans, well and truly, dispelled those thoughts though, leading a strong kicking game and scoring a try off a cleverly orchestrated scrum play.

8. Tino Fa'asuamaleaui - 8
Fa'asuamaleaui thought he had cost himself a spot in the Queensland side with some efforts at the Titans over the last couple of weeks, but then churned out 131 metres and a strong defensive performance to prove exactly why he didn't lose his spot, and likely never will.

9. Ben Hunt - 5.5
Hunt was named as the starting hooker, and it allowed Harry Grant to provide plenty of impact off the bench. It's tough to see this one changing either, with Hunt doing a strong job in the opening 20 minutes, and again in the last quarter of an hour. 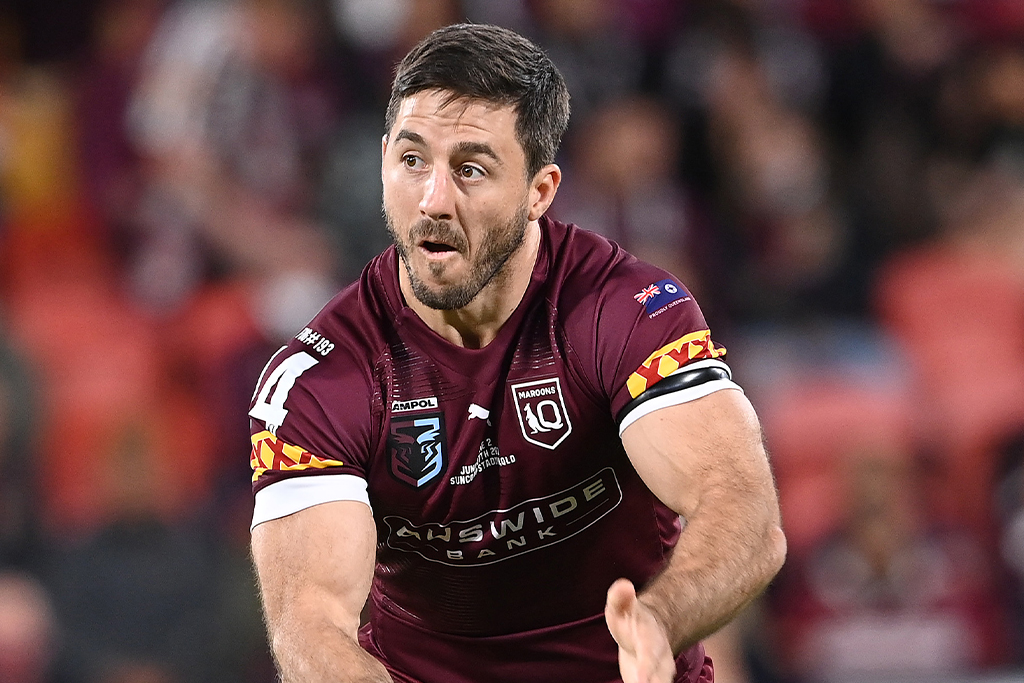 10. Josh Papalii - 4
Hard to work out why Josh Papalii never came back for a second stint. Did a strong job in the first 22 minutes, then rode the bench for the final 58 minutes of the game. Had just four runs and next to no impact on the game.

11. Kurt Capewell - 8
Capewell played the full 80 minutes for the Maroons. Started strongly in the second row, then was equally as good when he was forced out to the centres following the injury to Coates. Came away with 145 metres, three tackle breaks and an all-round good game.

12. Felise Kaufusi - 6.5
Kaufusi had less impact than his second-row partner Capewell, but didn't shy away from the work that came in his direction as he too churned out 80 minutes. His 40 tackles were the highlight.

13. Reuben Cotter - 8.5
Wow. There isn't a bad thing you could say about Cotter. On Origin debut, he played a full 80 minutes, made 119 metres and tackled himself to a standstill, crossing the 50 barrier in the middle third. He is going to be in this Queensland team for many, many years to come.

14. Harry Grant - 8
Grant was superb off the bench. In much the same way Patrick Carrigan (more on him in a moment) flipped the game, Grant was part of that after the first 20 minutes, making 70 metres and running the ball with ease around tiring New South Wales' defenders. Whether he starts in Game 2 or not is up for dispute.

15. Lindsay Collins - 7
Collins played 38 minutes off the bench for Queensland and was as strong as any of the forwards, making 133 metres from 12 carries with almost half of his metres coming in the post-contact category. Another youngster who is going to be part of this Maroons team for many years to come.

16. Patrick Carrigan - 9
Carrigan was Queensland's best forward in Game 1. The Maroons certainly didn't have the ascendancy early on, but it felt as if the moment Carrigan came on, the game completely flipped. A superb effort which finished with 183 metres and 34 tackles.

17. Jeremiah Nanai - 4
Nanai had limited impact in limited minutes, but will likely just be happy his ankle wasn't broken after having it rolled awkwardly - and painfully - in a tackle. So bad it was at the time, he had to be carried off by the trainers. His return 15 minutes later turned heads.