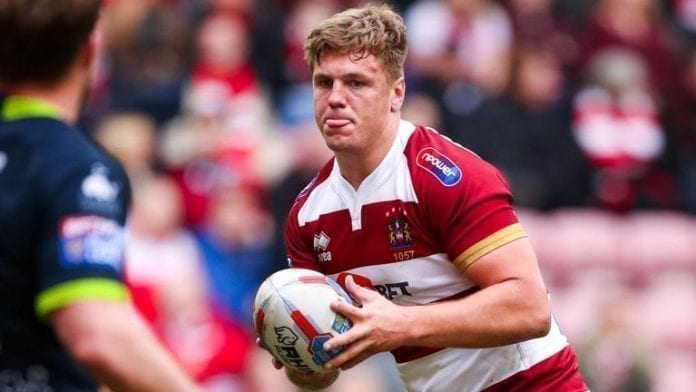 The Canberra Raiders have announced the signing of Wigan Warriors prop forward Ryan Sutton on a two-year deal, starting in 2019.

The Raiders were in desperate need of a prop forward with their stocks severely depleted after Shannon Boyd signed with the Gold Coast Titans and Junior Paulo returning to Parramatta Eels at the end of the season.

22-year-old Sutton has played more than 100 games for Super League club Wigan since making his debut.

Raiders recruitment director Peter Mulholland said Sutton was keen to test himself in the NRL.

"Ryan is a tremendous young talent who I know was looking for an opportunity to test himself in the NRL and we're thrilled to have been able to get him into our squad for the next two seasons," Mulholland said.

"He's been in tremendous form for Wigan this season and we're looking forward to him having a big pre-season with the Raiders and making the move into the NRL.

"With the departure of Junior Paulo and Shannon Boyd at the end of the season we have been looking for some young and upcoming talent to fill their positions and we believe Ryan is the perfect fit. We wish him all the best for the remainder of the season with Wigan."

Sutton will join fellow Englishman Josh Hodgson and Elliott Whitehead at the Raiders.