Tom Dearden has quickly become one of the more courageous players in the game, and just what should the NRL have made of Taylan May's suspension?

It has been a bumper week leading into the finals, and the on-field product itself promises to be electrifying this weekend.

Dearden's Stocks are rising in the NRL
It's a chauvinistic, outdated reference to suggest that someone who is courageous has 'big balls'. It's androcentric and eludes to the idea that women aren't as brave as blokes.

But political correctness aside, this story has far too many puns ready to go to be ignored.

Back in Round 23, Tom Dearden of the North Queensland Cowboys ruptured one of his testicles and incredibly played on for a further 50 minutes, in the ultimate display of taking one for the team.

Whether he was just plain nuts, or he didn't want to face the sack from first grade, Tom played through the pain and underwent surgery the next day.

When Angus Crichton forfeited one of his digits to get back to the field, many thought he had rocks in his head. Dearden went one step further and told his surgeon that if he was going to miss a month of footy, he was willing to cop the chop.

An average recovery time of four to five weeks is expected for a plum injury of this nature, however Dearden was back at the tackling bags less than two weeks later and fronted up against the crown jewels of the competition, the Penrith Panthers, in Round 25, wearing a protective 'UFC box'.

With his coin purse safely secured until 2025, Dearden has been on of the Cowboys' best in 2022 and he will take the confidence of a stellar performance in State of Origin through to the first round of the NRL finals against the Cronulla Sharks.

Taking inspiration from the people of the flood-ravaged regions of North Queensland, Dearden took out the Cowboys' Way Award on Sunday night, crediting the Northerners' resilience and spirit.

What an absolute champion.

Taylan May be the luckiest bloke in the game

Fans will be scratching their heads after seeing the footage of Taylan May forcibly grabbing a pesky supporter by the collar and throwing him heavily to the ground in a Maroochydore pub. 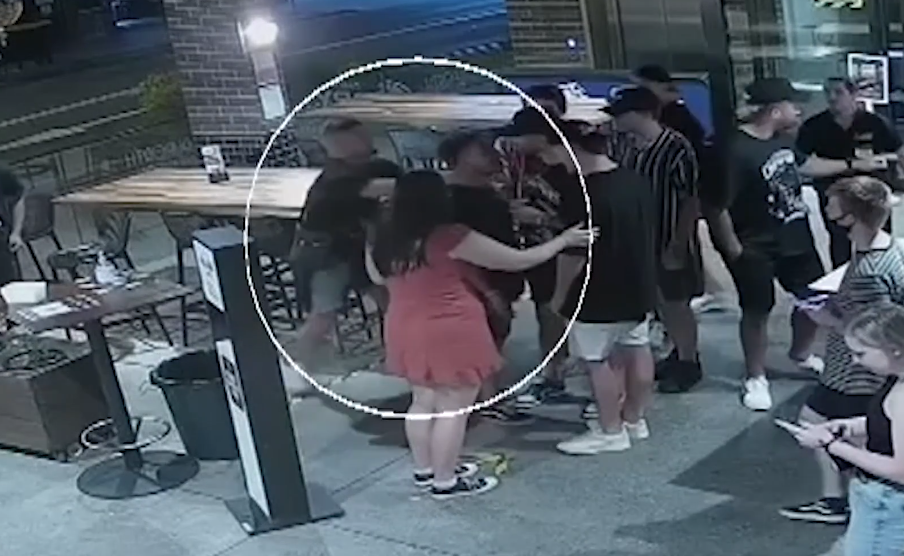 The sentencing magistrate called the act 'reprehensible and cowardly' but then simply ordered May to pay $2,000 with no conviction recorded.

Much of the debate in the NRL in 2022 has been the inconsistency of the Match Review Committee and how it often seems that the severity of the injury plays a role in whether an offending player is suspended.

It seems that the magistrate has taken a similar view, in that the victim suffered a neck injury but nothing worse. Supporters of May will be satisfied with the outcome, with those shouting 'but what if...?' left puzzled and angry.

If Taylan May's brutal throwdown resulted in the punter striking his head on a bar table or on the floor, it could have killed him. The fact that the attack on the unprepared victim came from behind puts it in the same league as a coward punch.

Coward punch laws in Australia are "...applied if the victim of a coward punch attack [to the head or neck] is unaware they are about to be hit and the perpetrator knows the victim isn't expecting it."

But the NRL's position on the matter is the most bemusing, with May being penalised with a two match suspension - to be served not during the NRL finals which start this weekend, but over the first two rounds of the 2023 season.

In an act that had huge potential to result in a far worse outcome, May must be off to the newsagent to buy a lottery ticket with both the courts and the NRL treating him like a protected species.

On 100% Footy, Danny Weidler has sensationally suggested that Brad Arthur, coach of the Parramatta Eels who finished 4th this year, will face the prospect of being let go if the team achieves anything less than a premiership in 2022.

"Brad Arthur has done a terrific job to get them to this position, but everybody is saying that they have to become a premiership winner. I know he's finished top four, and I know he's a good coach, but I still think there will be some pressure on him," rambled Weidler, desperate to create some headlines in time for the finals.

Arthur has led the Eels to the semi-finals in the past three seasons, and in 2022 the Eels have finished in the top four, notably as the only team to defeat the high-flying Penrith Panthers twice in the one season.

Only weeks ago the rugby league community were up in arms about the media's role in affecting the mental health of players and coaches, yet incredibly we are seeing speculation and pressure being heaped on a coach who is actually achieving solid results.

The match-ups on paper are worthy of a Grand Final, with some of this season's most consistent and currently in-form players going head to head.

While Dylan Edwards flies under the radar behind other Panthers superstars, he's one the leading fullbacks in the comp with an average of 218 running metres per game and 98 tackle breaks in 2022.

Clint Gutherson has been in career form over the past month of the regular season and his increased involvement and creativity has assisted the ripening of an already golden partnership between Dylan Brown and Mitchell Moses.

Nathan Cleary has been training with the team each week but will dive directly into the finals cauldron after missing a month of football through suspension.

Kikau vs Lane, Matterson vs Yeo, Koroisau vs Mahoney and Martin vs Papali'i are all set to shake the stands on Friday night.

The uncertainty of whether Moses will turn up to the big occasion, the form of Panthers' hooker Api Koroisau and the slightly better bench for the Penny Panthers have me leaning towards the Mountain Men.

I'm really looking forward to the battle on the edge between Sebastian Kris and Jordan Rapana, taking on Justin Olam and Xavier Coates. Both combinations can be devastating in both attack and defense, but it might be Coates who provides the gateway to the try line in the big occasion.

The Storm spine is far more experienced and skilful, however the Raiders' bench has some lethal attack and points in it with the aggression and skill of Starling and Harawira-Naera in particular.

The Canberra Raiders have been the Storm's bogey team of late, and won the most recent AAMI Park encounter in Round 18.

But despite the Storm's shaky recent form, limping into the finals with Jahrome Hughes nursing a niggling calf injury, I believe they will have the experience and crowd support to get the job done.

With a maximum crowd capacity of a piddly 12,000 at 'Shark Park', you can expect to find a largely hostile sky-blue, black and white crowd.

It's for this reason alone that I give the Sharks a chance.

Being gifted arguably the easiest NRL draw of the year, the Sharks have not performed wonderfully against top eight sides. Drawing the Melbourne Storm during the Origin period is characteristic of the run they were handed.

The Sharks have a host of players who have had a brilliant 2022 thus far, notably Nicho Hynes, Briton Nikora, Ronaldo Mulitano and Blayke Brailey.

But it is the North Queensland Cowboys that have been the NRL surprise packet of the year, and they encapsulate a fighting team spirit. The Cronulla Sharks have a tendency to field a team of individuals in contrast.

With Drinkwater, Dearden, Townsend, Robson, Holmes, Cotter, Nanai and Taumalolo all firing consistently throughout the year, I can't see the Cowboys leaving Cronulla without a week off.

Amazingly, these teams played each other in the final round of the regular season, and only nine days will have passed before they square up in a do-or-die finals spectacular.

The word on the street may be that last week means nothing, with the Roosters defeating their bitter rivals 26-16.

But I believe it means everything.

42,000 packed into the newly re-constructed Allianz Stadium, and you can expect a similar attendance and atmosphere from last week.

The Roosters are hitting their straps at the right time of the year and offer a slim chance of being one of only three teams in history outside the top four to make it through and win the premiership.

The Rabbitohs on the other hand have been riding a rollercoaster of performances, and will win or lose this game off the involvement and performance of Latrell Mitchell.

Mitchell has been in career best form since returning from surgery in the United States, but has also chosen to inject himself far less, either due to fatigue or lingering concern over re-injuring himself.

There's no denying that South Sydney clicks when Latrell is playing his part. Cody Walker and Alex Johnston are back to ravaging opposition teams' right-edge defensive structures.

But this game depends far too much over South Sydney's wildcard fullback.