There will be plenty of changes across the board for Round 21, with headline acts Mitchell Moses and Nathan Cleary both out due to injury and suspension respectively at the top of the list.

The Cronulla Sharks also face a big question after Will Kennedy suffered an ankle injury, while the Broncos are tipped to welcome back a winger.

The Storm too will have big questions to answer with a return from suspension and a mid-week transfer, while Manly will go back to something near full strength as they try to make up for lost time.

Here is all the latest in team news and rumours ahead of Round 21, with teams to be named at 4pm (AEST) on Tuesday afternoon.

Sydney Roosters
Lindsay Collins will most likely sit out after a concussion suffered last week. There is yet to be an update from the Roosters, however, it being his second concussion in as many attempts at playing could leave him on the sidelines for a lengthy stint. Egan Butcher is also out with a suspension. Siosiua Taukeiaho is due back either this week or next, so should go straight into the starting side for Collins. Terrell May will likely come onto the bench for Butcher, while if Taukeiaho also can't return, then one of Naufahu Whyte or Ben Thomas would be likely to play.

Brisbane Broncos
Selwyn Cobbo is due back for the Broncos and should come straight into the side for Delouise Hoeter. Patrick Carrigan is out however, likely to be suspended for a lengthy period. He has pled guilty so will receive some time regardless and won't be named on Tuesday afternoon. Kobe Hetherington will likely start at lock, with Rhys Kennedy or Ryan James likely to come onto the bench. Albert Kelly and TC Robati are also fit to return but unlikely to do so.

Melbourne Storm
Brandon Smith, Xavier Coates and David Nofoaluma are all available to play for the Storm. Nick Meaney's fitness is unclear at this stage - if he is out, then Nofoaluma could well be asked to don the number one jumper, or otherwise Tyran Wishart could do so. If Meaney is fit, then Coates and Nofoaluma are likely to both come in on the wing for Dean Ieremia and Grant Anderson. Smith should slot straight in at lock with Tui Kamikamica back to the bench and either Alec McDonald or Tom Eisenhuth out of the side. They could yet earn a reprieve though if Wishart is needed at fullback. 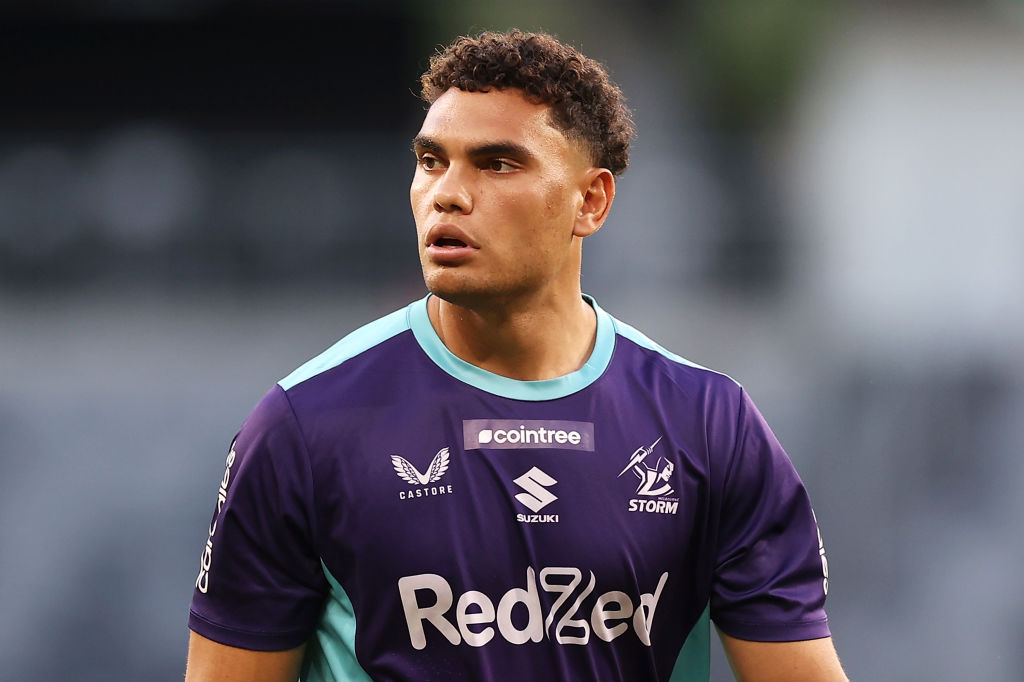 Gold Coast Titans
The Titans won't be forced into any changes for this one - but that doesn't mean Holbrook won't make any given their form.

Manly Sea Eagles
Christian Tuipulotu, Jason Saab, Tolutau Koula, Josh Aloiai, Haumole Olakau'atu, Toafofoa Sipley and Josh Schuster should all come straight back into the side after sitting out last week. All of Pio Seci, Alfred Smalley, Ethan Bullemor, Kurt De Luis, James Segeyaro, Morgan Boyle and Zac Fulton will miss out. Dylan Walker will go back to the bench for Koula to start, while Martin Taupau will go back to the bench for Josh Aloiai to start. Andrew Davey may also miss out with concussion protocols, but Ben Trbojevic is due back and could come straight in, or otherwise battle Toafofoa Sipley for the final bench spot.

Parramatta Eels
Mitchell Moses is out with a broken finger and should be replaced by Jakob Arthur in Parramatta's only change. Reports on Tuesday morning however suggest that Clint Gutherson could make a shock move to the halves.

South Sydney Rabbitohs
Thomas Burgess is out with a suspension for a high shot which saw him sent off, and should be replaced on the bench by Shaquai Mitchell. Jed Cartwright could also miss out with a hamstring injury, with Taane Milne the replacement.

New Zealand Warriors
Daejarn Asi is likely to earn a reprieve in Stacey Jones' side, with Chanel Harris-Tavita out due to an MCL injury in the knee. The Warriors aren't expected to make any other changes, however, Jack Murchie is fit and could come straight back in for Eliesa Katoa after missing last week for parental leave. Aaron Pene could also come back in for Jackson Frei if he has got over his illness. 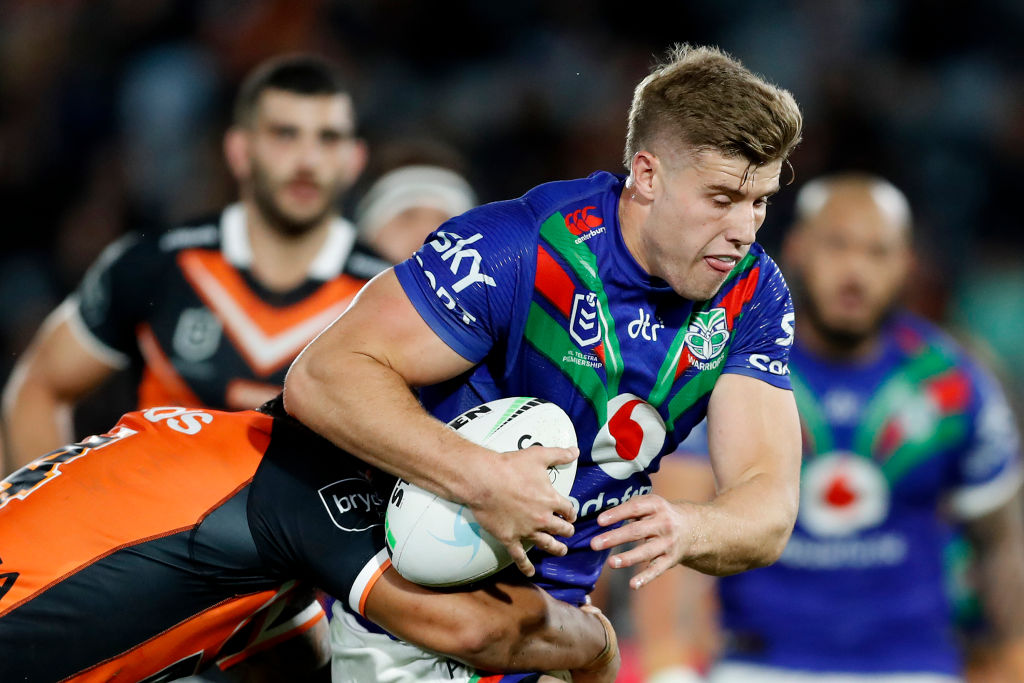 Canberra Raiders
Jordan Rapana and James Schiller are both fit to return, with Albert Hopoate likely to make way, unless Ricky Stuart decides to chop and change in the number one jumper again for Xavier Savage. Schiller is unlikely to make his way back into the 17 though.

Penrith Panthers
Nathan Cleary is out suspended for the next five weeks. Kurt Falls has been out injured, but will race the clock to return this week and replace Cleary. Otherwise, Jaeman Salmon could play in the halves, with youngster Jack Cole another option, although Ivan Cleary is unlikely to play him in first-grade before he is ready.

Cronulla Sharks
William Kennedy will likely miss the remainder of the regular season, giving Lachlan Miller a prolonged chance in the number one jersey. Royce Hunt is also in doubt with a shoulder injury, with Aiden Tolman to start and Jesse Colquhoun coming in on the bench.

St George Illawarra Dragons
No changes are expected for the Dragons.

Canterbury Bulldogs
Raymond Faitala-Mariner is due back to the Bulldogs and should replace Harrison Edwards. 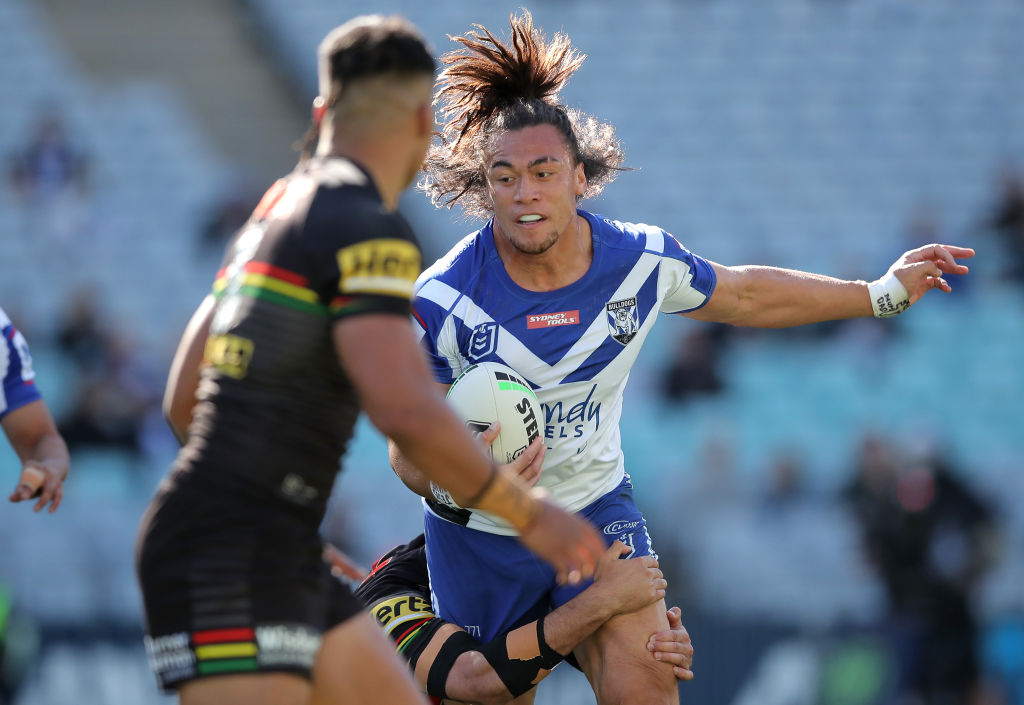 North Queensland Cowboys
Jordan McLean should be back for the Cowboys, with Griffin Neame likely to make way and Jamayne Taunoa-Brown to go back to the bench. Coen Hess could find himself on the bench too with Reuben Cotter starting. Kyle Feldt has also been ruled out with a hamstring injury. Hamiso Tabuai-Fidow will likely slot back into the starting side, which could mean Griffin Neame keeps his spot unless Todd Payten elects to go with a utility, in which case Jake Granville would be returned to the team.

Wests Tigers
Jackson Hastings' season is done with a broken leg. Joe Ofahengaue will likely switch back to lock, with Zane Musgrove moving back to the starting side. Luke Garner is also due back and will likely push Alex Seyfarth back to the bench in a pack reshuffle.

Newcastle Knights
Edrick Lee will likely come back in for the Knights, with Simi Sasagi to drop out of the side. Kurt Mann could also return, with Mathew Croker dropping out and Brodie Jones or Pasami Saulo moving back to the bench.