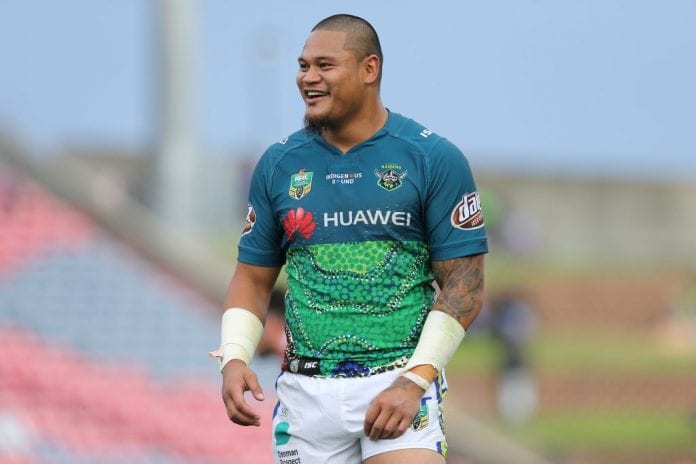 The Canberra Raiders have secured Joey Leilua for a further two seasons, with the hulking centre agreeing to a new deal which will see him at the club until the end of the 2020 season.

Leilua has been amongst the Raiders top performers since his arrival at the club mid-season in 2015, with his combination with Jordan Rapana on the Raiders right edge shaping one of the most dangerous attacking duos in the NRL.

The new deal continues the Raiders push to secure the bulk of their squad long-term and Raiders CEO Don Furner said it was great to add Leilua to the list of players re-signing with the club.

“Joey has taken his game to another level since joining the club and we’re excited about what he can bring to the team over the next couple of seasons,” Furner said. “We’re working on securing a squad which will represent the club long-term and Joey is a very important part of that.”