Des Hasler has suggested Tom Trbojevic has no injury concerns to worry about following the Sea Eagles clash with the Brisbane Broncos, but confirmed Ben Trbojevic has suffered an AC joint injury.

Tom - who is just weeks out from another State of Origin campaign - was visibly struggling with a possible knee injury throughout the contest, although managed to play 80 minutes.

The superstar fullback still managed 145 metres during the 38 points to nil loss against the Broncos, with the Sea Eagles set to slide out of the top eight today if the South Sydney Rabbitohs can get the better of the New Zealand Warriors. The Warriors or St George Illawarra Dragons - who play the Gold Coast Titans - could also leap the Sea Eagles, however, would need to win by 44 and 48 points respectively.

Of far greater concern for both Sea Eagles and New South Wales fans however was Trbojevic's apparent knee injury, however, speaking at the post game press conference, Hasler said Trbojevic is simply still working his way back to full fitness and has nothing to worry about.

"He is okay," Hasler said on the Origin star.

"He is getting back obviously and not quite there at the moment.

"But he is okay. He won't use that as an excuse, he was just off tonight."

Hasler was then questioned on whether he had aggravated an injury which had kept him out earlier in the season.

Captain Daly Cherry-Evans also confirmed Trbojevic had appeared in every training session during the week, but may have picked up some "bumps and bruises" during the loss to Brisbane. 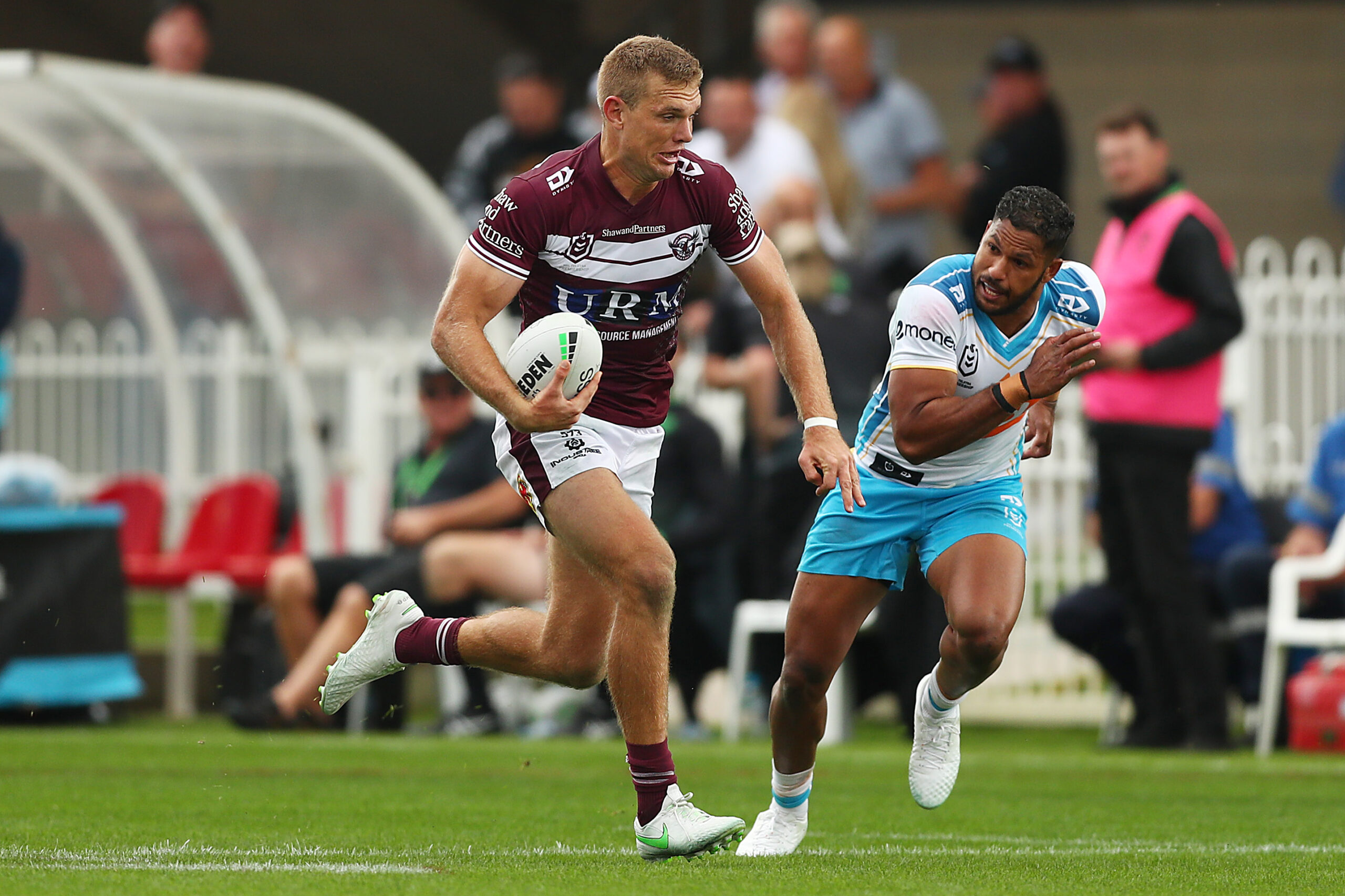 It was worse news for Ben Trbojevic however, with Hasler confirming he has picked up an AC joint injury.

Despite that, the youngest Trbojevic brother - who starred during last week's win over the Wests Tigers with a double - managed to play 80 minutes.

"He has an AC. He was pretty brave to stay on and he was pretty effective for us, I thought he did a pretty good job out there tonight," Hasler said on Ben Trbojevic

"He has aggravated an AC though."

It means the youngest brother is likely to miss next week's clash with the Parramatta Eels, and possibly the week after against the Melbourne Storm, pending the severity of the injury.

That will bring Morgan Harper back into the side in the centres, with Brad Parker still a number of weeks away as Manly face down the daunting prospect of two road trips in two weeks to two different premiership contenders.

Dragons fire back at Bird speculation despite contract admission