The Kumuls, who are in full preparation mode for the 2022 Rugby League World Cup to be played at the end of the year in England, have brought the experience of Flanagan on board to aid in the transition of head coach Stanley Tepend, who has recently replaced Michael Marum.

Flanagan has the experience of a premiership during his time with the Sharks, and while he has failed to land an NRL head coaching gig since a period of deregistration from the competition was completed, the mentor has made no secret of his desire to return as a first-grade coach.

He was an assistant coach at the Dragons in 2020 and 2021 under Paul McGregor, before moving into his new role with the joint venture club following the arrival of new head coach Anthony Griffin, who is on contract until at least the end of the 2023 season with the Red V. 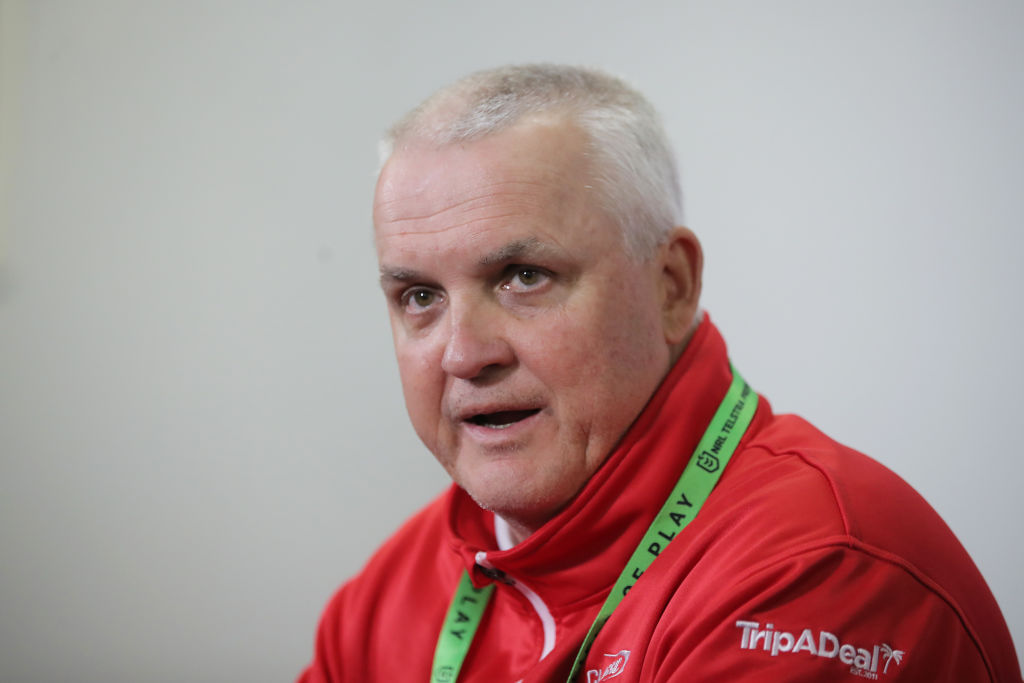 Flanagan has often been linked to other roles in the competition, including the Wests Tigers, Canterbury Bulldogs and North Queensland Cowboys, while he was also heavily tipped to take over from McGregor in Wollongong at one point.

Regardless of that noise, Flanagan said he is excited to join Papua New Guinea and help steer the nation through the World Cup, where they will not only need to compete with the big three in Australia, England and New Zealand, but a rising force of Pacific Island nations including Fiji, Samoa, Tonga and the Cook Islands.

"I'm really excited about it, I think I can help the PNG team," Flanagan said.

"There's a Test match in Fiji soon leading into the World Cup, and I'm there to help and give advice."

It's also understood Flanagan may be the key to getting Jack de Belin to play for Papua New Guinea at the World Cup, with the revelation that the Dragons' forward is eligible for the nation.

Flanagan will begin his work with the Kumuls with an upcoming test against Fiji during the NRL's representative round in Campbelltown, before they head to England where they are placed in Group D alongside Tonga, Wales and the Cook Islands.

Dylan Brown pursued by over half the NRL for 2024