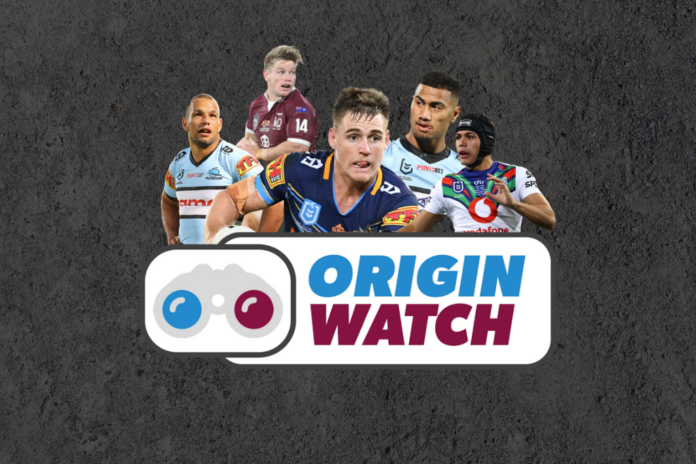 I don't expect any prizes to be given out to those who suggest Queensland had a bad night in Origin I.

They were reduced to spectators for the majority of the 80 minutes en route to suffering their largest ever defeat and the the second worst loss in Origin history.

Paul Green's men were a step off the pace from kick-off and not for a second were they in the contest. If anything, the Blues took the foot off the gas with ten minutes to go.

Plenty are writing Queensland off, and for good reason, although there's never really a time to write QLD off. Backs against the wall is when the Maroons do their best work.

That said, the 17 who ran out last Wednesday night cannot get the job done against this rampant Blues outfit. There were too many mismatches that NSW too advantage of.

That of course means changes for Origin II.

With all due respect to the QLD stocks, they're not exactly bursting at the seems with options. Hence why Capewell was named at centre.

I believe QLD have to take a risk, or two, when naming their side this weekend. There's really nothing to lose in terms of this series, although as we'll discuss below, there's long-term implications.

Below are a few options I believe the Maroons need to consider to wrestle back the series.

Not a risk per-say, but now that Ponga has been ruled out of Origin Two, I'm moving Valentine Holmes to the wing and bringing Brimson back into the custodian role.

He was reduced to 'go and make some tackles' in garbage time in Origin I, with the game well and truly gone. If QLD are to retain the shield they need Brimson playing 80 minutes.

Holmes was far from the worst player on the field but he's a weapon on the flank and QLD need both Brimson and Holmes to kickstart their attack.

I originally was going to suggest Brimson move in to the centres, hence the risk inclusion here, but with Ponga unavailable through injury, the easy and obvious move is returning him to the number one.

He was incredible in the role on debut last year for the Maroons and will give them plenty of spark that they lacked in the opener.

Kurt Capewell is a brilliant footballer and will 100% be in this squad for Game Two, if fit, but his role can't be marking up against Turbo.

Brenko Lee and Corey Allan are unavailable and if there isn't a shock Munster switch, the Maroons may look for a specialist centre with plenty of Origin experience.

I originally laughed at this idea but Chambers has been very good for Cronulla since his return and can do the job. His entire role would be shutting down Turbo.

I think there are better options but the Sharks centre wouldn't let anyone down. I would certainly be looking at someone who is able to direct a lot of traffic at Trbojevic though and I'm not sure Chambers is that kind of player.

For mine this is an absolute must. The Sharks winger is an Origin player in every aspect. He's big, fast and arguably the most passionate player in the game.

Coates was bathed by To'o in game one. I would have no hesitation in throwing the young tearaway in on the wing. His future is in the centres but that would be a step too far at this stage.

Coates has a monster career at Origin level ahead of him but missed last week through injury after a rough Origin shift. Meanwhile Ronaldo's return for the Sharks has brought tries and a defensive resound.

This is a no brainer for mine and I would be shocked if the youngster isn't in the squad later this week.

I suggested in a group chat a few weeks back that the Maroons would be tempted to name Reece Walsh for Origin III. I'm a big believer that if you're good enough then you're old enough.

I've had time to think about it though and this smacks of a Jarrod Mullen-type situation.

Call him into camp, absolutely, but this ultimately is a kid with a handful of games to his name. He hasn't even settled on a full-time position yet.

Also, I wouldn't be moving DCE or Munster to play him in the halves, whilst Ponga is their obvious number one.

Playing him in the middle from the bench is a horrible idea.

I wouldn't be naming him for Game II but if they want to take the ultimate punt, throwing the supremely talented youngster in certainly fits that description.

Before proceeding I want to say I don't like this at all but I've seen it suggested and can, somewhat, mount an argument.

The thinking is that Ben Hunt starts at hooker, a position I still believe is his natural spot, takes the sting out of the game then Harry Grant is thrown in when an opportunity arises.

Think the same blueprint as what Melbourne are doing. Smith takes the opening 20 minutes then Grant tears apart tired defenders or bench forwards.

I would be playing Grant 80 minutes, if he's up to it fitness wise. Given he'll have another two games under his belt, he should be fully fit and up to the 80 minutes.

It's an option though and Hunt's experience could come in handy.