It seems unlikely, but the Gold Coast Titans can spring an upset tonight to snap an 18-game winning streak for the Melbourne Storm.

But they will have to be absolutely flawless for the entire 80 minutes. Consistency is not an area Justin Holbrook's side have excelled at this season, but this is almost the perfect storm, so to speak, if Melbourne's winning streak was ever going to break.

Craig Bellamy's side are on this incredible run of 18 games straight, but that in itself could bring complacency into play.

The Storm aren't a side often accused of complacency, but comments from Cameron Munster during the week suggesting a loss wouldn't hurt them, and from football operations manager Ryan Hoffman on RSN Radio this morning saying they will rest more players ahead of the finals suggests their eyes are nor firmly set on a bigger prize than belting the Titans tonight.

It's not to suggest Melbourne don't care - of course they do. They are a professional football team who want to keep winning games, but there has to be a breaking point in any successful premiership-winning side.

Winning 24-straight through to the Grand Final is almost a seeming impossibility. It's not to say they couldn't, but this is the perfect time for that loss to occur if it's going to. Losing to Parramatta is something they won't want to do - it'd be something which gives them a real confidence boost after four straight losses. And losing in Round 25? That isn't the momentum you want heading into the finals.

So again, it's not as if Melbourne will throw the game away. The Titans will still have to be perfect. But the conditions are there for Melbourne to now be at their best tonight.

Add in the fact Jahrome Hughes, Brandon Smith, Dale Finucane and Justin Olam - who is one of the most underrated players in the competition - have all been rested, and that Ryan Papenhuyzen is about to start his first game since Round 10, to go with Nicho Hynes playing in the halves, and you get the idea.

The idea as to why Melbourne may not be at their best tonight.

But that doesn't mean the Titans are favourites. Anything but in fact.

This is a team who let in 36 points to the South Sydney Rabbitohs last weekend and haven't beaten a top-four side all year. In fact, their record is staggeringly bad against the entire top six, letting in 297 points in the eight games they have played against them.

That's because the Titans' defence simply hasn't been up to par for much of the season. They don't appear to have the drive, the will to commit in tackles, or the energy to play for a full 80 minutes on that end of the park.

It appears at times as if motivation is the issue, and that's hard to disagree with, given the amount of youth which resides on the team. They are a joy to watch in attack, but the best teams will always attack from their defence, which is a skill Justin Holbrook's team haven't mastered for any significant length of time. 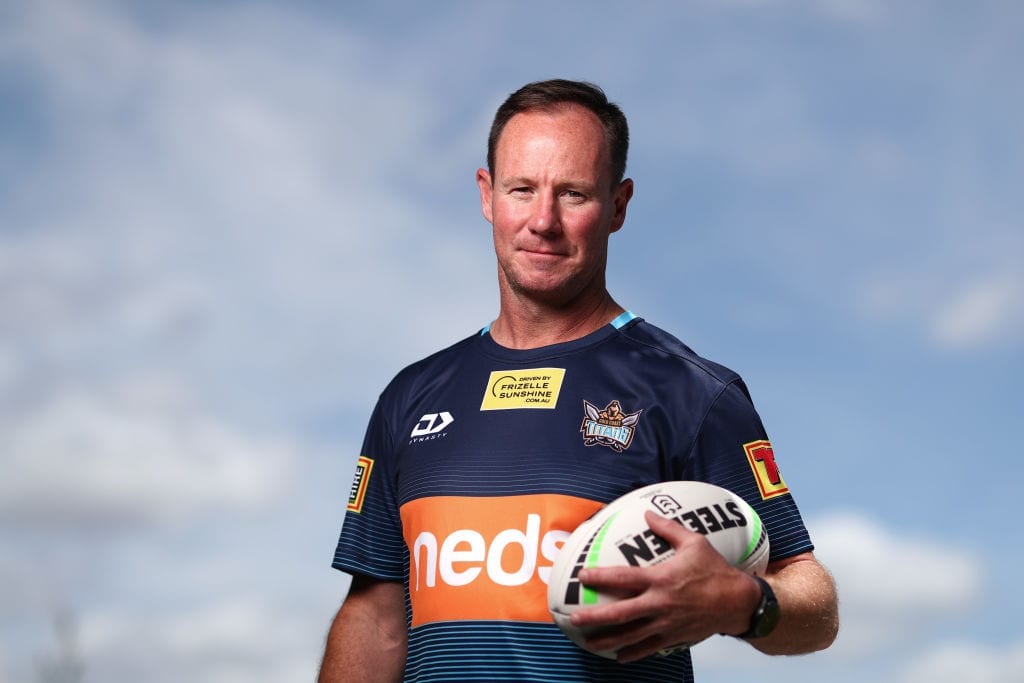 But, with some recent clunkiness in Melbourne's attack, and the Titans managing to hold three teams to less than 16 points in a row before last week's mauling at the hands of South Sydney, they have proven they can do it against lower-ranked teams on the ladder.

Justin Holbrook should have no problems motivating his team this evening. Sitting in eighth place, but with the Knights two points ahead of them, the Raiders equal in ninth and the Sharks, Dragons, Warriors and Tigers all just two points back, wins are of paramount importance for the Titans.

In fact, with matches against the Knights and Warriors to follow, it could be suggested anything less than two out of three will see them fail to qualify for the finals, which would be a dismal failure on the season, given the roster they were able to put together.

If they can get their defence right, then it's all down to the attack breaching Melbourne's defence. They pushed the Storm all the way last time the sides met, but have also ran up scores of 42 against the Knights, 30 against the Rabbitohs, 34 against the Roosters and had 24 on Manly by halftime last time those sides met.

This is a Titans' team who know how to find the try-line, particularly when they have an even share of possession. With Finucane and Smith out for Melbourne, finding an equal share of possession should be doable, especially when you consider the names in their own middle third, led by Moeaki Fotuaika and Tino Fa'asuamaleaui.

Do that, and the return of Jamal Fogarty from injury should be able to keep their attack going on a similar level, even against a purple brick wall which will be put in front of them.

I'm not sure dropping Toby Sexton was the way to go, given how poor Ashley Taylor was last week, but Fogarty is the key, even without star fullback AJ Brimson.

The Titans will be able to battle their way into the game through the forwards, while the form of wingers Corey Thompson and Greg Marzhew has been outstanding in recent weeks, as was the performance of Jayden Campbell when he replaced Brimson last time these sides met. 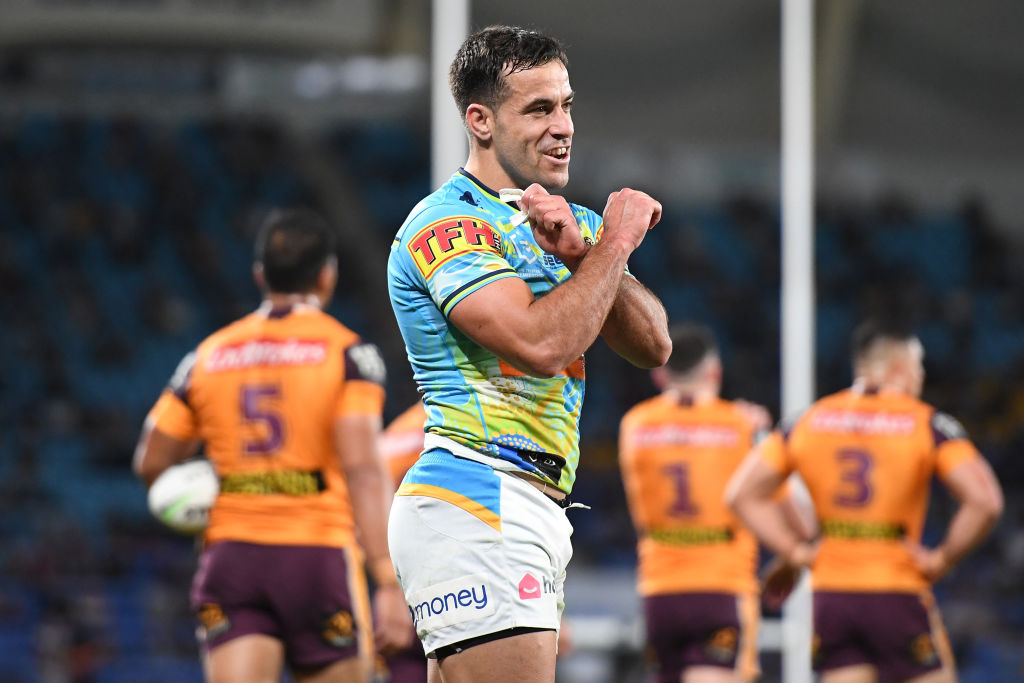 But it's the middle third. That's where this game will be won and lost for the Titans. If Fotuaika and Fa'asuamaleaui, as well as Jarrod Wallace can all clear 150 metres and pave the way for David Fifita to have a big game, then the Gold Coast will be right in this.

This is a must-win game for the Titans. There is no way around it. And they will have to be borderline flawless.

They are not favourites, but the perfect storm is there. All the building blocks are there. They might just pull this off.