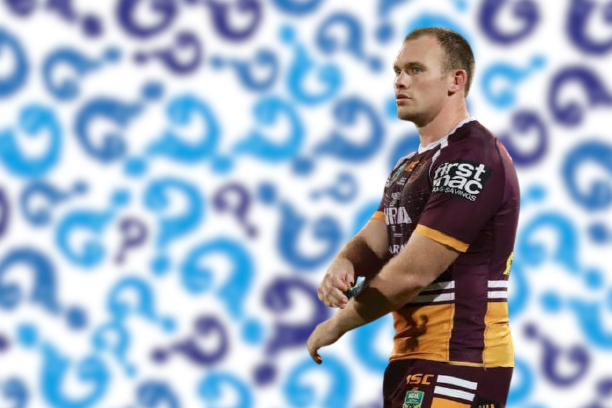 Brisbane prop Matt Lodge could be on his way to the Knights as his management attempts to arrange a swap with Newcastle's David Klemmer, reports Nine's The Mole.

The pair, both represented by the camp of former player manager Isaac Moses, have been linked to a player swap after uninspiring starts to the season by the two clubs.

With Moses reregistered, one of his relatives is now handling both players' contract talks, although Moses is reportedly still in the background 'pulling strings'.

Klemmer, who has made 164 league appearances and represented NSW and Australia, made the move to the Knights in 2019, where he has been able to offer valuable leadership and experience in a struggling 2021 team.

Lodge has previously been linked to Penrith but remains contracted with the Broncos for the 2022 season. The 25-year-old had an interrupted 2020 after suffering an ACL injury in the pre-season but has managed 7 games so far in 2021.

Lodge arrived at the Broncos in 2018 after a three-year hiatus from the league following his axing from the Wests Tigers after a 2015 incident in New York where he was charged with assault.

The move would benefit Lodge, who has reportedly grown frustrated with his struggling Brisbane side that could use the leadership boost of Klemmer.

The Broncos have won just two games from the opening nine rounds of the season. Their last match, a 19-18 loss to North Queensland, saw captain Pat Carrigan go down with a season ending ACL injury. Fellow captain Alex Glenn also remains on the sidelines following a calf injury.

The Broncos next face the Sea Eagles on Friday night, while the Knights clash with the Wests Tigers in a Suncorp Stadium double header as Magic Round gets underway in Brisbane.