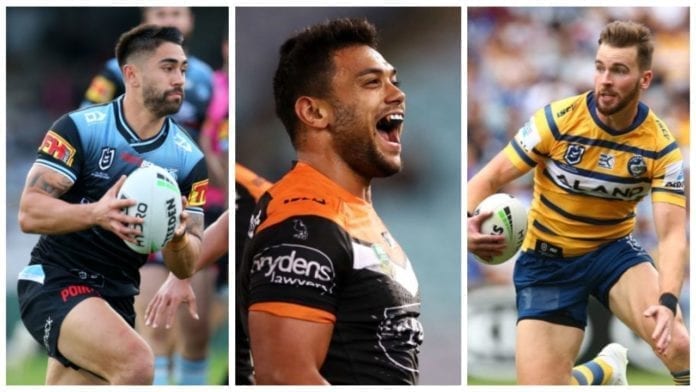 It's that time of the year yet again. The time we name our best 17 for the regular season in our Team of the Year.

Just a few ground rules to explain. Although this isn't decided on Dally M rules, in that whoever earned the most points is voted in, games played are taken into account. For instance if a player had two games in 2020, although they may have been man of the match efforts, they're not going to pip a player who played 18 good games.

For the interchange bench we've selected the best interchange players, not the best run on players who missed out, players must have made significant appearances from the bench to qualify.

We haven't taken into account left/right hand side. Rather we've just named the two players in certain positions I'd pick. They're so talented we're sure they could shift sides where required. We've also picked on positions played. For instance we haven't named a prop at lock, or a lock in the second row.

King Gutho had an absolute monster season and was, by far, the Eels best player. He pips Tedesco and RTS for the spot here, which should cause some chaos in the comment section.

Gutherson ran for over 4180 metres, placing him second on the list for the season, whilst topping the kick return metres by well over 300 metres. 10 tries and 17 try assists in his 22 performances this season saw him finally deliver on his early promise. Has earned his Origin selection.

It's natural that most players in these lists will come from the better performing teams. That said, David Nofoaluma is the winger of the year for mine despite the Tigers again missing finals.

17 tries across his 20 games, as well as 17 line breaks and 118 tackle breaks prove just how hard he was to contain in 2020. He averaged almost 180 metres per game. Fair to say Nofa was the Tigers main man this year. Monster season.

The Panthers' relative rookie has enjoyed one of the best seasons in memory for a centre.

16 tries, 16 line breaks and seven try assists in his 20 games show his worth in attack, while his defence improved dramatically from his rookie season. There is no limit to what this kid can achieve.

We would be shocked if he wasn't named in the NSW Origin squad. There wasn't a  more dangerous centre in the game in 2020 than Crichton.

We're going to give the nod here to Lomax, just over Josh Morris, although this could go either way. Lomax was a weapon for the Dragons and a rare highlight in an average season.

13 tries and seven try assists in 20 games are brilliant numbers in a side who struggled to score points. He ran for over 100 metres per game but its his defence that shone with an 87% tackle efficiency. He literally won games single handedly for the Red V.

We don't think many will forget Alex Johnston's five-try effort in the Bunnies' 60-8 win over the Roosters any time soon. It just capped off a wonderful season for a player who looked like he was on his way out of the club at one point.

22 tries, 23 line breaks and well over 100 metres per game made it impossible for the Bunnies to let AJ walk away. He also filled in at fullback brilliantly when called upon.

This was the most difficult position to fill due to Jack Wighton and Cody Walker's incredible back ends to the season and Jerome Luai's campaign.

Johnson literally kept the Sharks in the race this season and delivered them to finals. His 23 try assists were a season high despite only playing 16 games. He also had 18 forced drop outs, converted at over 75% and tackled at over 81% possession.

He wasn't blessed with world class halves partners as the other three contenders were. Once he went down injured the Sharks were no chance.

Cleary was the easiest choice here and is the clear cut favourite to pick up the Dally M. The Penrith superstar faced the very real chance that his season may be best remembered for a horrible dance but he returned from his suspension as the game's best player.

Seven tries, 15 try assists, 11 line break assists, 27 forced drop outs and an 84% tackling efficiency are all amazing stats but the way he lead the team around cannot be measured. Don't let the late, highlight form of Wighton and Walker fool you, Cleary has been the game's best half all year.

This was another difficult position given the talent on show in 2020. Ultimately though I think it's pretty clear that Penrith big man James Fisher-Harris was the premier prop across the regular season.

Fisher-Harris averaged 180 metres per game, although I'd expect those to have been closer to 200 if he wasn't given early marks toward the end of the season. He made a ridiculous 1450 post contact metres and also tackled at over 90%. HUGE!

Perhaps a controversial call given the late season charge by Damien Cook and the fact that Cam Smith exists but there was no better nine in 2020 than the Panthers gun.

Defensively, Api is within the top two or three hookers in the competition whilst his service out of dummy half is top class. His decision making this year was top notch. 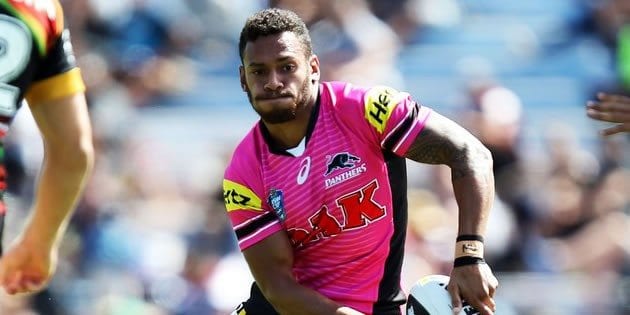 Rather than just taking off at every opportunity, he didn't overplay his hand. Possibly the game's most improved player.

Paulo made over 150 metres per game on average, broke 48 tackle and laid off an insane 54 offloads. He also tackled at over 90%. He massively improved his minutes and overall effort in 2020 and will be almost certainly make his Origin debut come Game One.

Paulo is now as effective in the 20th+ minute of his stint as he is in the early stages. Prior to this season that's not something that could be said.

Truthfully the stats here aren't as good as I expected, but the eye test says Kikau is the best second rower in the game right now.

Just shy of 100 metres per game, 21 offloads, 61 tackle breaks and seven tries aren't exactly bad by any means, but the amount of defenders Kikau attracts creates so much space outside him. I wish there was a stat for that as I'm sure Kikau would be streaks ahead.

Had his disciplinary issues this year which may cost him the award come Dally M night but he's a near automatic selection.

If Kikau isn't named second rower of the year, it will be the Warriors workhorse Tohu Harris. Considering the career he has had, for 2020 to be a career best year is really saying something.

Harris averaged over 170 metres per game, in the second row, and made almost 94% of his tackles. Only six times in 20 appearances did he fail to complete 80 minutes, with 61 minutes being his shortest game time. Absolutely incredible!

Perhaps a little unlucky for Joseph Tapine here, so close. Again though, Taumalolo was the best lock across the competition. The fact that people are saying he had a quiet year whilst still averaging over 200 metres per game and 53 tackle breaks says it all about his abilities.

Taumalolo was damaging and literally kept the Cowboys away from the Wooden Spoon race at times. If he was quiet this year, I'd hate to see what a bounce back year would look like.

Could argue Brandon Smith's place as the utility, but we're going all out here with four weaponry forwards from the bench, all of whom have absolutely earned their spots.

Toby Rudolf, for a long time, was the game's best forward between the 20th and 60th minute. He was an absolute weapon for the Sharks and far outplayed the more senior props within the club's ranks.

Leota may be named the interchange player of the season and is in the mix to be a 'shock' selection for the Blues. The Panthers lost absolutely nothing once their all star starting props hit the bench for a rest.

Talakai is the game's biggest bargain. He was the Sharks best forward and I'd say second best player behind Shaun Johnson in 2020. Not bad for a bloke on a minimum deal. He also filled in at centre, and in the middle when called upon.

Big Tino is a certainty to make his rep debut for QLD after a monster year. He started plenty of games but added so much when coming off the bench. A huge signing for the Titans for 2021 and beyond.