We are looking back at the best NRL teams of the century and asking you – who is the greatest?

We’ve put 16 of the best sides from the 2000s in a head-to-head elimination tournament where the winner will be voted by you!

There are two groups and four matchups in each section. The winner of each group advances to the grand final. The winner of the polls, as voted by you, will determine who will advance to the next round where we will post an article showing the upcoming matchups.

Please note: This is a look at each team’s individual season, not the club’s dynasty or period over multiple years. Some dynasties have been incredible, but we are focusing on the best season in those successful periods.

Moving on to the Grand Final…

We’ve got an all Queensland Grand Final matchup, with one of the clubs finishing on top of the ladder and the other finished third with exactly the same number of points throughout their respective seasons.

Despite finishing in third place in the 2015v season, the North Queensland Cowboys were surprisingly the best away team that year, winning nine games while dropping three. In that, time they scored 295 points away from home and conceded 224 points.

The Cowboys home form was a bit up and down as they won eight games, dropping four while scoring 292 and conceding 230. 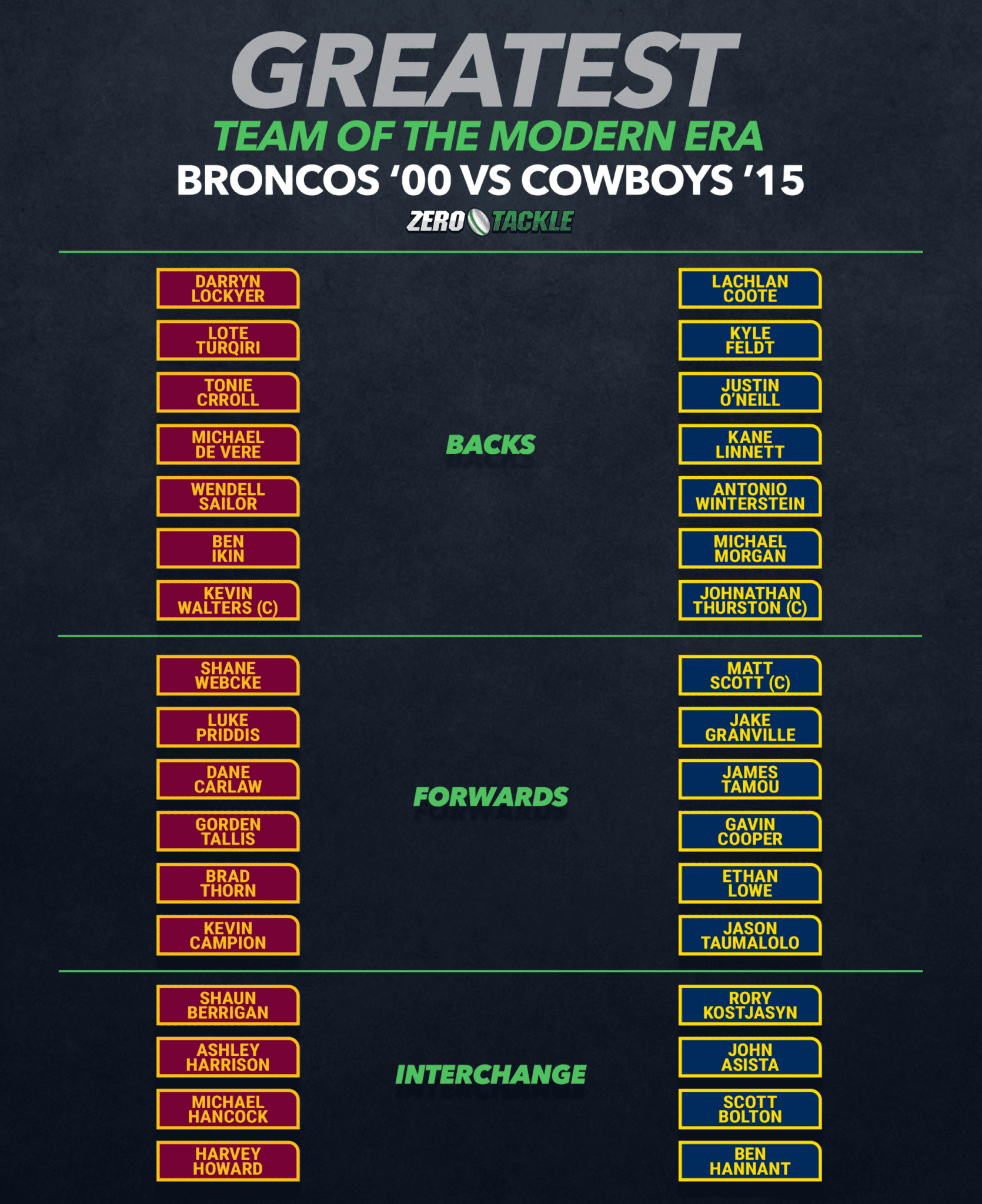 Their away form though was similar to the Cowboys home from. Despite finishing on top of the ladder, they won six away games (as did 11th placed Canterbury Bulldogs) while dropping six games, scoring 286 points and conceding 218 points.

Forget the ladder positions from the respective years, looking at the home and away from particularly the latter, it is a very evenly matched Grand Final.