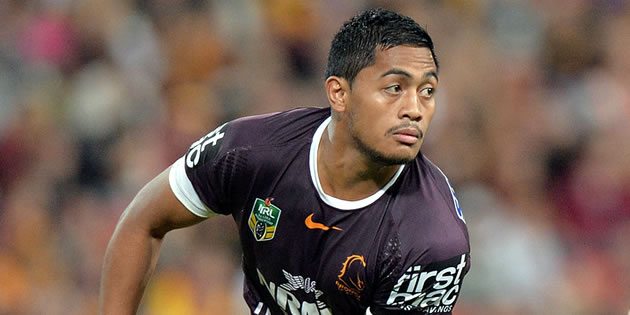 A week after last season’s NRL Grand Final, I put together a top ten list of the players I considered to be the best recruits heading into 2015.

The list was written before the likes of Brett Morris and Blake Austin’s transfers were confirmed, so only signings that were officially confirmed prior to Grand Final day were considered.

With all the negative news circulating in the world of Rugby League right now, I thought it would be a good time to take a light-hearted look at how the aforementioned top 10 are faring.

Well, this one certainly hasn’t worked out to say the least. When the Warriors signed Allwood, I believed he would fill the vacant wing spot. He had the size, the power, and speed, but unfortunately has only features once this season for Andrew McFadden’s men. The Warriors incredible stocks in young outside backs, and surprisingly journeyman Jono Wright, have blocked his progress. I hope he can re-ignite his career, he’s certainly young enough to do so.

Conclusion: Definitely not in the top ten performing recruits.

Have to admit I copped a fair bit for naming Blake Green in the top ten, but he has certainly surpassed any expectation, including mine. For the majority of the season the former Wigan Warrior has outplayed his halves partner in Cooper Cronk. Last season the Storm really missed Gareth Widdop, and in Green they have found a brilliant replacement. Craig Bellamy has an unmatched ability to turn decent players into game breakers.

Conclusion: Could possibly be higher, but definitely top ten

The only glimpses of young Jack Bird I had seen prior to the Auckland Nines was via a few televised Holden Cup matches, but those were enough to indicate Bird would be a good long-term signing. That being said, I don’t know many who would have predicted his incredible rise happening so rapidly. Bird completely turned the Sharks season around with his performance against the Roosters and has not looked back. This kid has a monster future ahead of him, and Sharks fans will be hoping he signs an upgrade, long-term contract before too long.

The Bulldogs took a huge punt in moving on their established number nine for a rookie. The move was certainly a look to the future. Right now I would say Ennis has outplayed his replacement, but Lichaa has certainly not let anyone down. Still learning his game, Lichaa has produced some brilliant performances, especially in defence. The Dogs have signed a ten year number nine, and can expect big returns on their investment.

Conclusion: Although his best is certainly yet to come, Lichaa’s recruitment is a very good one.

Hannant’s move north to the Cowboys has been a universally beneficial one for all parties. The Cowboys now have a third rep level prop to complete their incredible prop rotation, the Broncos have been able to promote their younger props, whilst Hannant himself is having a genuine career revival season.

Conclusion: A great piece of business from the Cowboys.

Stewart has adjusted to his new surroundings very quickly and has proven to be an important part of the Bunnies puzzle. Although injury did see him miss a few weeks, Stewart has arguably lived up to the hype that followed him from Brookie to Homebush Bay. Some Rabbits fans said he was signed to replace Sam Burgess, although I think it’s unfair to compare the players as they’re different in their roles. Stewart has performed extremely well and still has plenty to give.

Conclusion: A very solid season. Lacking the magic he showed at Brookie but is finding form at the right end of the season.

Although Hoffman has only managed to play ten games during his time at the Warriors due to injury, his form has been quite impressive. He probably hasn’t produced the form that saw him turn the Storm’s big three into the big four, but he has shown definite glimpses. With Shaun Johnson out injured for the rest of the season, Hoffman’s return to the side becomes all that more important. Having done it all in rugby league, his experience will be vital in the coming weeks.

Conclusion: Definitely not a top five recruit, but a good purchase all the same.

Sharks fans were furious when Michael Lichaa left for the Bulldogs, however fury turned to smiles when Michael Ennis pledged his future to the Shire club. Ennis has been one of the Sharks best all season and earned an Origin jersey as a result. His experience, and aggression has added plenty to the black, white and blue. He will play on next season and will likely be used to mentor Nu Brown, who is seen as the future in the number nine for the Sharks.

Conclusion: Spot on. Surely a top three recruit and a major reason for the Sharks massively improved 2015.

Sims was bought to the Hunter to add some youth and aggression to an aging Knights pack. Simply put the Knight have had a horror season and I believe Sims has suffered as a result. He has by no means played badly, but the fact he has played in a well beaten forward pack has affected his form. He shapes as a vital cog in the Newcastle machine going forward, as they first look to salvage what they can from 2015, and improve in 2016.

Conclusion: Sims probably wouldn’t be happy with his performance, and I would guess Newcastle fans may have expected more, but it’s hard to stand out in a well beaten side.

Anthony Milford’s slow start at Brisbane had many wondering if his move into the halves would prove to be a disappointing one. Fast forward to round 20 and nothing could be further from the truth. His partnership with Ben Hunt has been a major reason the Broncos are flying high right now. It’s scary to think about just how good this kid could be given his first season in the halves has proved such a success already.

Conclusion: Has absolutely shone since his move to Brisbane, despite a slow start. Milford is on his way to becoming a true megastar.

For the record, the Top 10 performing recruits this season, as they stand:

Johns: The two signings that could fix the Bulldogs