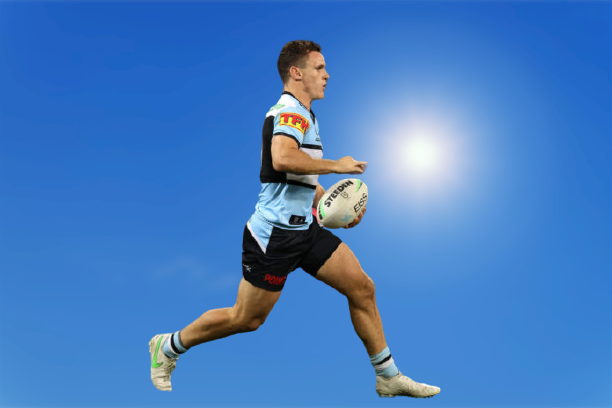 The Sharks confirmed his new deal on Wednesday afternoon, tying him to the club until the end of the 2024 season.

The Sharks junior had to depart the Shire to earn an NRL debut with the Rabbitohs in 2019.

Retuning to Cronulla in 2020 and cementing his spot in the first-grade team, Treacey now thrilled to lock away his future.

“It’s obviously exciting times to be able to sort my future out,” he told sharks.com.au.

“I played a lot of games here as a junior, it’s super exciting to be staying here. I can’t wait and I’m looking forward to it.”

Tracey has been played all over the field during his NRL career and and has found a surprise new home on the wing in recent weeks.

The 24-year old said he is happy to play wherever he is most required for the team.

“I get asked a lot, a lot of different people ask what my best position is, but I just take it week by week. The more I think of that, the less I’m going to be focussing on the position I have to play for the team,” Tracey added.

“If I get put on the wing, I’ll learn how to do that, centre the same thing. Anything in the backs I’m pretty happy with.”  “The re-signing of Connor is a wonderful announcement for both the club and Connor.

Sharks coach Josh Hannay praised Treacey's team-first traits and said he was a highly valued player for the club's future.

“Throughout this year Connor has continually demonstrated the type of traits that we want in Cronulla Sharks players – commitment, determination and a want to compete," Hannay said.

“It’s these traits that make Connor an extremely popular and respected member of the squad and I know I speak on behalf of everyone involved in our football program when I say how happy we are to have him commit to the club for a further three years."

Hannay has now made 28 first-grade appearances.