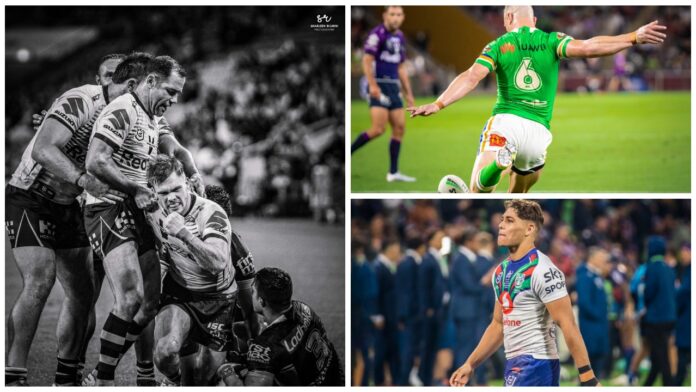 If you haven't yet seen up-and-coming rugby league photographer Sharleen Righini's snaps, you've been missing out... until now.

This hidden-gem freelancer has serious talent in taking amazing pictures, with a portfolio growing more impressive by the week.

Yet to be picked up by a publisher or professional photography business, the 24-year old is currently honing her craft behind the lens at NRL games, most regularly while supporting her beloved Melbourne Storm.

So passionate about taking photos of the Storm, Righini made the move south to Melbourne from Lightning Ridge - a small opal mining country town on the border of New South Wales and Queensland. 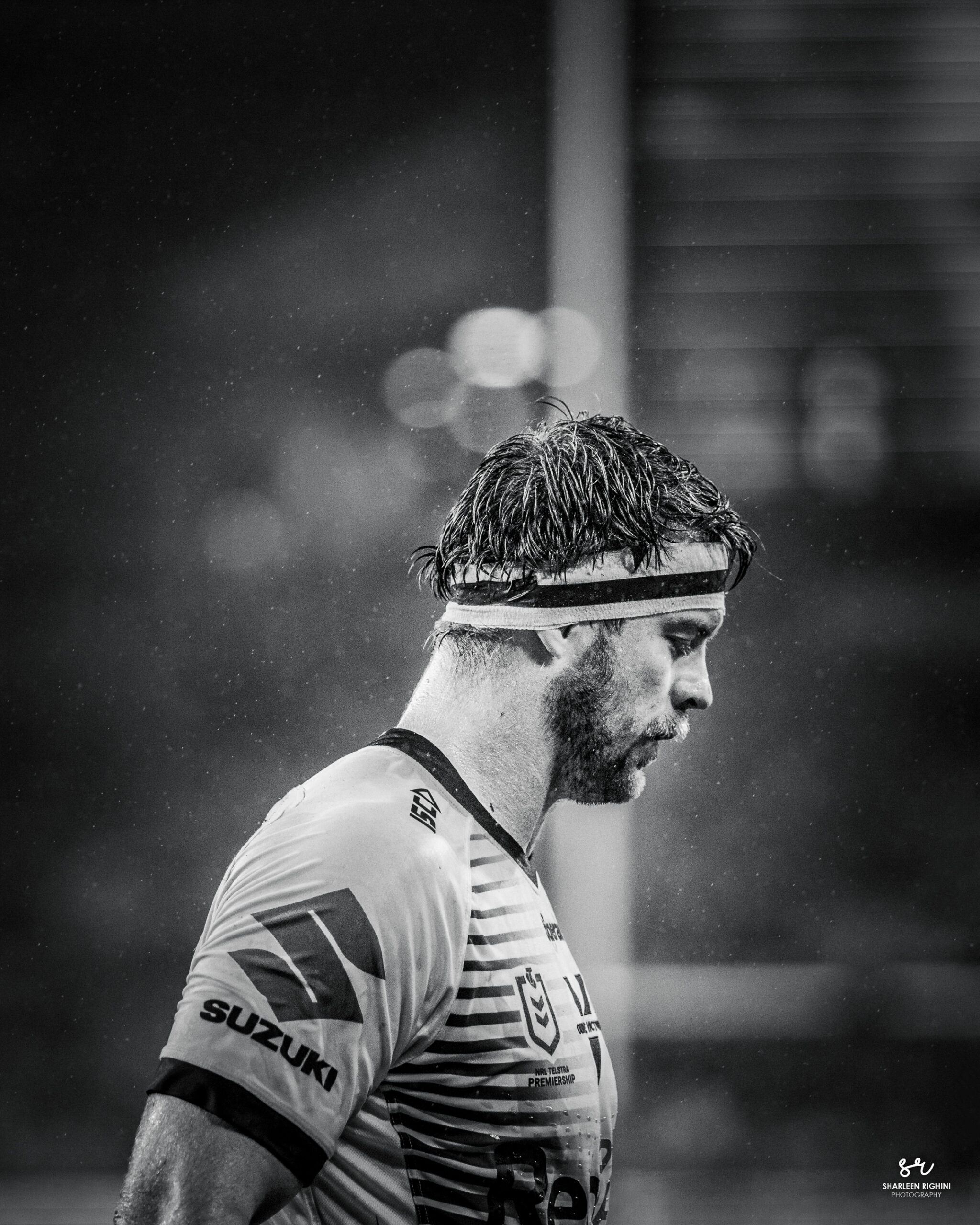 But she wasn't always a Storm fan. Righini grew up supporting the Brisbane Broncos and Queensland Maroons, taking after her father.

Righini spoke to Zero Tackle about how her initial passion for the NRL came from wanting to be like her dad.

"My dad was a very big Broncos supporter, he came over from Italy in the 1970s to work up in Queensland," Righini said.

Coming through middle school, Righini's friends all decided to support different NRL teams, and with the Broncos already taken, she needed to jump ship.

And being a follower of the Maroons, it made sense for the Storm to be her new team - where the likes of Billy Slater, Cameron Smith and Cooper Cronk also did some of their best work. 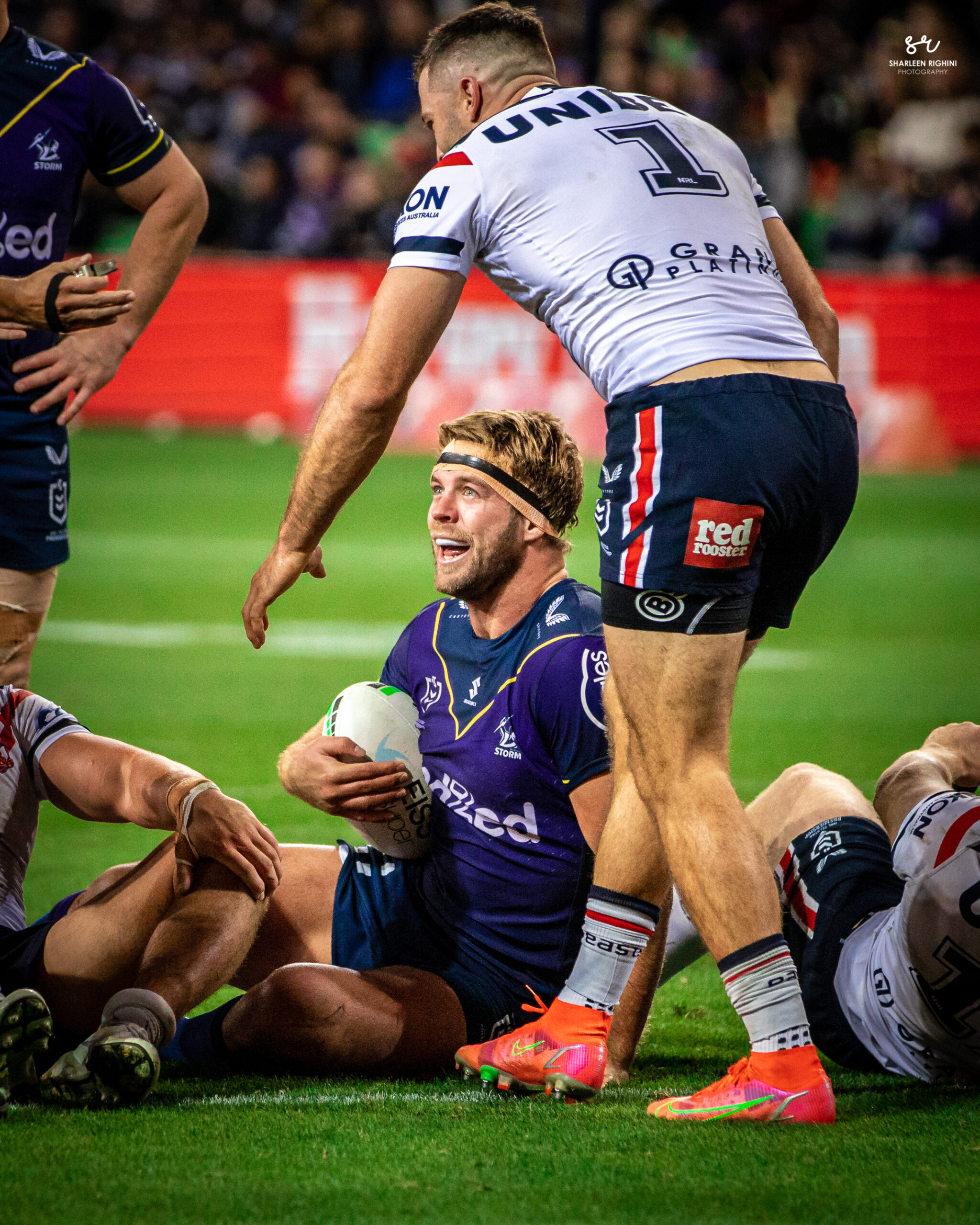 As Righini began to attend games more regularly, eventually buying her first camera in 2016 to take pictures, a simple hobby started to grow into something greater.

"I got more into it (NRL) in middle school, one of my best friends was a big Roosters supporter. We all decided to have our own teams and one of my other friends wanted the Broncos so I couldn't have them. She said 'why dont you go for the Storm?'

"I obviously knew Billy Slater from Origin so got really into them (the Storm). I wasn't very good at sport but liked going to games and used to watch local footy and try to take pictures on my mum's phone. It kind of grew from there. I bought my first camera in 2016 and then tried to go to as many more games as I could.

"Then I finally moved down to Melbourne this year."

Righini described her love of photography as a "hobby that had kind of evolved". She taught herself for the most part, and is now undertaking a Diploma of Photo Imaging to further progress her skills, also learning about graphic design.

She has previously only been able to attend two or three Storm games a year, a count that has nearly doubled already in 2021 and one she hopes will continue to grow. 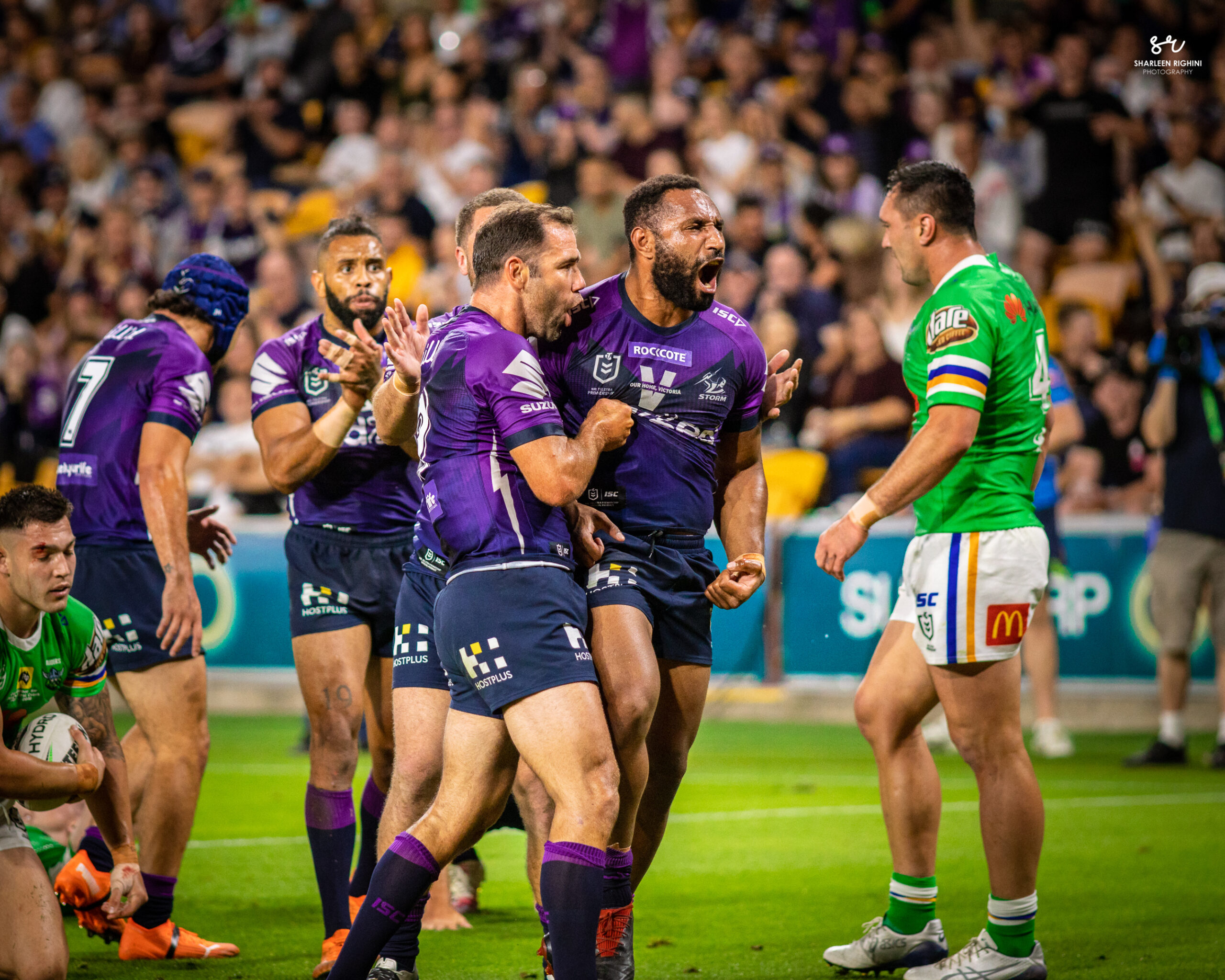 While Righini is yet to be picked up by an agency or company, a number of NRL players have reached out to her to obtain some snaps.

Most recently, Jahrome Hughes, Josh Addo-Carr, Daniel Atkinson and Latrell Mitchell have posted Righini's pictures on social media that she sent them. Jack Wighton and Cameron Munster have re-shared her work and Nelson Asofa-Solomona and Harry Grant have requested some snaps. Some decent company there.

Her point of difference is not just taking action shots, but all the authentic in-game moments between plays.

"I know a lot of sports photographers take action shots, and I try to get those as well, but I like to get little moments between the players. Like when they're celebrating or discussing something, just to be a bit different," she said. 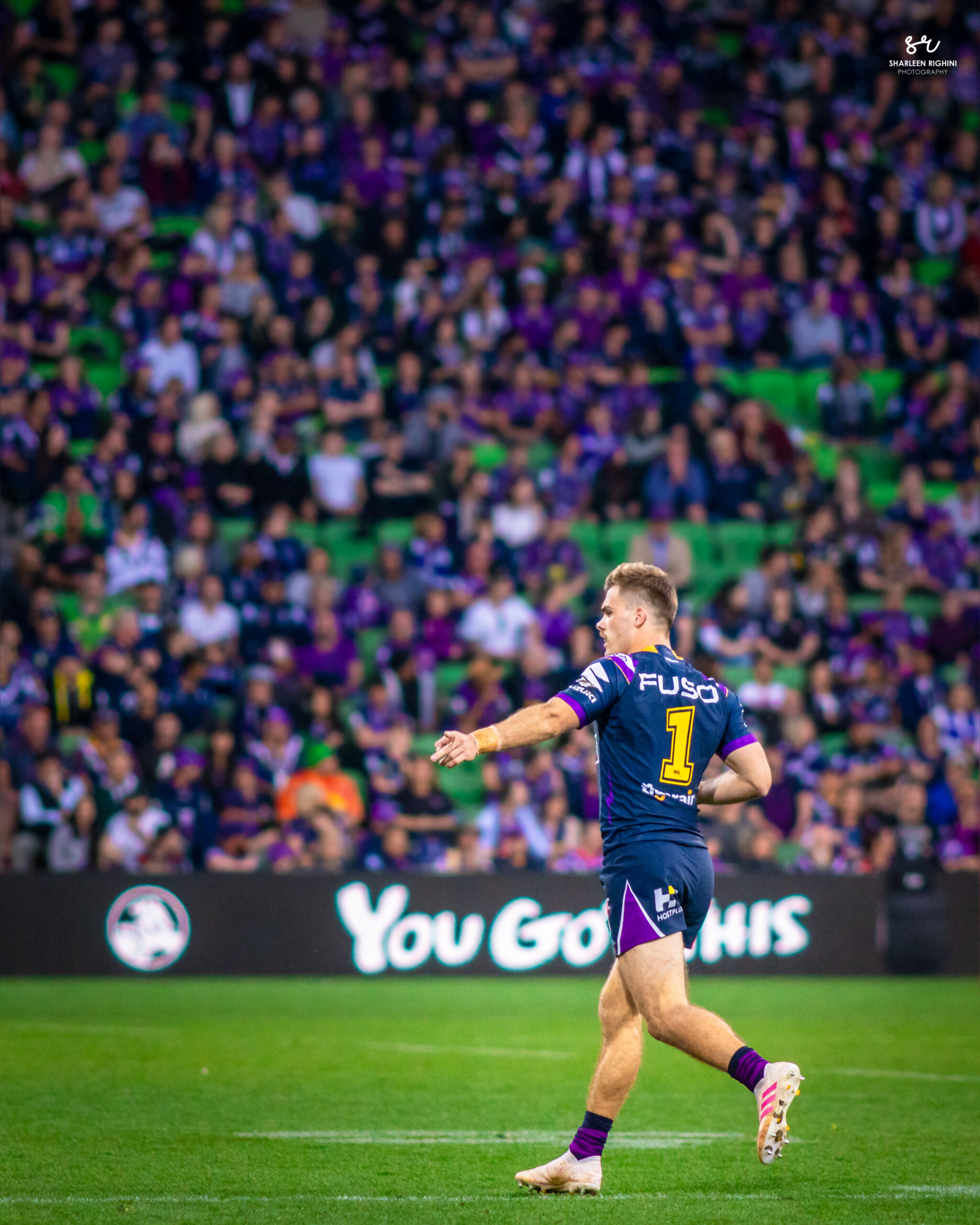 Righini's end goal is to become an officially licensed NRL photographer, but is currently focused on building her portfolio and gaining more experience at local football level and even at basketball games.

"I've actually just reached out to a few companies down there and they want to start me out on a couple of basketball games. But I haven't done any of that yet, she said.

"I'm hoping to break into the NRL. I've reached out to NRL Victoria and they want to get me started on local footy and then hopefully go from there."

A rising star of the photography game, this is only just the beginning of Righini's promising career. She is sure to capture countless magical moments for sports fans for many years to come.