All of Jared Waerea-Hargreaves, Victor Radley and Angus Crichton have escaped without a charge after being put on report during Sunday's clash with the New Zealand Warriors.

It means that all three of the Roosters' forward trio will be able to play on ANZAC Day against the St George Illawarra Dragons in next Monday's traditional encounter.

Waerea-Hargreaves was the first to be put on report for a shot on former Melbourne Storm forward Aaron Pene, with the tri-colours prop's arm making direct contact to the nose of Pene in a tackle.

Referee Ziggy Przeklasa-Adamski, in explaining the decision at the time, labelled it "direct, minimal" contact, which meant the veteran prop was able to avoid the sin bin.

Pene seemed to have fallen in the tackle, which angered Waerea-Hargreaves as he was placed on report.

Radley was the second player to be placed on report shortly before halftime for a high tackle on Warriors' winger Edward Kosi. 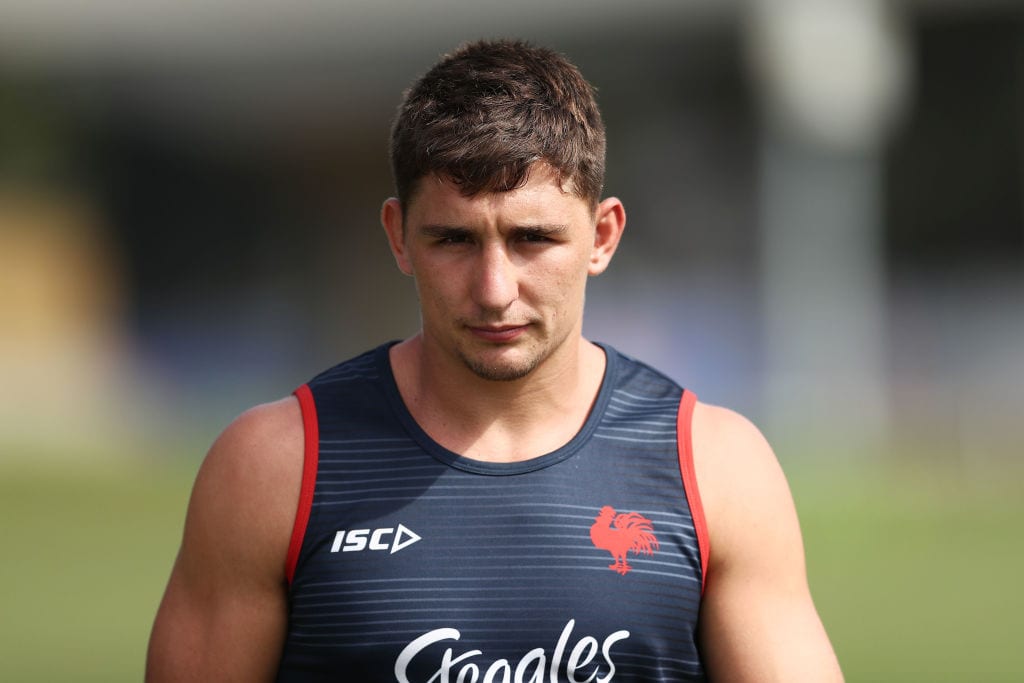 The youngster had gone to ground in an attempt to get out of the in goal, with Radley making direct contact to the head of Kosi who had to come off for a head injury assessment, which he ultimately passed.

Speaking at his post-match press conference, Warriors coach Nathan Brown said he had no idea where Radley was supposed to go and implored the NRL to not suspend him.

"I'll be really disappointed if the bloke who made the tackle (Victor Radley) gets suspended that got Edward Kosi," Brown said.

"Ed was diving to the ground to do the right thing, and I'm not sure what Victor is supposed to do so I hope they don't suspend the bloke for that one.

"I'm all for the protection of players. The ref got it right. He gave us our penalty and we got our free change because Ed had to go off, but we can't let the game get to that where Victor can't play because a bloke is that low to the ground."

Crichton was then placed on report for a crusher tackle of his own after halftime. The Roosters' second rower, who was promoted to the starting team for yesterday's clash against the Warriors was solid all day for Trent Robinson, however, was pinged by referee Przeklasa-Adamski after falling awkwardly on to the back and neck of winger Dallin Watene-Zelezniak.

The match review committee ruled the tackle wasn't worthy of a charge though, with Watene-Zelezniak able to play out the game, in which he scored a late try, giving the Warriors a chance of snatching a late win in a game they would ultimately lost 22 points to 14.

Both teams will now get set for ANZAC Day clashes, with the Warriors to play the Storm and the Roosters taking on the Dragons.