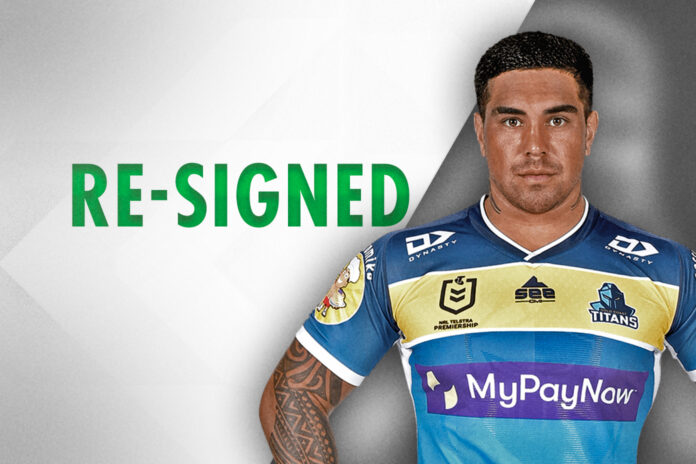 The Gold Coast Titans have confirmed that Erin Clark will remain with the club until at least the end of the 2025 season.

Clark was already on contract with the club until the end of 2023, but has added two years to his tenure at Robina.

Starting the 2022 campaign at hooker, the club's struggles eventually saw coach Justin Holbrook pull the trigger on a move for Clark as he shuffled to the number 13 jumper.

The switch allowed him to play a far stronger running game than what he had been able to provide the club in the dummy half role, and the last month has arguably been the best of his career to date.

A shortage of options in the number nine will see Clark move back into the role this week after Aaron Booth's season-ending knee injury last weekend, and he could be forced to play 80 minutes at hooker against the Sea Eagles with the bench featuring Greg Marzhew, Herman Ese'ese, Jaimin Jolliffe and Sam McIntyre - none of whom are likely to spend any time at dummy half.

But Clark is likely to shift back into a middle forward role next year, with the arrival of Sam Verrills from the Sydney Roosters to play at hooker recently confirmed by the club.

Playing his 50th NRL game last week, coach Justin Holbrook said Clark's story is a great one given he was almost lost to the sport.

"He's a great story for rugby league... a good young star coming through that never quite got there. He then got away from the game and just came up here for an opportunity and got himself really, really fit. Now he's become such an important part of our team," Holbrook said.

"Especially in that 13 role, where he's got great ball skills and he's very tough and competitive.

"He's quickly becoming a really important part of our team moving forward and I'm really excited about how much better he's going to get over this couple of years too.

"It's a great story for a good young player that probably lost the love and had a few things not go his way, but he just kept fighting for it.