A brave and severely understrength North Queensland Cowboys fell to the Cronulla Sharks on Friday evening to kick-off Round 18 in Townsville, but one moment left head coach Todd Payten seething.

With his club down by just two points with just over 20 minutes to play, Jason Taumalolo put on a vintage display to break a number of tackles before appearing to cross under the posts.

The NRL bunker wasted no time getting involved in the decision though, ruling a Cronulla defender had been blocked by Reece Robson in support, with an obstruction ruled.

The Sharks then raced up the other end, with Teig Wilton dotting down for a try that would ultimately put the visitors on path to defeat Payten's side.

The call left the NRL world fuming, with Robson not intentionally obstructing the Cronulla defensive line, however, his over run to move in front of Taumalolo before coming to a stop seemed to be all the bunker needed.

Payten, speaking at the post-match press conference however, suggested the defender may have run into Robson intentionally to draw the penalty, with little chance of stopping a rampaging Taumalolo that far from the line.

“A couple of those big moments went against us no doubt, that one hurts, and they go down and score a try that should have been stopped,” Payten said.

“The game is in the balance, I don’t like it purely because it rewards the player for having a play off, and then the fact that he intentionally runs up the back of support play.

“I don’t know how he is going to stop Jason either, he would have pushed him further into the in-goal.” 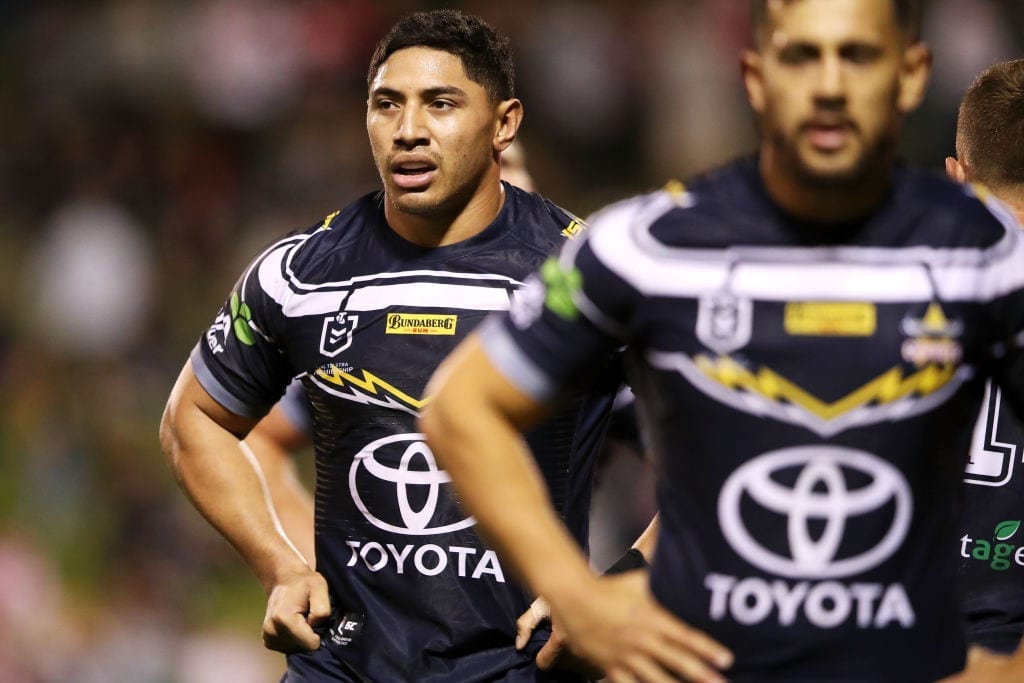 Taumalolo was also left confused, suggesting Robson couldn't disappear from the position he had been in to provide support to Taumalolo.

“Robbo (Robson) was supporting me and he was obviously there and what is he meant to do, he can’t disappear and make way for him,” Taumalolo said.

“He was there for the support in case I passed it.”

The Sharks, who ran out winners 26 points to 12, move into third temporarily with the win, although could move back to fourth at the end of the weekend if the Melbourne Storm get the better of the Canberra Raiders on Sunday afternoon, while the Cowboys are second, but would move back to third with a win to the Storm.