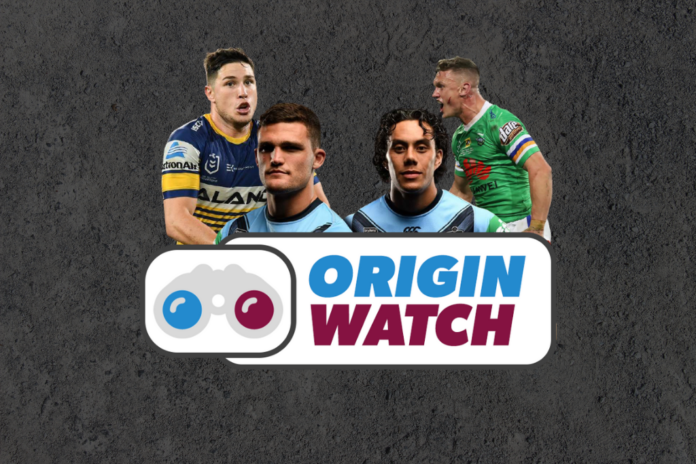 To date the New South Wales Blues have enjoyed almost a perfect State of Origin series. They lead 2-0 despite being forced into back-to-back games in Queensland, and have boasted near full strength sides twice.

For the first time in the series the Blues are being forced to face adversity.

Below we look at the big questions as one of the best New South Wales sides in history attempt to complete a 3-0 clean sweep.

How does the new halves pairing alter the Blues?
The big question, of course, comes in the form of whether the all-new NSW halves combination can lead the Blues to the ultimate series victory.

Mitch Moses and Jack Wighton are both very, very good footballers however with the greatest of respects they are not Nathan Cleary and Jarome Luai.

Moses was picked as the best of the rest after Adam Reynolds and co. failed to mount a serious challenge. Jack Wighton is a rep regular, however has not enjoyed anywhere near his top form in 2021.

It's also worth noting that the dominant Blues halves were also week-to-week teammates at the Panthers. Moses and Wighton will be playing their first ever game together.

Wighton is a Dally M medallist with Origin experience but his 2020 series was not good and his 2021 has mirrored his clubs in that it's been underwhelming.

That said, I'm fully confident that Wighton will be more than fine come Wednesday night in Newcastle.

Mitch Moses, however, could go either way. I'm a huge fan of the Eels halfback and actually tipped him for a Dally M medal run last season. At his best, he's a top-five halfback in the competition.

Unfortunately, though Moses isn't exactly known for his consistent run of performances in big games. The general feeling is he's a brilliant front runner but can struggle when under immense pressure.

The game-plan seems simple: Kick the side out of trouble then get it to Tom Trbojevic, James Tedesco and Latrell Mitchell in space when in attack.

Nathan Cleary has been, easily, the best half in the series to date. Luai has been the second-best.

Throwing in a completely new halves combination is pretty much worst-case scenario stuff but with the pressure slightly released on both due to the series result being secured, I expect both to be fine and play well.

First time under strength:
As well as the aforementioned halves missing Game 3, the Blues are also missing their best prop this series in Daniel Saifiti.

They're also sans their number 14 off the bench. I love Apisai Koroisau but he lacks the versatility of Jack Wighton.

Yes, obviously Wighton moving into his preferred number six is for the best but he can cover fullback, centre, wing, halves and lock. Koroisau is a specialist nine.

In terms of what Queensland are missing, the Blues have had a near dream run.

They were hugely lucky that they were only Angus Crichton and then Jake Trbojevic (who via Cam Murray were a like-for-like swap) from being at 100% during Origin 1 and 2.

It's easy to win when every position is at full strength.

Dale Finucane is a wonderful player yet not a week-to-week prop. Payne Haas is the obvious replacement however he has been incredible off the bench.

This Blues side is still ridiculously strong, however, it's no longer at peak strength, which has proven the difference in Origins in the past.

So often the difference between the sides has been one or two top-class players missing. I'm not sure it will prove to big a difference this time around, however, it certainly levels the playing field somewhat.

Is the desire still there?
There's no such thing as a 'dead rubber' in Origin football. I believe that to be true. No one representing their state ever wants to lose an interstate contest.

That said, anyone who believes this game means as much to the Blues players as if this game was one-all and with the series on the line, is kidding themself.

Whereas the Blues would love to complete a series clean sweep, The Maroons need to avoid being the first side in any years to suffer a 3-0 series loss.

Don't think for a second the Blues will be anything less than 100% committed and prepared, but you'd have to imagine this game means more to the Maroons.

In a contest that usually comes down to one big play or one superstar effort, the Blues having already secured their lap of honour post-game, may be just the tiniest bit behind their opponents ... Perhaps?

The thing that leads me to believe there will be no complacency here is Brad Fittler.

The guy bleeds Blue. He is NSW through and through and wants to drive in that final nail to ensure 2020 is consigned to nothing more than a distant memory.

I can't see the Blues dropping even a single percentage in effort and focus, but given there has been only two clean sweeps since (including) 2000 proves how hard it is to complete a whitewash.

Let us know below who you believe takes out Origin Three.