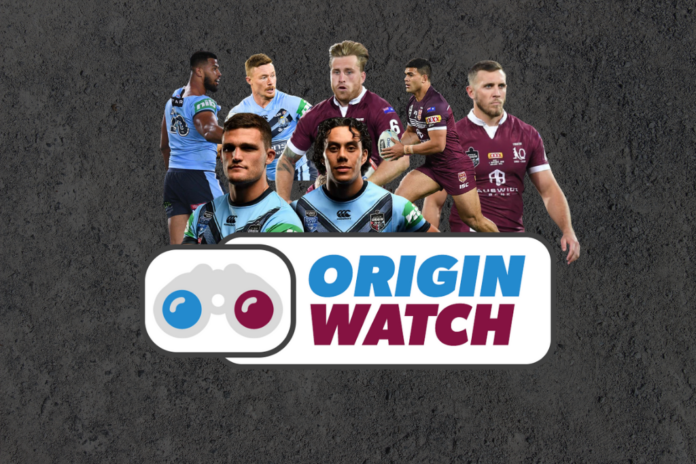 Queensland love a backs to the wall situation on the biggest stage.

Players out? We'll find others.

Far superior NSW side? Bah, no worries. Bring it on!

Which is good, as I can't EVER remember a backs to the wall situation quite like this.

You could argue that 2020 came close but this NSW backline is a different animal altogether.

If we were picking an Australia side right now, only Cameron Munster is guaranteed selection in that backline, while I'd argue Gagai's history in the green and gold probably sees him pip To'o for a spot.

Right now there are three players in the "best in the world" argument. Teddy, Turbo and Cleary. All three will run out for the Blues on Sunday Night.

Directly marking them is an Origin debutant with less than 10 NRL games experience coming off the worst game of his career, a second rower who was toweled up in game one, and the brilliant DCE.

In no way am I trying to poke fun of the Maroons or their predicament, but instead trying to frame just how high the Blue mountain will be to climb to keep the series alive.

So why I am not rushing out to drop $100 on Brad Fitler's men to get the job done if it's such a sure thing?

This is Queensland and this is Origin ... you can never count out these darn Toads.

So, can Paul Green orchestrate the most unlikely of Origin victories to send the series to a decider in a few weeks time?

Absolutely. This is a side boasting names Munster, Cherry Evans, Fifita and Gagai.

A side boasting this much talent can beat any side on any given day.

We've seen with these new rules how hard it can be to overcome a momentum shift. We also know how easy it is to have one, or even two players, sent from the field.

What's to say that the Maroons don't score early, then score again whilst having a one man advantage? 10 or 12 nil up with a MONSTER crowd behind them and suddenly this is a huge task for the Blues.

The old saying says "Rugby League is not played on paper". So true, but even if it were, it's not as though this QLD side is a bunch of also rans picked from the stands at the last minute.

Cam Munster is the very definition of a player who performs based on the "bigger the occasion, the bigger his performance" line of thinking.

Dane Gagai has been a thorn in the Blues side for so many years. He's outplayed the who's who of Blues centres and wingers.

Ditto Val Holmes. Holmes will revert back to the scene of many interstate crimes, mainly muggings, on the wing. He is in form that is approaching career best form.

Reece Walsh, despite his age has shown ridiculous talent, hence his selection. He may do what Ponga did and completely change the game with a play no one else on the field would have attempted.

Then you have named like Welch, Fifita, and Kaufusi who all have match-winning potential. Ben Hunt is also back and he has a wealth of experience at this level.

Then of course there's the last minute scramble the Blues will have to undertake due to Covid restrictions.

Prior to writing, it was reported that the Blues will need to employ a local medical team, after their trainers and a physio were denied entry to QLD.

Everything seemed to run smoothly for the Blues prior to their record-setting win in Game One, whereas this camp looks as though it will be heavily disrupted.

Meanwhile, Queensland are sitting with their feet up in the sunshine state awaiting their opponents.

With all of the above in mind, not even the most bias Blues fan would be looking to engrave the shield just yet. You just never know with that Maroon jersey.

That said, if Fitler and his men are forced to face a live Game Three in a few weeks time they will be VERY disappointed.

The game is right there for the taking. Angus Crichton's inclusion means the Blues are only Jake Trbojevic away from being at full strength. Something that cannot be said for their opponents.

As mentioned they have the three premier players in the game right now at full fitness and absolutely flying form wise.

Anything less than a comfortable Blues victory, with the very real chance that Game Three won't gift them a home advantage, is not acceptable.

I'll never write off the Maroons, but I just can't see a way to victory for them here outside of an ambush.

Two early tries and a 70+ minute defensive effort, cheered on by a crowd likely to be almost all Queenslanders - I can certainly see that happening.

That said, the Maroons don't have an answer for Turbo.

Ridiculous calls to "take Turbo out" can be tried but with names such as Liam Martin and Tariq Sims in the NSW pack, is that something you REALLY want to try?

This game will be MUCH closer than Origin One and QLD will lead early.

From there though, it's hard to see how that NSW back seven is kept quiet enough to protect any form of lead.