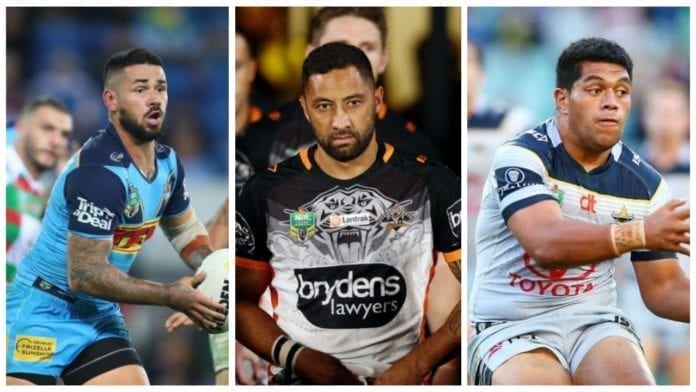 We all know that a big name signing, or a quickly emerging young star can completely change the outlook of a club's season.

We're now in mid-September and the number of players off-contract shrinks by the day.

That said, there are still some seriously talented players without a home for 2020 and beyond.

Below we take a look at those players and name our best option for each position. This will obviously be subjective and will depend on what teams are looking for.

Veterans may appeal to some teams, whilst younger stars or bargains appeal elsewhere. I've tried to even those out where possible.

We've used combined lists from the major media sources to compile the below. There's always the chance that a player has re-signed but it has not been announced.

Let us know in the comments who you believe are the best off-contract players.

This one will be controversial as Staines only action thus far in his brief NRL career have come on the wing. That said, I can see a club willing to take a punt on the youngster with a future promise of a fullback spot.

He shot to instant fame after scoring four tries on debut against a hapless Sharks outfit in front of his mates. He then backed it up in his second game by scoring a double against Manly in less than 30 minutes.

Having reportedly instructed his agent to search for a fullback deal, he may have priced himself out of the Panthers.

If he insists on playing fullback then the Dogs, Broncos and possibly even the Sharks present interesting options. If he's willing to play on the wing then there will be a long list of teams linked to his services.

Truthfully I haven't seen much of Staines outside of the footage sent to me prior to his debut, so I'm unsure of his talents in the one jersey. That said, he's done everything possible to put his name in lights during his short time in first grade.