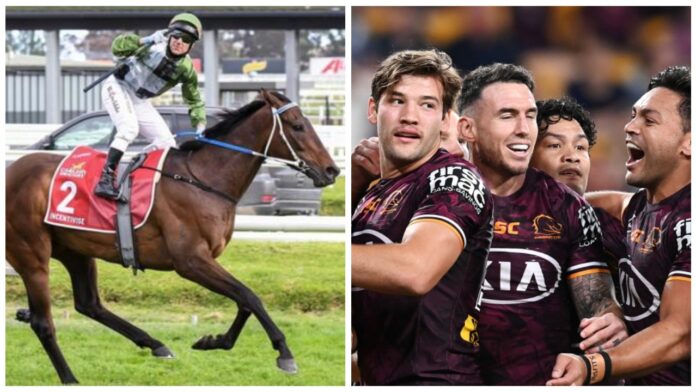 The race that stops the nation brings out the "once a year punters", with just about everyone wanting the thrill of backing a winner in one of the biggest races in the world.

But it's unfair to expect those punters who will tune out of the Spring Carnival at 3:04 pm on Cup Day to do lengthy form and study. That's where we come in.

We will give you a horse to back based on which NRL team you support.

The Broncos have given their fans very little to cheer about in recent season. So Broncos fans can be forgiven for wanting to be on a likely winner here. Queenslander Incentivise will jump a short-priced favourite on the first Tuesday of November and Brisbane fans have every reason to be on him.

The red and green brigade had a rough end to their season. Now they can turn their focus to an international raider who will be representing those colours on Tuesday.

Arguably the best horse out of New South Wales, Verry Elleegant will carry the hopes of Sydney in Australia's biggest race. Roosters fans love being on a winner and at her best, the Chris Waller trained mare is a genuine winner.

Jack Bird is a very explosive player and he will give Dragons fans a reason to be with his namesake in Flemington's showcase event.

6. The Chosen One- Wests Tigers

Luke Brooks has seemed like "The Chosen One" this off-season. Wests seem determined to hold onto their star man and why not enjoy the attention their star player is getting by being a little cheeky with it?

Ryan Papenhuyzen has filled the void left by Billy Slater in Melbourne terrifically well. However, it's just about impossible to believe he can ever replace Slater fully though. Melbourne fans will always have a soft spot for Billy the kid.

The maroon will catch the eye of Sea Eagles fans on Tuesday afternoon. Being a colour which isn't always very popular it seems fitting that those in the maroon and/or brown stick together.

Pretty obvious why this one is for Newcastle fans.

The black and green is one step in the right direction for Penrith fans. Another is the young and possible star power of Persan is a path Panther fans are familiar with. Just like Persan, Penrith fell short of their major target in 2020. Penrith rectified their shortcomings, Can Persan follow.

Who doesn't love a wine overlooking Surfer's Paradise? Probably fair to say there's been a few "masters of wine" walking Cavill Avenue over the years. And maybe a few who hadn't yet mastered the bottle yet.

The green army will take solace from the green sleeves of Grand Promenade. Green is a polarising colour you could say but those in the nation's capital have a fondness for it that could see them connect with the Maher & Eustace trained stayer.

The blue and white stripes are a lovely look and the two colours go very well together. Just ask Bulldogs fans.

Future Score and the Eels share one major similarity, their love of the yellow and blue. Eels fans would love to see those colours lifting another trophy.

Born out of two New Zealand runners, Tralee Rose can hold the hopes up for those across the ditch. It's a decent bet too!

What a part of the world North Queensland is. God's country perhaps. It's a stunning city and Cowboys fans should embrace their region and celebrate its greatness.