It was another newsworthy weekend for Rugby League. Upsets, golden point thrillers, send-offs and a monster suspension pending for the Dally M points leader.

Latrell Mitchell was named man of the match in the Bunnies' history-making win but all the talk post game was around two separate incidents that will see him miss three to four weeks.

Controversially, the Rabbitoh's No. 1 wasn't sin-binned for a late shot on an unprotected David Nofoaluma, the very same incident that will cost him a month of action.

A second incident, a hotly debated one, where he looked as though he lashed out with a foot, cost him a fine. The moment completely overshadowed the earlier line-break from his own in goal. 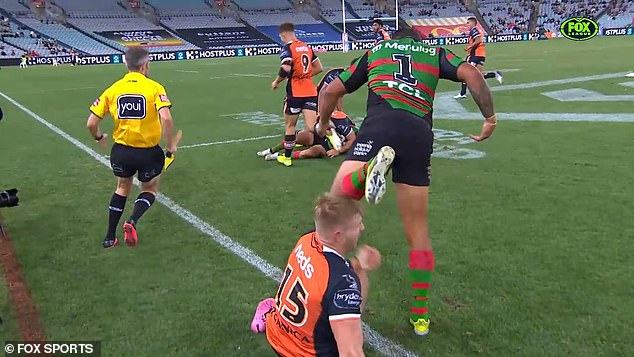 Did the Dally M leader ruin his chances at winning the award with two moments of ill-discipline? Does his reputation of lashing out when things don't go his way undo his brilliance?

Should he have been sin-binned? How does the suspension, in any way, benefit the Tigers?

Join Zero Tackle’s own Dan Nichols and Mortz over at Rugby League Outlaws as they go in depth about each incident, the suspension, whether or not he should have been sent to the sinbin and Latrell's overall temperament.