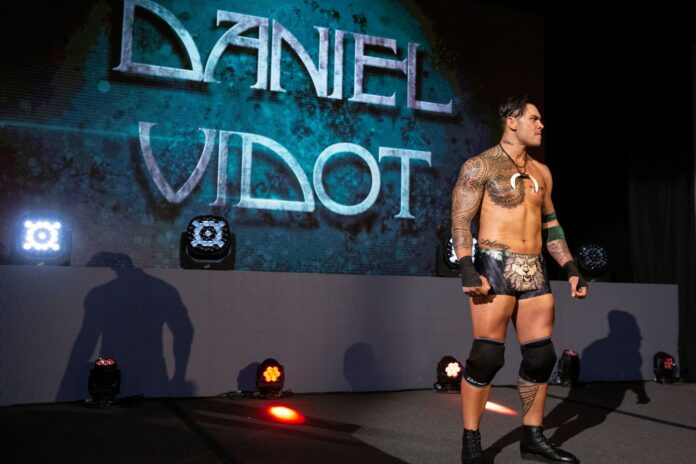 Daniel Vidot - now better known by his ring name Xyon Quinn - is ready to make his mark in the WWE.

The former NRL winger played over 100 first-grade games for the Raiders, Broncos, Dragons and Titans, as well as a stint in the Super League and international appearances for Samoa.

Vidot retired from rugby league at the end of 2018 to pursue a career in professional wrestling and in May 2018 signed a development contract with WWE, now performing on the NXT brand. 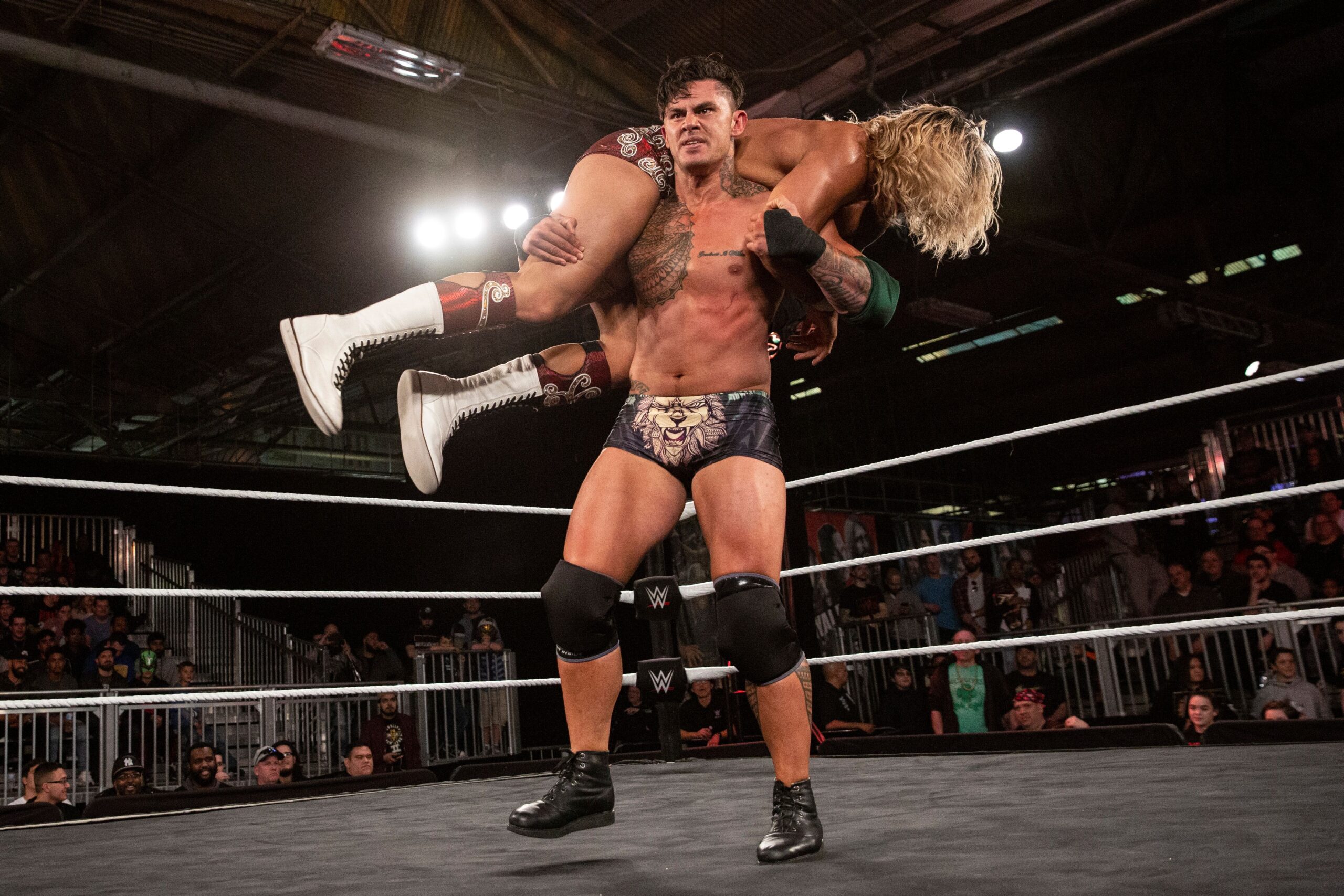 Speaking exclusively to Zero Tackle, Vidot said his transition from rugby league to professional wrestling has been "as smooth as I could hope for".

"It has been a massive eye opener for me in so many different ways, it just worked out perfectly for me," the Queenslander said from his new home in Orlando, Florida.

"I'm loving it mate, every single moment. Obviously, I miss my footy, I really do, but this new challenge has got me up again. I'm really excited with all these new opportunities.

"It's a totally different craft and I'm just at that stage now where everything is falling into place. There's a lot of things that I love about the WWE and being a performer, it is something that I'm really passionate about.

"Every single challenge that I've faced has made me grow more as a human and as a man. Being able to talk in front of a camera, perform week in, week out. There is still all the physical demands that come with it, but it's looking pretty good, I'm happy.

"Definitely missing home though, missing all my family and friends and whatnot, but I think I made the right choice." Around this time last year Vidot made his on-screen WWE debut on one of the company's flagship programs, SmackDown.

He wrestled hulking Irish veteran Sheamus in an empty arena due to the COVID-19 pandemic, but with a television audience of over 2 million people on America's Fox Network.

Vidot went down to the four-time World Champion on the night, but according to WWE sources made a great impression.

Reflecting on that experience 12 months on, the 31-year old is grateful he got his first taste of the big stage so early in his pro wrestling career.

"Fortunately for me it was the right moment for me, right time. I was obviously debuted a lot earlier than a lot of other WWE superstars, obviously with the pandemic going on," Vidot said.

"But I did my job, went out there and did what I had to do. Got paid, happy, money's looking good," he joked.

"I can't complain mate. Especially in this pandemic we went through, we went through that phase and we were still able to keep it going with no crowds and stuff like that. Obviously we had to follow all the protocols but we got there in the end and I loved it.

"To be honest I can't wait to get back out there. The tour with SmackDown I had in Sydney and Brisbane was just an awesome feeling. I've got itchy feet mate, it's pretty cool like that.

"As a whole I definitely feel a lot more comfortable now, with what I'm doing and just learning the ins and outs and building on my craft every single day and that's all I can do over here. But always trying to chuck on the footy as well whenever I can." 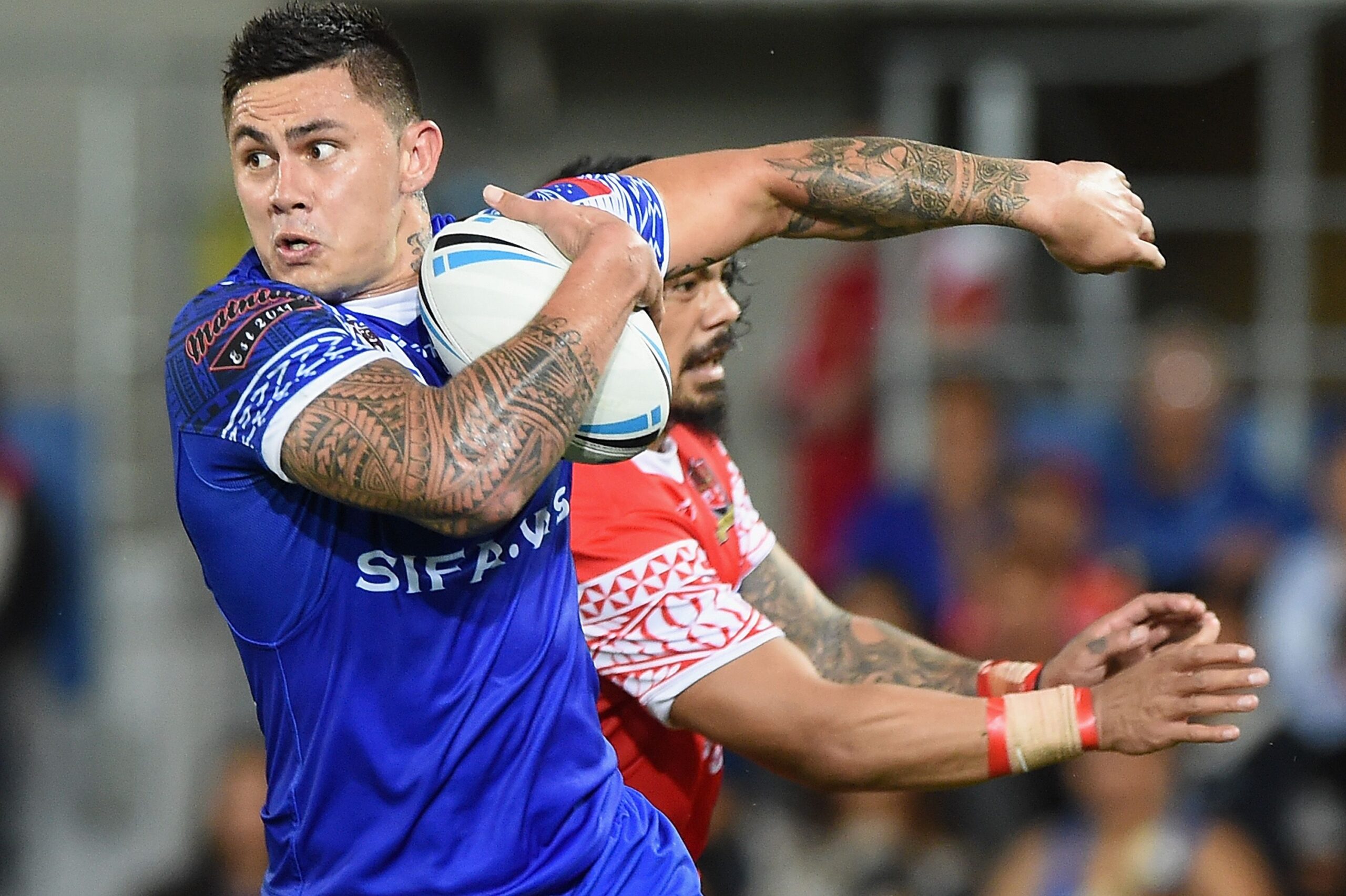 Asked how much he keeps up to date with the NRL, Vidot said it is easier to catch highlights, no surprise given most matches would be played in the very early hours of the morning in Orlando.

However, now in the best physical condition he's ever been, Vidot admits watching footy tempts him to get back on the field.

"There is times when I'm like, 'oh man, I wonder if I could go back now, I'm in the best shape of my life'. They would definitely have to put me in the forwards though, I'm 120kg as the moment," he said.

"But I'm in the best shape of my life, I'm happy, everything is going well. I just can't wait to get out there on the screens and show Australia what I've been doing." 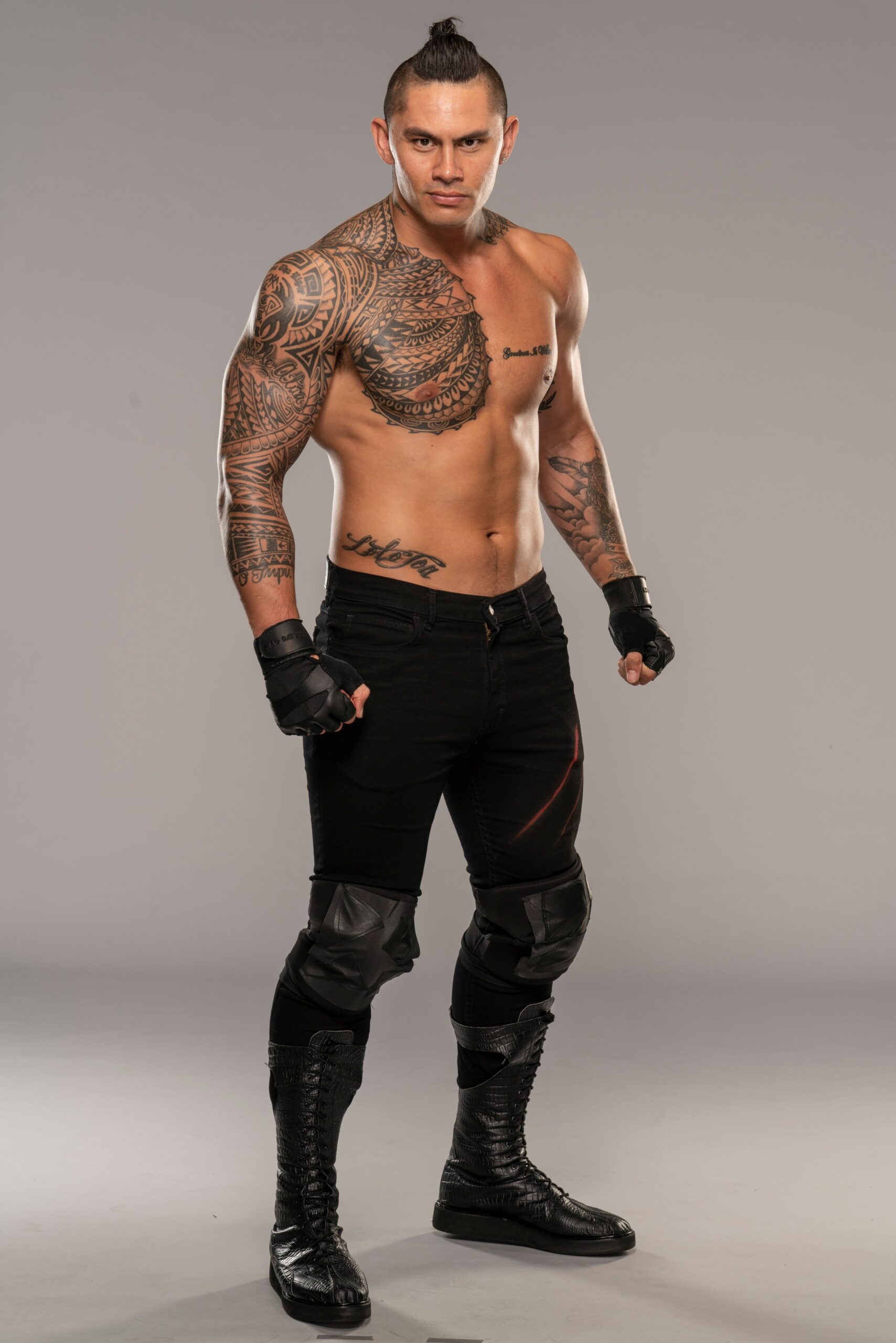 As for his long-term goals, Vidot dreams of reaching the top of the mountain and winning the WWE championship.

Now feeling more comfortable and settled in the U.S than he ever has in his two years up there, Vidot is ready to climb the WWE ranks.

"My long-term goals are to become the WWE champion one day, I definitely want to hold that up," he said.

"That's honestly it to be honest mate, it's just to be happy up here. Being here for a couple of years now I've kind of got used to my surroundings. I was missing home a lot when I first moved here, but things have definitely settled down a lot, which is awesome.

"But I don't know what will come from it. I've always loved acting, so movies is always something that's been in the back of my mind. Especially growing up going to a performing arts school, St Thomas More College, that's something I have always loved.

"Hopefully I can get back to that one day and to be honest I kind of am right now." 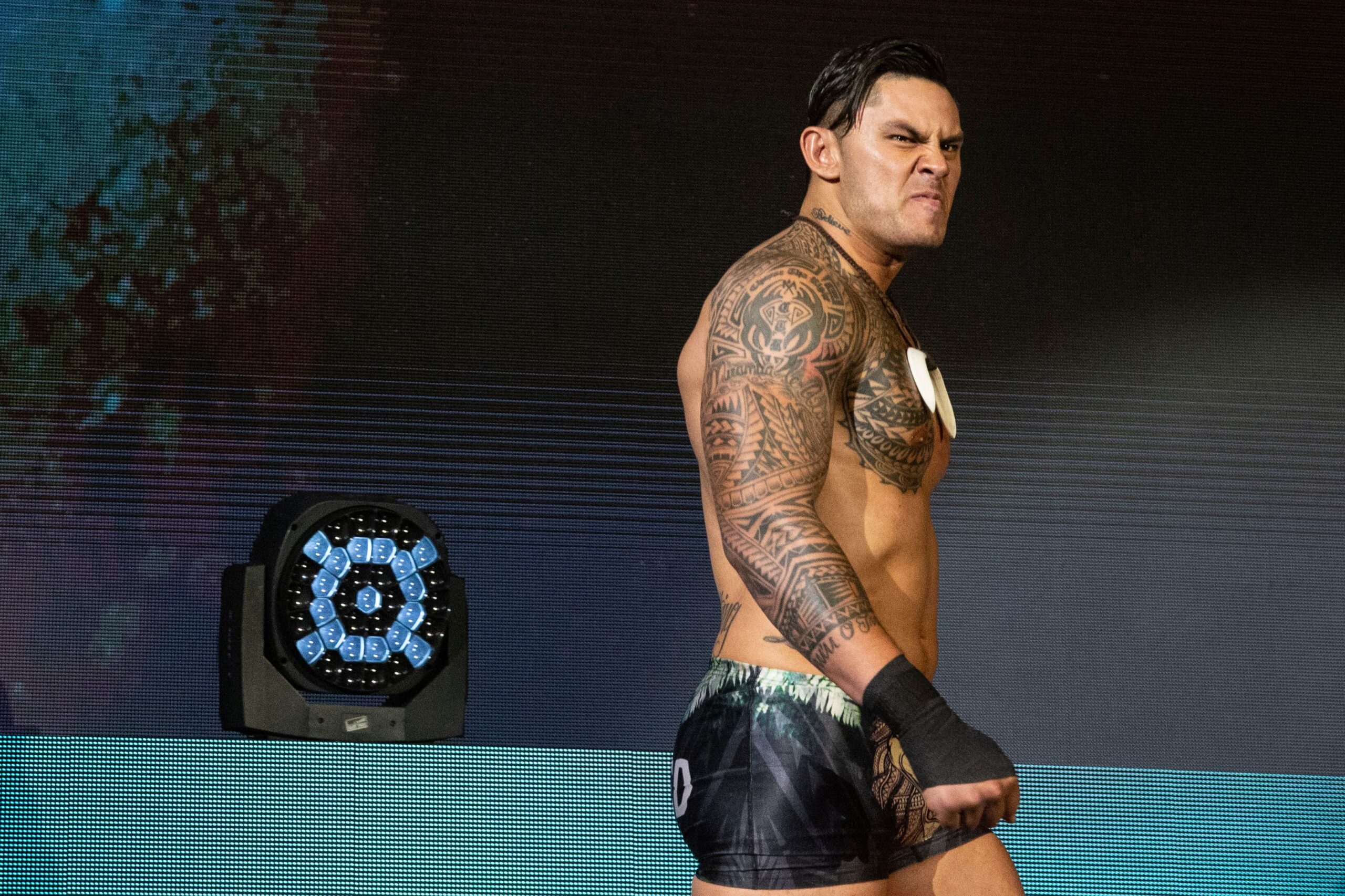 Ripley is facing off with Asuka for the WWE Raw Women's Championship in night two of the blockbuster pay-per-view.

The 24-year old South Australian has won titles in NXT but is gunning for her first women's World Championship on the Raw brand. And Vidot is backing her in to get the job done on the big stage.

"Definitely mate," Vidot said when asked if Ripley can beat Asuka for the title.

"She's killing it, I'm so proud of her. She's worked her butt off day in, day out. Just such a nice person, such a nice girl, real talent. Looking forward to that one, that's definitely the one that I really want to see.

"She's got the charisma, she's got everything, she's an athlete, she really is. Just being friends with her, being close to Rhea, you just see someone who has that work ethic and is willing to do all the hard yards.

"I'm looking forward to seeing what comes out on WrestleMania night."

Watch WrestleMania here on the WWE network this Sunday 11th and Monday 12th of April, kicking off at 10am AEST on both days.

Knights
ROUND 11 STATS
46
Tackles Made
74
All Run Metres