Justin Holbrook's time at the Gold Coast Titans is looking shakier by the week, and now a big off-field decision at the club has thrown more doubt on his future.

It's understood high performance manager Klint Hoare has parted ways with the club as the Titans' management begin a general overhaul of the football department.

All up, Holbrook has won just 21 of 60 games in charge of the club, and the Titans sit in last place on the table this season.

After making the finals in 2021 and having plenty of promise surrounding the club heading into the new campaign on the back of a new-look spine, the Titans have won just 3 of 15 games, sitting with a for and against of negative 146.

The shambolic record is made worse by the fact they won two of their first four, meaning they have won just a single game in their last 11 starts.

That sole victory came during magic round against the St George Illawarra Dragons.

“He is the second club employee to be released from the coaching staff in the past week and the concern is from Justin Holbrook’s point of view is, he is sitting there now going hang on, are they slowly disarming me, much like what happened to Michael Maguire when they started changing everybody around him.

“Then finally the head fell at the end.”

Holbrook's name has been coming under more and more pressure in recent times, with three head coaches already sacked this season.

All of the Wests Tigers, Canterbury Bulldogs and New Zealand Warriors will be heading in a new direction during 2023. 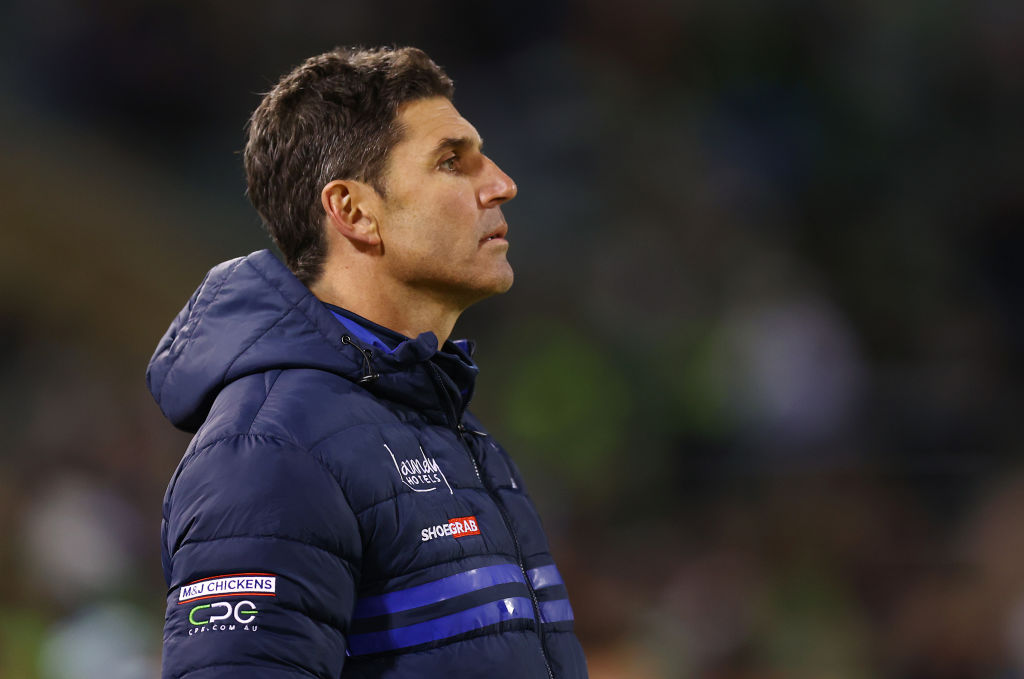 It's believed clubs like the Titans and Knights are watching on closely, with a perceived lack of high-quality coaching talent able to take over, and struggling outfits desperate not to miss the boat.

The Canberra Raiders and St George Illawarra Dragons' coaches Ricky Stuart and Anthony Griffin were also believed to be under pressure in recent times.

Pressure has eased on both with better on-field performances, while Dragons' CEO Ryan Webb recently told The Red V Podcast that a three-year deal was all part of the plan for Griffin to improve the joint venture.

Back at the Titans, Holbrook recently spoke out over his confidence of keeping his job, stating he wasn't worried by any speculation surrounding his coaching future.

"I'm not (worried about my own job), I'm disappointed about how we are going," he said.

"I feel horrible; we're letting a lot of people down.

"There's been a few other coaches who have unfortunately been moved on but I feel very privileged and lucky that we have had a conversation around where we've gone.

"Since I came in, we went from last to ninth and then ninth to eighth and you naturally just want to get better. I feel secure in what I'm doing."

The Titans will have their next chance to turn things around when they take on the Newcastle Knights in Newcastle on Friday, July 1 after the NRL's representative round.