Both Des Hasler and Jason Demetriou have spoken out on the decision to send Karl Lawton off for a dangerous spear tackle on South Sydney Rabbitohs lock Cameron Murray during Friday night's clash in Gosford.

While Demetriou agreed with the send off, Hasler said he thought the decision could be disputed, but also didn't outright claim the referee and bunker officials had got the decision wrong.

The call to send Lawton from the field in just the eighth minute of the clash left Manly with 12 players for 72 minutes of play, with the Rabbitohs eventually running away to a 40 points to 22 win, having trailed twice during the game against a gallant Manly outfit.

The loss means Manly have now lost two games in a row, having fallen to the Cronulla Sharks last week, while the slow-starting Rabbitohs have won three of their last four to recover a position inside the top eight, with both teams winning four from their first eight games.

Hasler said the tackle wasn't a good look at his post-match press conference.

"He is such a hard worker, he plays the game at pace and he has such a nice temperament, so there was certainly no malice in the tackle, but at the same time, there will be some consequences to face on the tackle.

"Would you send him or would you sin bin him? Yeah, I thought maybe a decision could have been disputed there, but either way, he wasn't going to stay on the field, so we will leave the judiciary to judge that one now."

Daly Cherry-Evans, while disappointed, said he backed what the officials were doing and was right for the protection of players.

"In the moment, you're gutted that you're losing a player for the whole game, but we have the officials making those tough decisions for a reason and they are trying to protect the players, and we just have to back they are doing the right things," Cherry-Evans said.

The tackle, which saw mixed reactions on social media, and in the commentary box of the two host broadcasters, luckily didn't injure Murray, who as able to continue playing the game after he rolled in the tackle.

Demetriou said that the way Murray had landed played a big part in his star not getting injured.

"I think so, yeah," Demetriou said when asked if he thought the decision was correct.

"I don't think it was deliberate, it was one of those things that happened. But it's a really dangerous tackle and Cam (Cameron Murray) is really lucky he rolled. If he had of tried to straighten he would have been in a lot of trouble.

"If it was one of my players I would have seen it as fair probably." 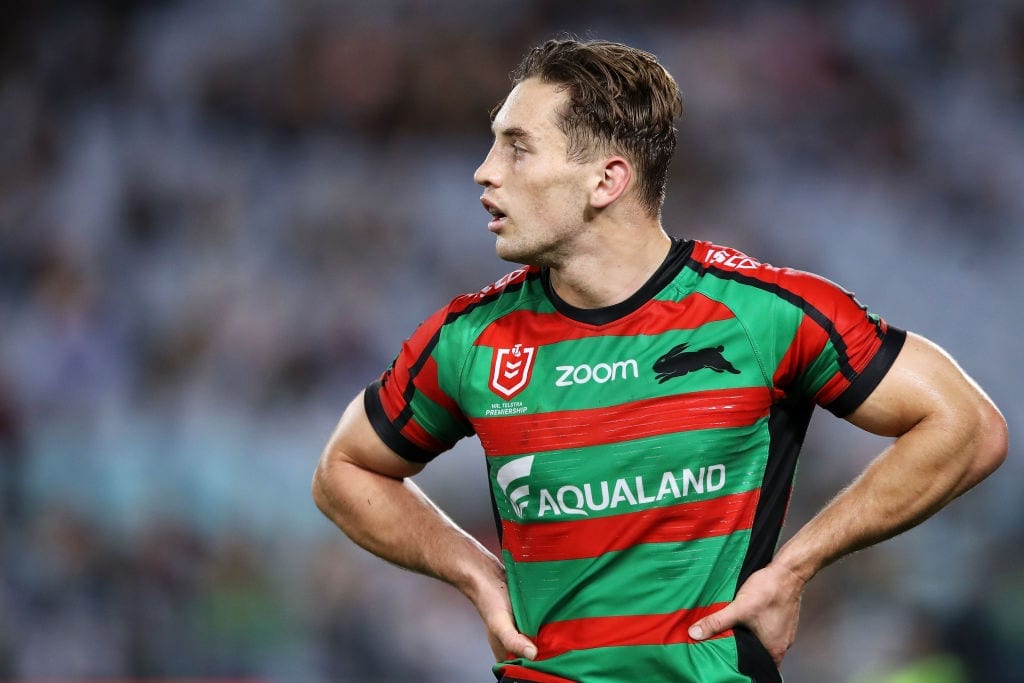 Murray himself said he was lucky that he wasn't "too banged up" with the New South Wales State of Origin representative now, alongside the rest of his team, getting set for their second six-day turnaround in a row before facing the Brisbane Broncos next Thursday evening.

"Like coach said, I don't think it was deliberate and looked worse than it was, but lucky that I came off not too banged up, so it was all good," Murray said.

"I don't really remember (how I tried to land), but I was just lucky I wasn't hurt."