Penrith Panthers CEO Matt Cameron has spoken out against the Dolphins' raids on the club's junior talent, while also explaining why a recruit headed for Redcliffe isn't currently playing.

Isaiya Katoa's signature by the Dolphins earlier this year was met by a tirade from the club, who were incensed that the expansion club would raid their backyard.

Katoa is rated as one of the game's best young talents, but has taken an opportunity to move to the Dolphins where he will be in Wayne Bennett's top 30 from November 1.

That move has been followed by the Dolphins snaring the signature of Mason Teague on Monday.

Teague was Penrith's SG Ball Cup captain this year, with the under-19s outfit winning the competition in another sign the club's development of junior talent is a long way ahead of most other clubs in the competition, if the idea that most of their premiership-winning first grade side being junior talent didn't already do it.

Speaking to The Sydney Morning Herald, Cameron said that while the club had no problem with Sean O'Sullivan and Robert Jennings moving north, they did take issue with the raid on junior talent, also highlighting two more names that had seemingly agreed to shift north. 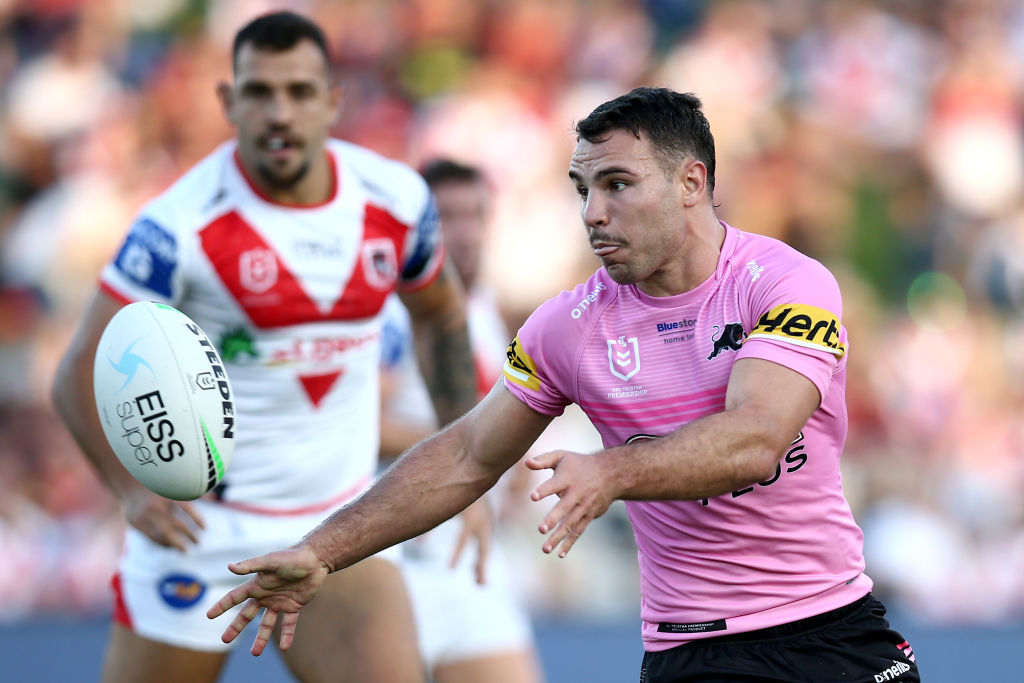 “Part of their submission would have been based around their capacity to develop juniors in their own area, so why do they feel the need to come and take our kids?

“This is also artificially inflating the market when it comes to signing other young players in our juniors.”

The Panthers aren't about to make it easy on the Dolphins though, with Katoa not being sighted in a club jumper since the end of the SG Ball campaign.

It has been revealed he is currently playing rugby union at school level for Barker College however, suggesting he doesn't have the time to play for Penrith.

“We knew this year would be a busy year for Isaiya,” Cameron said.

“He has commitments playing rugby for Barker at the weekend. We knew he’d get picked in the CIS [Combined Independent Schools] team to go to Redcliffe this week, and we assumed he’d be in the NSW and Australian rugby schoolboys teams.

“We also thought he was a chance of being selected in the train-on squad for Tonga, which he was. We thought it would be good for him to continue playing SG Ball after accepting the offer. At that point, to be brutally honest, the amount of stuff he had on his plate after the SG Ball grand final would have precluded him from playing in any scenario. We wouldn’t have overloaded him.”

It didn't stop Cameron from suggesting that his priority was "future-proofing" the Panthers though.

“Isaiya has done nothing wrong here. Unfortunately, this is just the competitive nature of the NRL,” Cameron told the Herald.

“The club made an offer to him earlier in the year, which he declined and then accepted the offer at Redcliffe. We’re disappointed he’s leaving but as a club we have an obligation to develop the next one and the one behind him. He plays in a pivotal position, and it’s in the club’s best interest to make sure we continue to develop the halves that are committed to Panthers.

“I said that to his manager at the time. My job is to future-proof the Penrith Panthers. Continuing to play him in front of others with longer-term contracts doesn’t do our club any favours in the long term. It’s why Jack Cole and Niwhai Puru are playing in those positions moving forward.”

Jack Cole is one such player who will be a big part of Penrith's future if salary cap pressures ultimately bite and end up splitting current halves combination Nathan Cleary and Jarome Luai.

Tipped for big things, the young gun was included in the under-19 NSW Blues squad for the recent junior Origin fixture against the Queensland under-19 side.