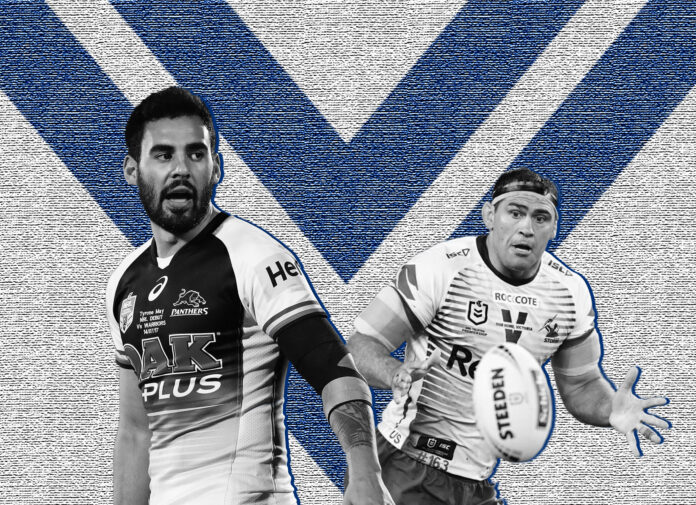 The Bulldogs brought in a plethora of talent prior to the 2021 season's kick-off.

Unfortunately the Dogs remain in 16th place after 10 rounds, although they do have a trio of enticing recruits coming next year in Matt Burton, Brent Naden and Josh Addo-Carr.

That said, they have 15 players off-contract and I'd expect more than a few will be tapped on the shoulder, meaning the Dogs have plenty of spots to work with.

Below are the five players I believe the Bulldogs should target for 2021.

For this we have gone with a reality based list. i.e. they won't bring Cam Smith out of retirement.

Brandon Smith should be their number one target however isn't off-contract so isn't considered.

The Dogs have been linked to the Sharks cult hero but the money being mentioned is simply out of this world. That said, at a good price, Rudolf is the bench impact forward the Dogs need.

With all due respect to their current forwards, they've only been on top of one pack all season, the Sharks, and that was only for 40 minutes.

Rudolf is his most impactful when used off the bench. The Sharks don't realise this but surely the Dogs won't make the same mistake if they pen the popular Rudolf.

He has the aggression and passion the Dogs team currently lacks, yet requires ever so much. He has plenty of years left and is probably approaching his peak.

Josh Addo-Carr vs Xavier Coates: Who will have a better first...