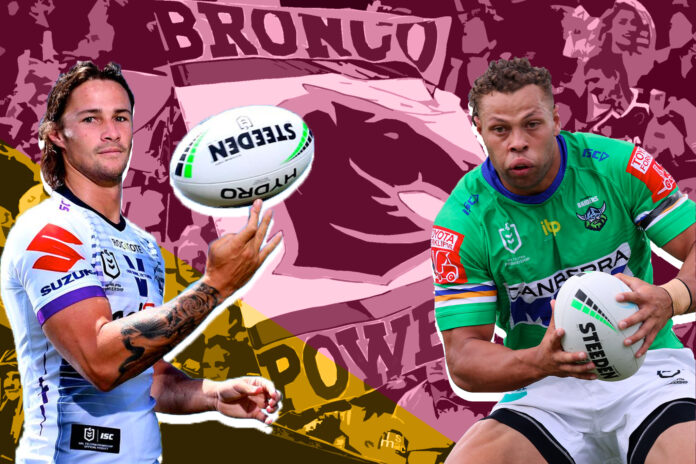 The Broncos have enjoyed an improved start to the 2021 season, but with all due respect to Kevin Walters men, they’re still far from the finished product.

With major names off contract and plenty of money to spend, the Broncos are set to be a key figure in the player market.

Below are five players I believe the Broncos should target for 2022.

As with previous lists, I’m only mentioning players I can see moving. For the record I don’t see Angus Crichton leaving the Roosters so he has not been included.

The Broncos have some pretty handy forwards in Pangai Jr, Carrigan and Haas. All three are young, super talented and have Origin experience, but they lack an experienced pack leader.

If the Origin bench forward isn’t snapped up by the Storm I would absolutely be all over this if I’m the Broncos.

They probably don’t need another lock forward but Finucane is the kind of player they’re screaming out for and you move players around to fit him in as a result.

Can you imagine Haas, Lodge, TPJ and Finucane rolling at you every set? Yikes.