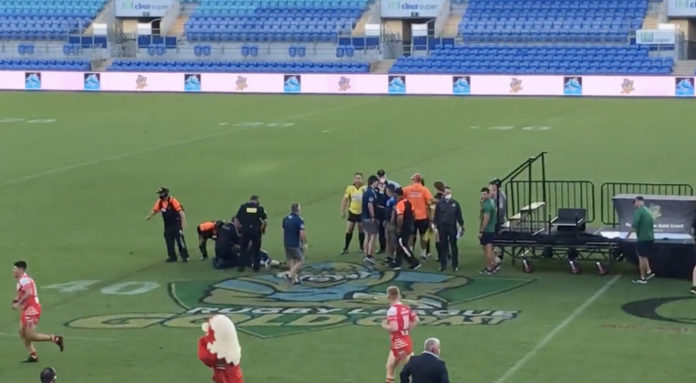 Ugly scenes have marred a rugby league reserves final on the Gold Coast after a fan allegedly punched a match official following the conclusion of the game.

The match, which was held at Cbus Super Stadium on Saturday, saw the Currumbin Eagles narrowly defeat the Tugun Seahawks by two points to claim successive Grand Final victories.

Shortly after the final siren of the match, a fan wearing a Seahawks shirt made his way onto the field and collided with a referee, with Police quickly running to the scene and restraining the man.

According to The Courier Mail, the man threw a punch at the match official and has since been charged with common assault.

“It was a great game of rugby league spoiled right at the end,” Dalet told News Corp.

“I believe it was one of the supporters in the stands.

The man in question will appear in Southport Magistrates Court in November.