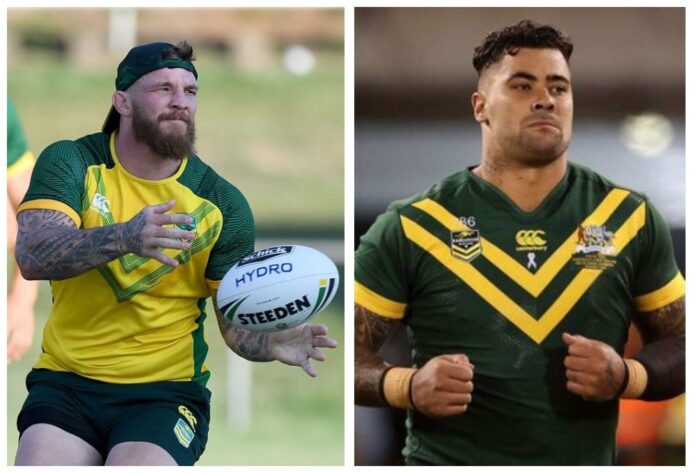 The St George Illawarra Dragons are circling two out of favour Test forwards and according to Paul Crawley writing for The Australian, they have the space to sign both, as long as they come at the right price.

The Dragons were linked to Cowboys firebrand Josh McGuire before the start of the season with head coach Anthony Griffin revealing he had been eyeing off McGuire to “strengthen the middle of the park”.

NRL guru Phil Gould thought the move a “likely scenario” at the time because the pair know each other well and are both from Rockhampton.

With the latest news that the Cowboys don’t see a future for McGuire at the club, the switch is back on the cards.

It’s also reported that the Cowboys could be interested in a player swap of halfback Adam Clune for McGuire, with both players having a year to run on their contracts.

But McGuire might not be the only forward moving to the Dragons mid-season, with interest for highly paid Sharks forward Andrew Fifita still very much in the works.

SEE ALSO: Cowboys left with no choice but to deep dive into player market

Fifita is on a monster contract of $800,000 per season that doesn’t expire until the end of next season, so likely the Sharks would have to pay some of the freight to move Fifita on.

Considering the Sharks have been paying the massive wage while Fifita languishes in reserve grade, that option could be quite appealing to the club.