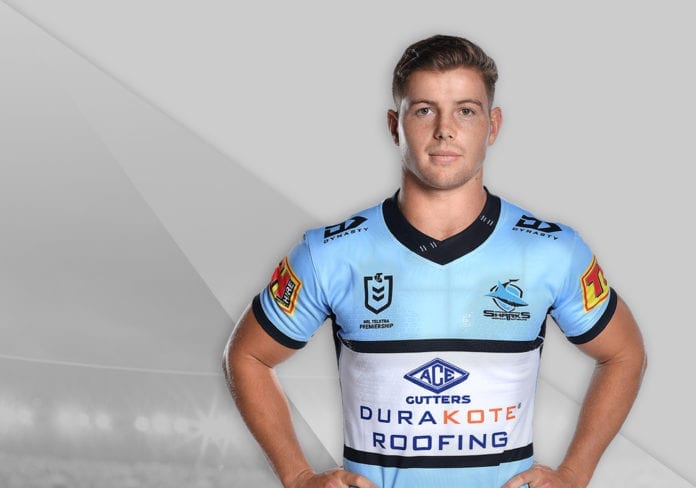 Over the next few weeks, we’ll be checking in on the players to see what they’re up to, and who they’d hate to be stuck with through all this.

In today’s edition, we spoke to young Cronulla rake Blayke Brailey about playing with his brother, rising through the ranks, and who’s going crazy in isolation. Let’s get into it!

ZT: He’s departed the club now, but what was it like getting to train and play with your brother Jayden?

BB: It was a dream come true. We always both had the goal to play in the NRL, but to be able to live out our childhood dreams together was a very proud moment for myself and my family. It was special to debut but to be able to debut and play with my brother was a day I’ll never forget.

ZT: How is Jayden doing after his injury? You two were scheduled to face off in Round 3 before the season was suspended.

BB: His injury was sad news, he was playing so good and his injury was really sad not only for him but the whole family. But it probably came at the best time with all games being suspended for a while which will give him a lot of time for his recovery.

ZT: You played 15 games in first-grade last year, coming off the bench in 14 of them, how did that prepare you for a starting role this season?

BB: I didn’t really do anything different when I started for the first time. I’m a relaxed and laid back person, so I didn’t think much about it too much. I wasn’t nervous either, I was confident I was ready and I was actually more excited than nervous.

ZT: You got to come through Cronulla’s lower grades with players like Bronson Xerri, Jesse Ramien, Briton Nikora, Sione Katoa and Will Kennedy, how does having those blokes in the NRL side help ease your transition into first-grade?

BB: The club has developed a lot of great young players, playing with those types of players is great because we have played so many games together coming through the lower grades. We know each others strengths and what we bring to each game. I actually grew up playing with Bronson Xerri and Kyle Flanagan since Under 6’s, so to see them come through and play NRL with them is another proud moment for myself.

ZT: Speaking of the lower grades, you won both the NSW Cup and the Intrust State Championship titles last year via Billy Magoulias chip kicks, what was it like being on the field for both of those plays?

BB: Those games were crazy! I knew we had a great team and to win both those matches for Newtown was very special. But those two kicks were something different, the first kick he did was incredible and for him to be able to do it again just shows how skilful he is.

BB: At the moment I’m just doing gym and training at home, I don’t want to lose too much muscle and strength having to be in isolation at home but I also enjoy drawing and painting at home. I have a bit of an artistic side and when I’m stuck at home I often draw to help the time pass by.

BB: Oh everyone is good at Cronulla, but maybe one of the middle forwards in the team because they’d eat all my food.

BB: My go to feed is steak or pasta, Bolognese or bosciola. I can cook but my mum is great at cooking, so I let her do it most of the time.

BB: Yeah I’m keeping fit. I’m lucky enough to have basic gym equipment at home so I’m training everyday and I’ve been doing a few other exercises to keep fit such as surfing and swimming.

BB: I think Andrew Fifita would be going mad stuck at home! Most of the boys in the team love PlayStation  so they will be playing up to 10 hours a day!

ZT: Thanks for the chat Blayke! Stay tuned for the next instalment of Blythy’s Lockout Lowdown, and drop a comment below to let me know who I should talk to next, and what you want to know!