Reports suggest both Jake Trbojevic and Josh Addo-Carr are on the verge of a State of Origin recall for the NSW Blues, while all of Tariq Sims, Ryan Matterson and Reagan Campbell-Gillard could be axed from the side.

Brad Fittler will name his side for a must-win Game 2 on Sunday evening following the completion of Round 15 in the NRL, with the New South Wales side needing to turn things around after a poor display in Game 1, losing in Sydney.

It means that they will have to win a decider in Brisbane as the best-case scenario, however, that'll only come with a win in Perth.

NSW Advisor Greg Alexander hinted at "tweaks" to the side after Game 1, and that is a theme which certainly appears as if it's about to be played out.

The Daily Telegraph are reporting that both Josh Addo-Carr and Jake Trbojevic will be returned to the side after being chopped for Game 1.

It's likely that Addo-Carr's return means Daniel Tupou will be dropped. Despite making over 200 metres in the series opener, the Sydney Roosters' flier struggled to have any great impact on the game.

He has been picked for Tonga on the same weekend, and while he has reportedly told Fittler he wants to play for the Blues, it's appearing unlikely that he will remain in the 17. 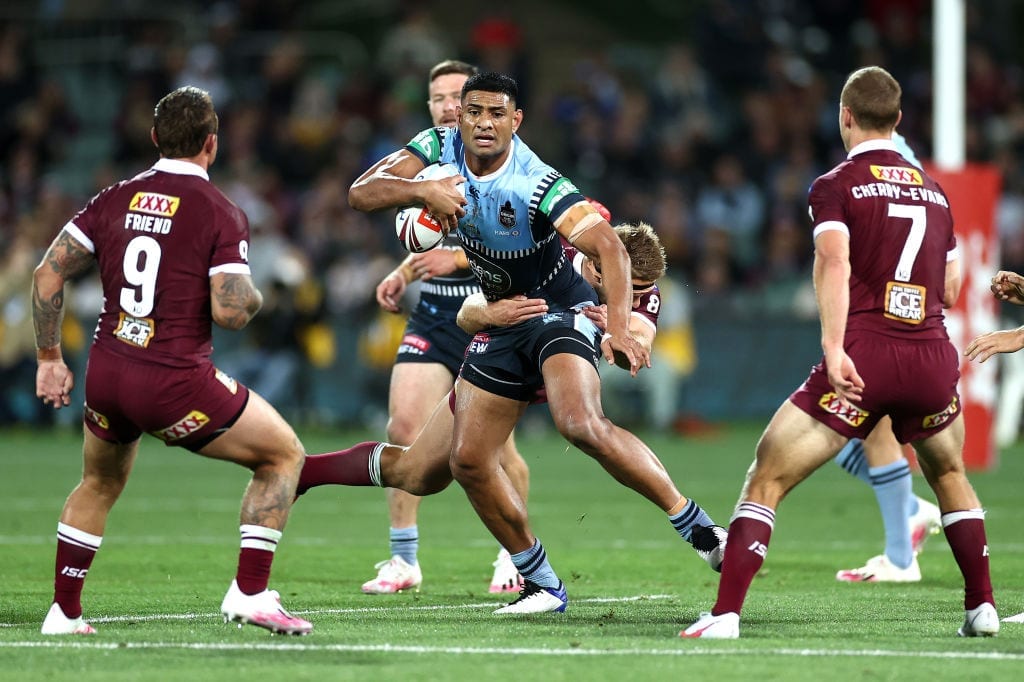 Meanwhile, Jake Trbojevic, a controversial dropping for Game 1, is also likely to be recalled as the Blues search for players who will be able to turn the tide.

While the Manly lock has struggled for form with the football in hand at club level this year, he is coming off his best game of the year last weekend against the Wests Tigers, and defends as if his life depends on it, having one of the NRL's best defensive efficiency rates.

It's understood he could come into the side for Tariq Sims, but play from the bench, with Cameron Murray moving into the starting side after being a late demotion to the bench for Game 1 on the back of his shoulder surgery which had seen him play just a single game in the month leading up to the contest.

It's unclear which other changes the Blues will make, however, Haumole Olakau'atu, who has also been picked for Tonga, is heavily favoured to claim a spot on the bench at the expense of either Matterson or Campbell-Gillard. His allegiance - whether he will play for the Blues or Tonga - is unclear at this stage.

Latrell Mitchell and Ryan Papenhuyzen are also in the picture, but would be a huge risk given neither will have played a game in quite some time before Origin 2.