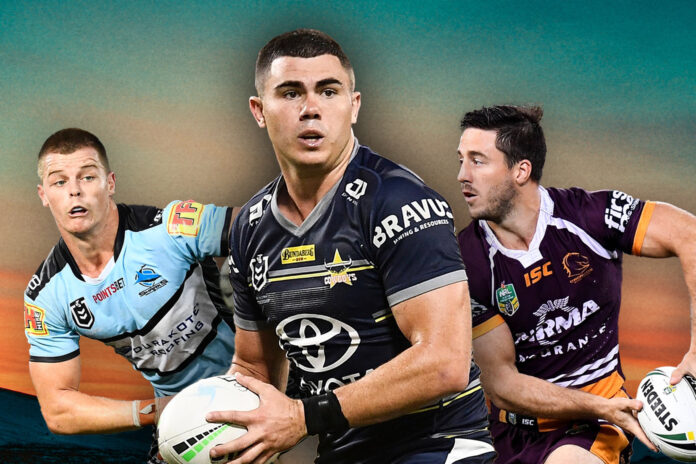 There are few more official ways to declare someone 'the next big thing' than for the league to rate them the best junior player of the year - and between 2008 and 2017, that's what the NRL did annually.

The Dally M Under-20s Player of the Year award is not to be confused with the Rookie of the Year gong. While the rookie of the year goes to the youngster who has best adapted to the demands of the NRL, the under-20s award went to the most talented (but untested) youngsters still in the development pool.

It's a great way to hype someone up, but it also heaps expectation upon a young man's shoulders - and each winner has dealt with it in different ways. Though most are still playing and some are gone from the game not one of the most talented juniors in the land has become a premiership winner - though some have come closer than others.


You would expect the most experienced winner of the award to have played the most NRL games, and you’d be correct – but the inaugural winner was also the youngest, with Hunt just 18 years and five months old when he claimed the top gong.

Hunt has played 286 career games and represented both his state and his country. Just this year he scored the series-sealing try in Origin and has been a lead contender for the Dally M – but it’s been 14 years since he won the NYC award. He’s one of just two award winners to appear in a grand final – but it didn't end well. We all remember just what happened in the final stages of 2015’s most important game.

It could be argued that this year has seen Hunt finally shake off the shackles of expectation – but he’s nearly made 300 NRL appearances.

Of all the winners, Hunt has clearly had the most successful career. You might think time has something to do with how successful these youngsters can ultimately become, but that’s not always the case.

BRISBANE, AUSTRALIA - JUNE 27: Ben Hunt of the Maroons offloads the ball during game two of the 2021 State of Origin series between the Queensland Maroons and the New South Wales Blues at Suncorp Stadium on June 27, 2021 in Brisbane, Australia. (Photo by Bradley Kanaris/Getty Images)
BackNext