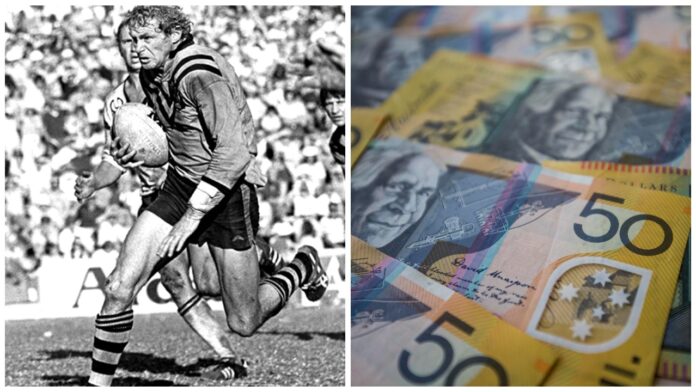 Despite recent revelations that the NRL is set to be purged of tens of millions of dollars by the end of the 2021 season, there has never been more of a prime period for players to fill their pockets.

With the ability to ink contracts allowing them to ply their services for clubs of their choosing - and to sport the wares of global corporations for further financial gain - contemporary players are often spoilt for choice when it comes to the route in which bread ends up on their table.

This is by no means a chide at those that physically withstand a collective level of gravitational force akin to a series of semi-trailer accidents on a yearly basis, but as these footballers put their feet up on their Italian leather footstools, back their glimmering fiberglass hulls attached to expensive automobiles into bodies of water or add to their already burgeoning property portfolios, they should be uttering words of thanks to a former forward that fought forlornly for the right to increase their wealth.

Just over 12-months after his decision to trade his elytra for Ono, John Lennon walked back into the legendary Abbey Road studios to record the minimalistic folk classic ‘Working Class Hero'.

Although the bespectacled former Beatle’s lyrics were penned to highlight the divisions in class, and his own perceived hypocrisies within western democracy, some of the lines that the Liverpool lad laid down in 1971 sound solely inspired by an embattled Balmain lock. At the same time that Lennon had emerged from his four-man chrysalis to embark on a chequered solo career, Dennis Tutty was preparing for a high-court ruling. Even though his personal life and health had eroded to the point of near hospitalization, the then 25-year-old was still prepared to run straight.

Renowned for both his mobility as a lock, as well as his decision to forgo payment during the fledgling years of his career so he could continue to row competitively, the one-time Kangaroo has a history of operating out of step with conformity.

Irrespective of the fact that he now grooms a barnet of silver rather than sandy blonde hair and his frame is no longer at a first-grade standard, Tutty is still a giant of the 80-minute game.

Should you scan the son of a mechanic’s first-grade record, you will find that Dennis Tutty laced the boots on 160-occasions between 1964 and 1976. You will also see that the Leichhardt Wanderers junior crossed the stripe 18-times. Keen eyes will continue to show you that he also wore the jersey of three clubs – a reality that appeared impossible by the time that Lennon’s record was first hitting needles across the globe.

Having traded Ibrox Boys High School for Leichhardt Oval before he was legally able to order a schooner, Tutty may have crossed the intangible division between boy and man in an occupational sense, but the same could not be said for the adolescent’s bank balance.

As mentioned, Tutty's decision to enter first-grade fields across Sydney as an amateur for the first half-decade of his career was made in an effort to continue sculling alongside his Olympian brother, Ian, at Haberfield Rowing Club.

Although the deal that was initially struck with Balmain served both parties well when first agreed upon in 1964, by the time the fixture list was produced four-years later, Tutty had grown tired with the sum total of his pocket consisting only of lint. In what would later be seen as the first pawn shifted in the game's move towards professionalism, in March of 1968, the local junior alerted his club that he would be seeking a clearance.

While plea of this type would barely rate a mention in today's manic media landscape, in the late 1960's, the owner of the whip hand in negotiations called the boardroom, and not the playing field, home.

Speaking in 2018, a time-wearied Tutty revealed that the Tigers had sunk their claws into him and that arbitration between athlete and brass was about as existent as a front-rower with a spotless dental record.

When the strapping lock mustered the gumption to challenge Balmain's then-president, Kevin Humphreys - a man who would later depart Rugby League circles as a villain - his request was met with a high fend-off.

"He [Humphreys] poked his finger into my chest and he said, 'if you don't play for us under what we tell you, then you don't play the game at all,'" Tutty told NRL.com.

Disregarding the fact that his contract had expired at the cessation of the previous season, Tutty was told by Humphreys that Lilyfield would remain his home whether he liked it or not.

With his mind, heart, and wallet set on proper remuneration, the then 22-year-old became the poster boy of union folk in the New South Welsh capital when he informed Balmain that he would not lace a boot or play another set until his request for a release was met.

Whilst his plan was both brave and revolutionary, it wasn't long before other bruised bodies joined the lock's crusade. Tired of slapping clinker bricks together to earn a wage, Tutty's teammate and future immortal Arthur Beetson was just one of a handful of names to trade scrums for the sideline. 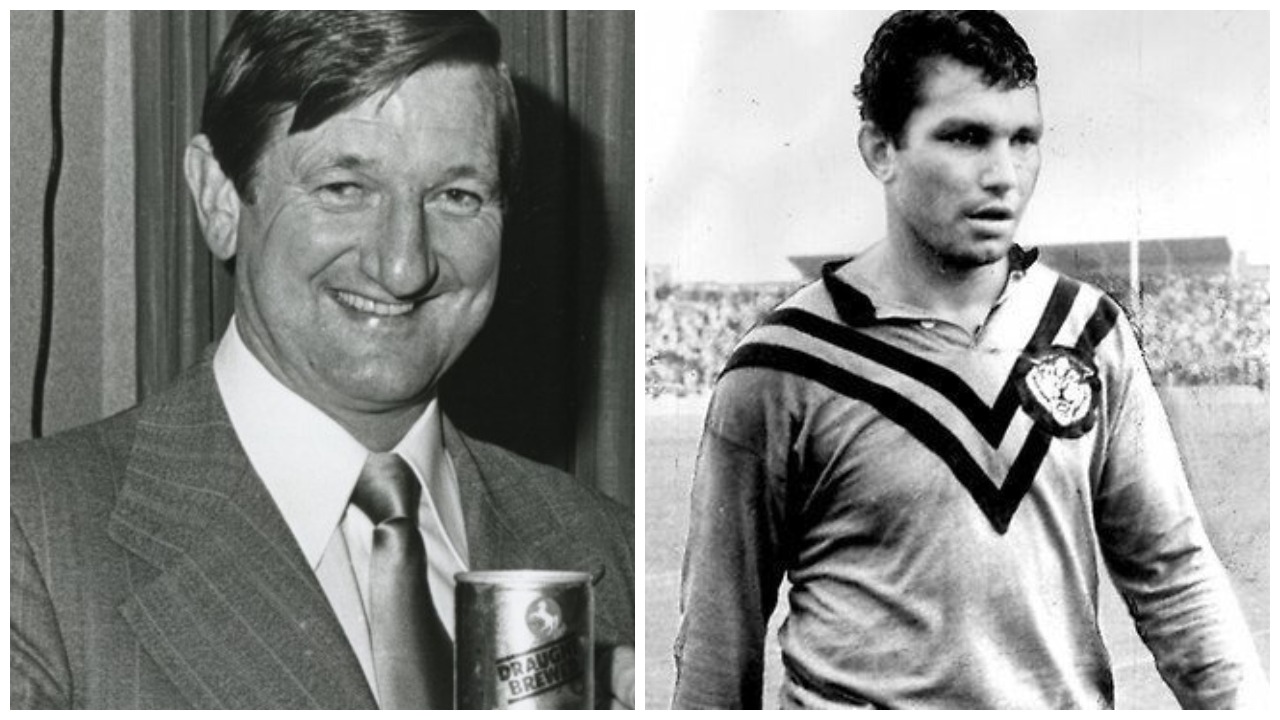 Even though the duo would eventually don black and gold jerseys once again, the battle lines had already been drawn and the enterprising pair were far from content to wave the white flag.

After appealing to the NSWRL, then retracting his plea, and once more being denied the right to walk from beneath Humphrey's white-knuckled thumb, the sculler-come-leaguer-come-activist-come-pioneer took action via inaction and sat out for the entirety of Balmain's 1969 campaign.

In the third verse of his musical warning, Lennon describes a collective protagonist that is riddled with fear and unable to function after the terms of their career had been forced upon them.

In the second chapter of Tutty's time at Tigerland, the lay of the land appeared almost identical.

Forced to trade his studded boots for a suit, Tutty boldly commenced legal proceedings against his club and the league, citing his inability to play at the home of his choosing was a restraint of trade that would not be tolerated in other professions.

Even though the New South Wales Equity Court - and eventually, the High Court of Australia -would agree with him, the revolutionary's actions had come at a considerable cost.

Having been forced to sit out for a pair of seasons, Tutty missed out on a place in Balmain's 11th - and final - Premiership side in 1969. 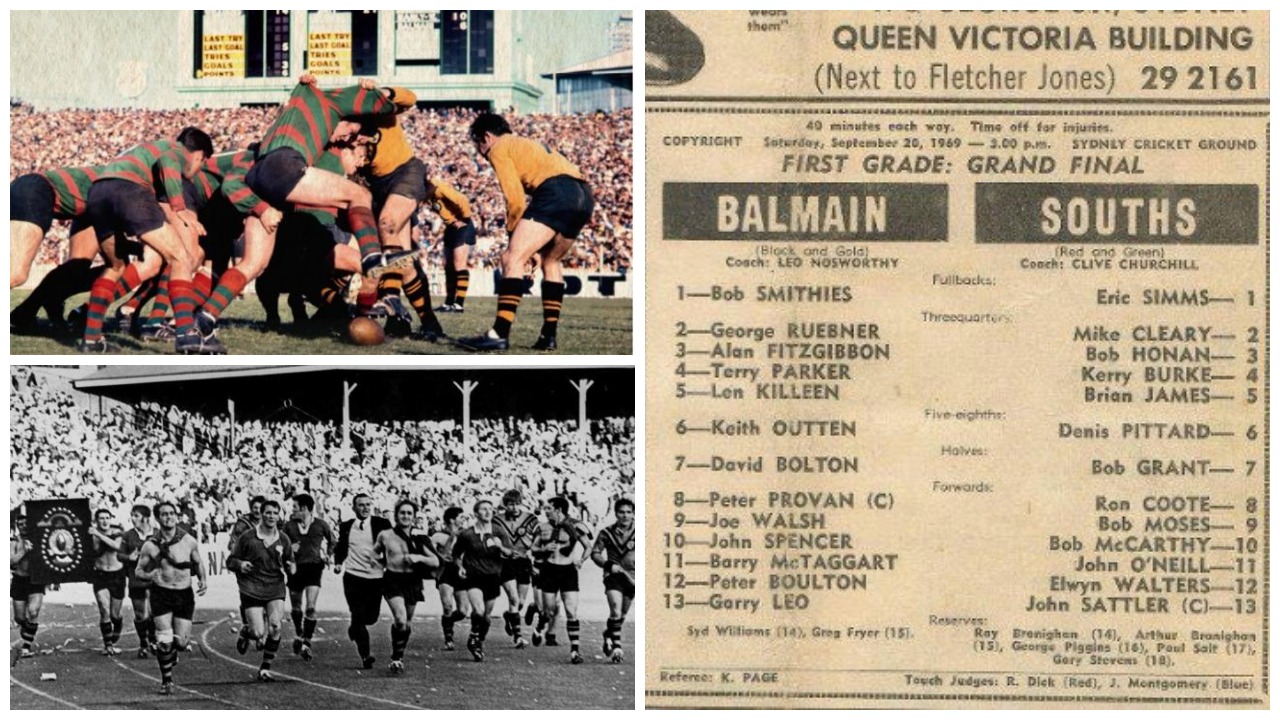 The health of the forward also took a bigger battering than any opposition player could ever deal out having lost a car throughout the proceedings, as well as developing an ulcer due to the persistent stress of keeping his cudgel raised. Depressingly, Tutty's home and marriage were also said to have come under considerable strain too.

Although the refrain of Lennon's track was that a working-class hero was something to be, by the end of 1971, you could bet the dollars that Tutty was missing that he was unlikely to agree with the multi-millionaire musician who earned his crust strumming an acoustic guitar and had traded his humble beginnings for luxurious country manors long beforehand.

"I just loved sport and it really hurt me to have to sit out two years," Tutty said 47-years after his High Court case was heard and decided in under five minutes.

"They were probably the best earning years of my life but I had to wait the third year and go back and play, which I was allowed to do on [a] match-to-match basis, so it was virtually three years for my life's earnings."

Notwithstanding his ill health, red bank statements, and his inability to toast the Tigers' last title, Tutty had broken the shackles of retainment and allowed himself and many other names across the league to sprint towards greener pastures.

For Tutty, this first came after following the Sydways down the M4 to Penrith, and then at the Roosters, before returning back to Balmain for one final season in 1976.

In spite of the fact that he and his contemporaries were able to earn a livable wage for their services on Sundays, Tutty was never afforded another chance to run out onto the SCG on Grand Final day. Tutty's tale - from representing his boyhood club to inadvertently inventing what is now known as 'free agency' - is one that should well inspire workers in any line of work to demand what is rightfully theirs.

However, there are still likely to be others that believe that the man who traded his health and his livelihood for the opportunity for others to blossom may have parted with too much along his journey down the unbeaten path.

Be that as it may, the man whose greatest gift to the game came whilst clad in a suit and tie rather than a collared jersey does not share this contrary view.

When asked last year about how he feels being seen as the principled person that opened the vault for today's players, the now-senior citizen offered his response through a smile and a quivering bottom lip.

"It makes me feel really good," Tutty stated on an NRL-backed documentary.

In the face of his pride, Tutty expressed a singular regret from his battle to boost bottom lines.

"I'm just disappointed that I never got to be a full-time professional Rugby League player," he explained.

"That was one of the things that I would loved to have become like the players today. Them being able to do it is fantastic for me."

So, for those that traded colours, states, and homes across the transfer period in an effort to chase jewelry or add to the girth of their hip-pocket, I sincerely congratulate you, as it is your right to secure exactly what your services are worth in a financial sense.

But if you see a wispy haired man with a tan walk into your local, show him the seat beside you at the bar and order him the first of many drams from the top-shelf, as he is the reason you are no longer forced to wear cement under your fingernails and have been boosted beyond the echelon of the working class for generations now.