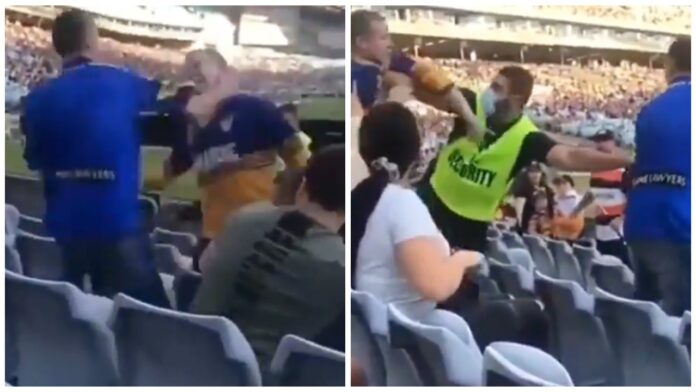 In tough viewing, three fans have been filmed trading punches at Easter Monday’s NRL showdown between Parramatta and the Wests Tigers.

The video, which was uploaded on social media, depicts two fans – bizarrely both wearing Parramatta colours – throwing punches at each other.

SEE ALSO: QUIZ – Do you know these NRL Rules?

One of the men strikes the other, forcing him to stand up where they trade punches back and forth.

As they move away from the camera, a Wests Tigers fan jumps in but instead of defusing the situation, proceeds to side with one of the brawlers and attack the other.

Security eventually broke up the altercation, but it has left a sour taste in many fans mouth.

It isn’t known if the men were charged, nor what caused the intense fight.