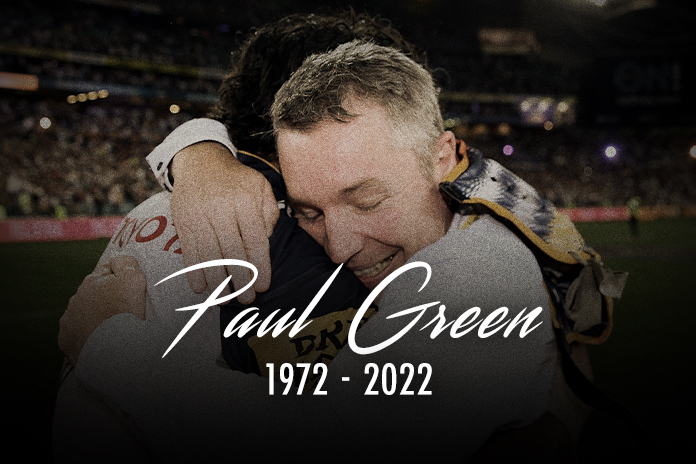 The rugby league world is in shock today with the stunning revelation that premiership-winning coach Paul Green has passed away at his Brisbane home. He was 49.

The cause of death is not currently known, with a post-mortem to be carried out in coming days to help determine what happened.

The Daily Telegraph reports that shocked friends of Green made no mention of any recent illness or health concerns. He was in Sydney for a Cronulla Sharks reunion less than two weeks ago.

A first-grade player and veteran coach, Green will be most remembered for his time at the helm of the North Queensland Cowboys, guiding the team to their first ever premiership success in 2015 and another grand final in 2017. He coached the club 181 times between 2014 and 2020.

He was also in charge of the Queensland Maroons for the 2021 State of Origin series, and was an assistant coach during premiership campaigns by Brisbane (2006) and the Roosters (2013).

The rugby league world is in mourning following the sudden passing of Paul Green, aged 49.

Green was ultimately dismissed from his role with the Maroons because he couldn't promise the QRL he wouldn't take an NRL job if it suddenly appeared. Green was regularly mentioned as a potential candidate for every one of the numerous coaching jobs that has become available this year.

As well as a premiership-winning coach, Green was also a celebrated player with 162 first-grade games to his name for the Cronulla Sharks, North Queensland Cowboys and Roosters. He also spent one season at Parramatta and Brisbane, and represented Queensland 10 times.

He also played two Tests for Australia during the divisive Super League era and won the Rothmans Medal in 1995.

He is survived by his wife and two children.